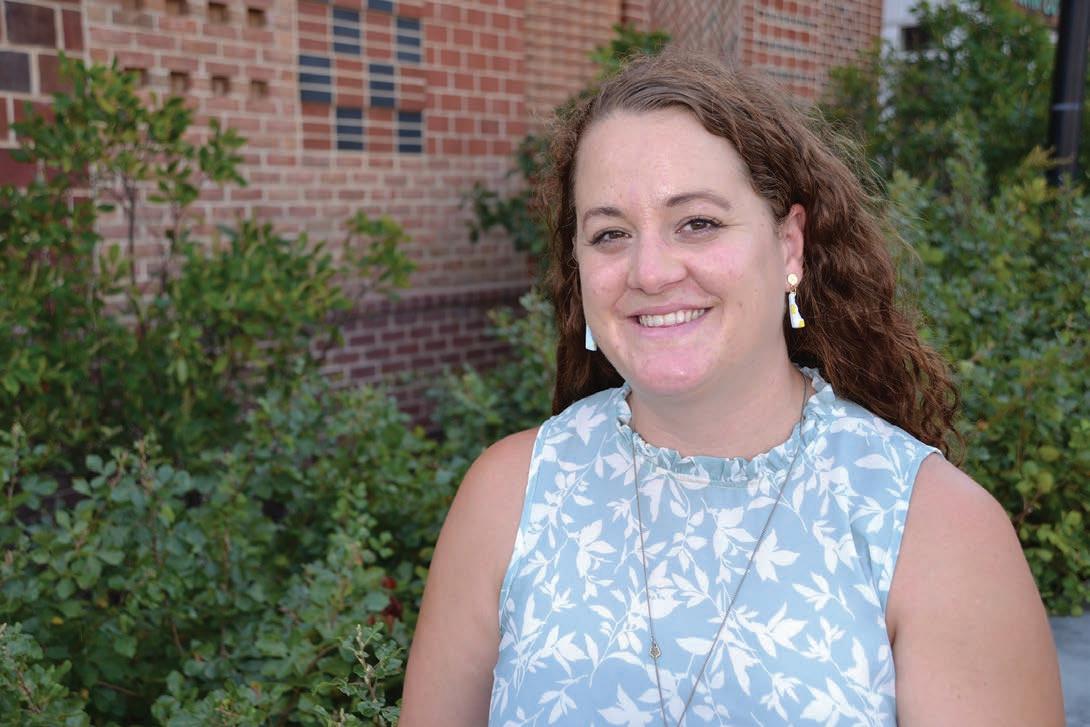 All photos courtesy of Ann Ramsey

For a new state-run museum, Delaware is planning how to interpret hundreds of years of life, work and death at the Cooch’s Bridge Historic Site. The 1923 bridge is a successor to one seized by British light infantry and Hessian mercenaries on Sept. 3, 1777, in the state’s only Revolutionary War battle.

Big future for Cooch’s Bridge The site of the state’s only major Revolutionary War battle is ‘a microcosm of Delaware history’ that merits broad interpretation as a new state museum.

The plans that the Friends of Cooch’s Bridge have for the Cooch’s Bridge Historic Site go far beyond what happened Sept. 3, 1777, in Delaware’s only major Revolutionary War battle.

“It’s a microcosm of Delaware history,” group president Vince Watchorn said of the site. “The whole history of the state can be told there, and there are so many untold stories, so much to review about people who lived and worked and fought and died there to make Delaware what it is.”

That’s a tall order for a 10-acre tract, some buildings and a modern successor of that bridge.

State officials agree with the Friends. That matters a lot because Delaware owns the site, near Glasgow, and plans to turn it into the sixth museum run by the Division of Historical and Cultural Affairs, joining the John Dickinson Plantation, Johnson Victrola Museum, New Castle Court House Museum, Old State House and Zwaanendael Museum.

“We want to tell an inclusive story about everyone who lived and worked there,” said Dan Citron, the state’s historic sites program manager. “It’s a really important site. It’s a really exciting site. We just need to make it work. It’s logistically complex.”

The state’s 10 acres are on both sides of a busy road and both sides of the Christina River, and railroad tracks run nearby. All are factors in developing safe experiences for visitors.

People interested in expressing their ideas should write to museums@delaware.gov, Citron said.

The site is not yet open to the public, but the Friends will conduct tours, booked through its website.

The nexus is that bridge, carrying Old Baltimore Pike over the Christina which served as a chokepoint in 1777 between Baltimore and Philadelphia. The current bridge dates to 1923.

“We always thought it was hallowed ground, not to be developed,” said Richard R. Cooch, the great-great-great-greatgreat-great-grandson of the first Cooch to own the land. He didn’t know how much the family once owned, but he recalled a history that said “it was as far as the eye can see.”

The Cooches now own 175 adjacent acres. They sold development rights years ago and lease it out for farming. Their holdings once extended beyond Route 896 to the west, beyond Interstate 95 to the north, beyond Route 72 to the east and beyond Old Baltimore Pike to the south.

Google satellite maps depict that rectangle bound by those four roads as mostly green – the conserved farmland, the historic site and undevelopable floodplains. But development looms nearby.

Vertie Lee, director of educational programs with the Delaware Division of Historical and Cultural Affairs, photographs a remnant of a 19th-century walkway over the “big dam.”

Richard R. Cooch shares childhood memories of the “big dam” with Marilyn Whittington, one of the site’s directors. A “little dam” is nearby on the Christina. Friends president Vince Watchorn explains to Lee how the site embodies multiple facets of Delaware history.

Board approved a plan for 1 million square feet of warehouse space a mile or so to the south, between Glasgow High and Glasgow Regional Park.

“It’s a sad day to see that our history – the American Indian history, the American battlefield history – is going to be wiped out by three large manufacturing buildings,” board member Karen Anderson told the Newark Post. “It’s heartbreaking that we do not value history.”

A New Castle County attorney told board members that they had to approve the proposal, because it was merely an update of an approved 2008 plan by W.L. Gore.

Modern history of the site dates to at least 1726, when European settlers were recorded using the free water power of the Christina for milling flour. Thomas Cooch bought some land in 1746. Over the decades, other members of the family added to and let go of land. Iron Hill Park, for instance, was Cooch land. But preserving the historic core

The site includes eight buildings – the 1760 homestead, a smokehouse, an icehouse, a chicken coop, a shed, a granary, a carriage house and a privy – and remnants and suggestions of a few more.

Historical archaeologist Wade P. Catts is assessing the family archives for Cooch and his sister, Anne Cooch Doran. They include “diaries, maps, deeds, correspondence and other documents that tell the story of the house and the area,” Cooch said, adding that he and his sister want the best allocation for the material, and what it reveals about the area’s social history. Maybe that’s the site named for them, maybe the Delaware Public Archives, he said.

They also need to consider the future of family collections – arrowheads found on the land, farming equipment and manuals passed down the generations. When the property sale was announced on Delaware Day in 2018, the Cooches presented the state with five cannonballs found on the land.

The state is studying the feasibility of creating trails linking Cooch’s Bridge to the Cooch-Dayett Mill, part of a 60-acre state property just to the south. Into the future, advocates

hope for more trails to link with the county’s Iron Hill Park to the west and Glasgow Regional Park further south, through Sunset Lake Preserve, managed as part of Lums Pond State Park.

Watchorn said the Friends have connected with nearby historic sites, such as the Pencader Heritage Museum and the Iron Hill Science Center. They have partnered with the Daughters of the American Revolution, the Delaware Historical Society, the Delaware Social Justice Remembrance Coalition, the Greenwich Cemetery Association and the Washington-Rochambeau Revolutionary Association. The New Jersey Cemetery Association is a partner because it’s where Maxwell is buried.

He also wants to build ties with the Newark Historical Society and the Newark NAACP branch.

The group, which first met in 2020, follows the Friends of Cooch’s Bridge Battlefield, a group that made its last Facebook post in 2019 and has abandoned its website.

The new Friends group has mapped out a 10-year, $1.7 million plan, focused first on restoration. “It’s important to take care of what we have before we build anything new,” Watchorn said.

Of course, it’s only advising the state, but its existence is important for raising funds and awareness.

The state paid $1.1 million to the Cooches for the 10 acres, and the family donated 20 percent of the proceeds to the Cooch’s Bridge Historic District Fund, which supports maintenance and preservation.

For the first time, the state’s latest budget specifies spending for Cooch’s Bridge: about $225,000 in fiscal 2022 for the first site supervisor and operating expenses, Citron said.

Work is progressing on making the site available to the public and on delving into its history.

One part of that history (or not) is a story that the American flag was first flown in battle here. So says “The Battle of Cooch’s Bridge,” a 1940 work by Edward W. Cooch. So negates the Delaware Division of Libraries, in a 2011 blog post.

“It’s an an interesting thing about history when you challenge the assumptions,” Richard R. Cooch said. “It unfolds. The story about the flag ripened into an immutable fact, but it can’t be proven.”

The site is surprisingly pristine for being so close to Interstate 95. The state owns 10 acres, and the Cooch family has arranged for a conservation easement on an adjacent 175 acres.

This story is from:
Newark Life Fall/Winter 2021
by Ad Pro Inc.