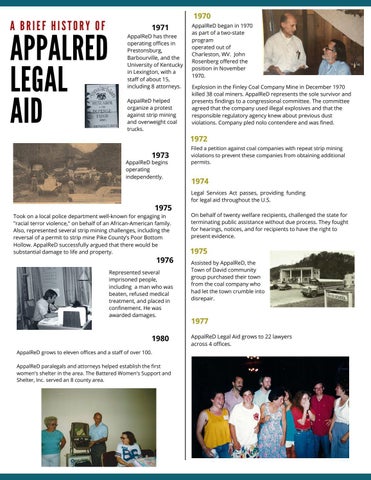 AppalReD has three operating offices in Prestonsburg, Barbourville, and the University of Kentucky in Lexington, with a staff of about 15, including 8 attorneys. AppalReD helped organize a protest against strip mining and overweight coal trucks.

AppalReD began in 1970 as part of a two-state program operated out of Charleston, WV. John Rosenberg offered the position in November 1970. Explosion in the Finley Coal Company Mine in December 1970 killed 38 coal miners. AppalReD represents the sole survivor and presents findings to a congressional committee. The committee agreed that the company used illegal explosives and that the responsible regulatory agency knew about previous dust violations. Company pled nolo contendere and was fined.

Took on a local police department well-known for engaging in &quot;racial terror violence,&quot; on behalf of an African-American family. Also, represented several strip mining challenges, including the reversal of a permit to strip mine Pike County’s Poor Bottom Hollow. AppalReD successfully argued that there would be substantial damage to life and property.

Represented several imprisoned people, including a man who was beaten, refused medical treatment, and placed in confinement. He was awarded damages.

1980 AppalReD grows to eleven offices and a staff of over 100. AppalReD paralegals and attorneys helped establish the first women&#39;s shelter in the area. The Battered Women&#39;s Support and Shelter, Inc. served an 8 county area.

Filed a petition against coal companies with repeat strip mining violations to prevent these companies from obtaining additional permits.

1974 Legal Services Act passes, providing funding for legal aid throughout the U.S. On behalf of twenty welfare recipients, challenged the state for terminating public assistance without due process. They fought for hearings, notices, and for recipients to have the right to present evidence.

1975 Assisted by AppalReD, the Town of David community group purchased their town from the coal company who had let the town crumble into disrepair.

50th anniversary edition of The Summit, includes a special photographic timeline of the last 50 years along with an interview of alumni Christine Freeman and features information on AppalReD's current eviction and domestic violence work. 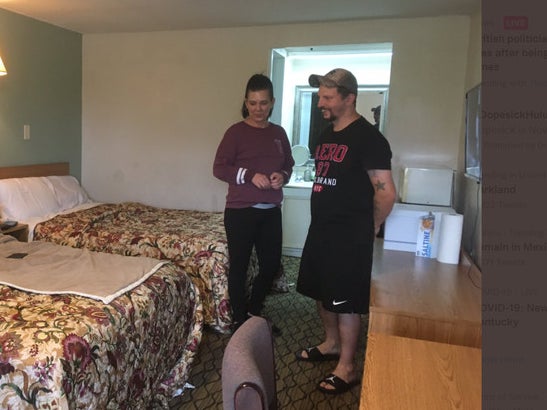 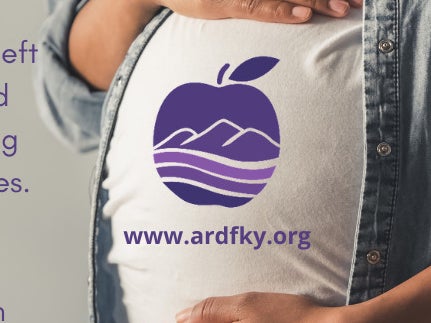 Conference moves to Richmond for 2022 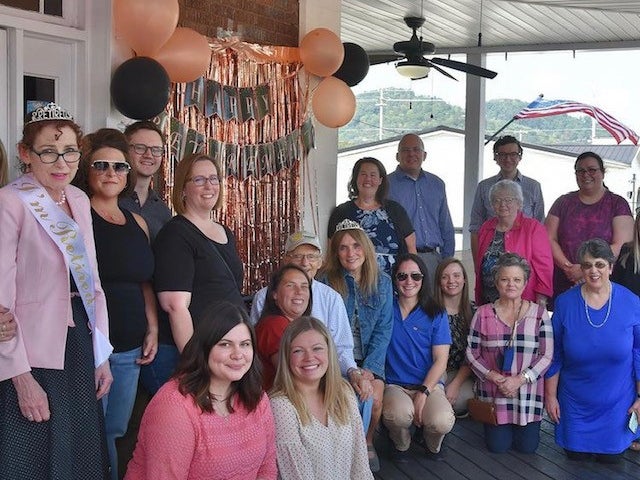 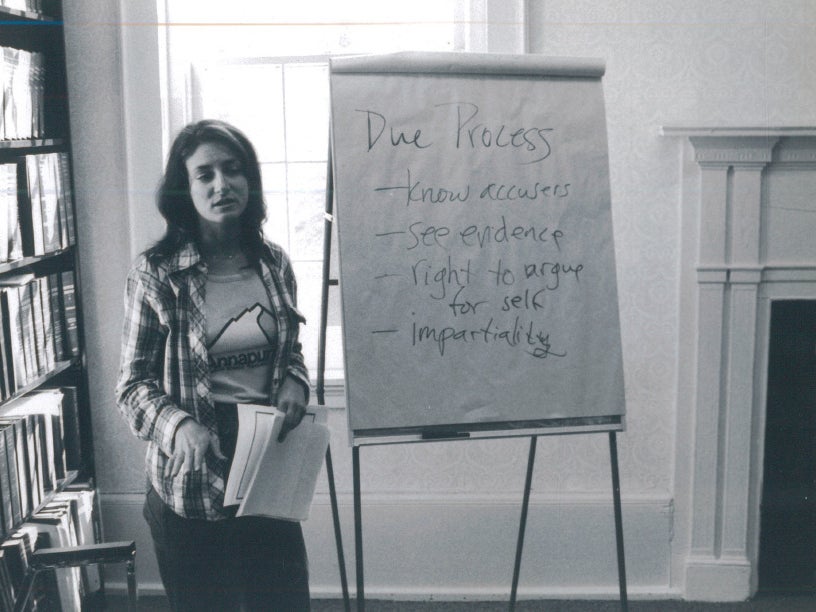