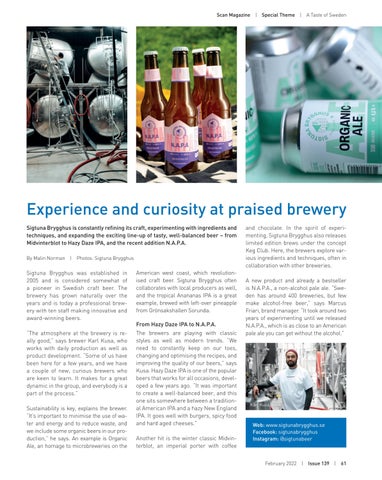 Experience and curiosity at praised brewery Sigtuna Brygghus is constantly refining its craft, experimenting with ingredients and techniques, and expanding the exciting line-up of tasty, well-balanced beer – from Midvinterblot to Hazy Daze IPA, and the recent addition N.A.P.A. By Malin Norman |

Sigtuna Brygghus was established in 2005 and is considered somewhat of a pioneer in Swedish craft beer. The brewery has grown naturally over the years and is today a professional brewery with ten staff making innovative and award-winning beers.

“The atmosphere at the brewery is really good,” says brewer Karl Kusa, who works with daily production as well as product development. “Some of us have been here for a few years, and we have a couple of new, curious brewers who are keen to learn. It makes for a great dynamic in the group, and everybody is a part of the process.”

The brewers are playing with classic styles as well as modern trends. “We need to constantly keep on our toes, changing and optimising the recipes, and improving the quality of our beers,” says Kusa. Hazy Daze IPA is one of the popular beers that works for all occasions, developed a few years ago. “It was important to create a well-balanced beer, and this one sits somewhere between a traditional American IPA and a hazy New England IPA. It goes well with burgers, spicy food and hard aged cheeses.”

Sustainability is key, explains the brewer. “It’s important to minimise the use of water and energy and to reduce waste, and we include some organic beers in our production,” he says. An example is Organic Ale, an homage to microbreweries on the

From Hazy Daze IPA to N.A.P.A.

Another hit is the winter classic Midvinterblot, an imperial porter with coffee

and chocolate. In the spirit of experimenting, Sigtuna Brygghus also releases limited edition brews under the concept Keg Club. Here, the brewers explore various ingredients and techniques, often in collaboration with other breweries. A new product and already a bestseller is N.A.P.A., a non-alcohol pale ale. “Sweden has around 400 breweries, but few make alcohol-free beer,” says Marcus Friari, brand manager. “It took around two years of experimenting until we released N.A.P.A., which is as close to an American pale ale you can get without the alcohol.” 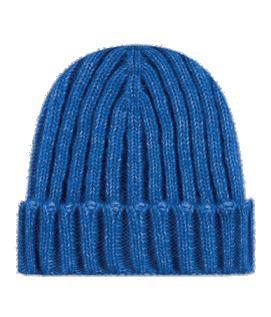 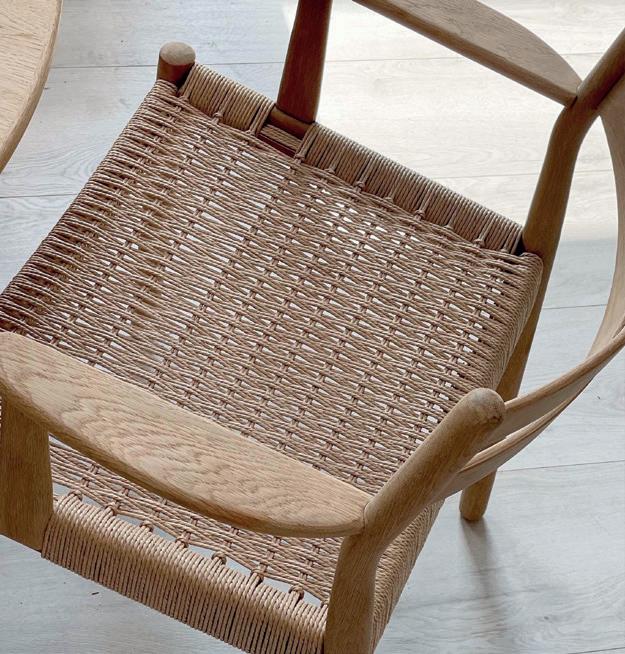 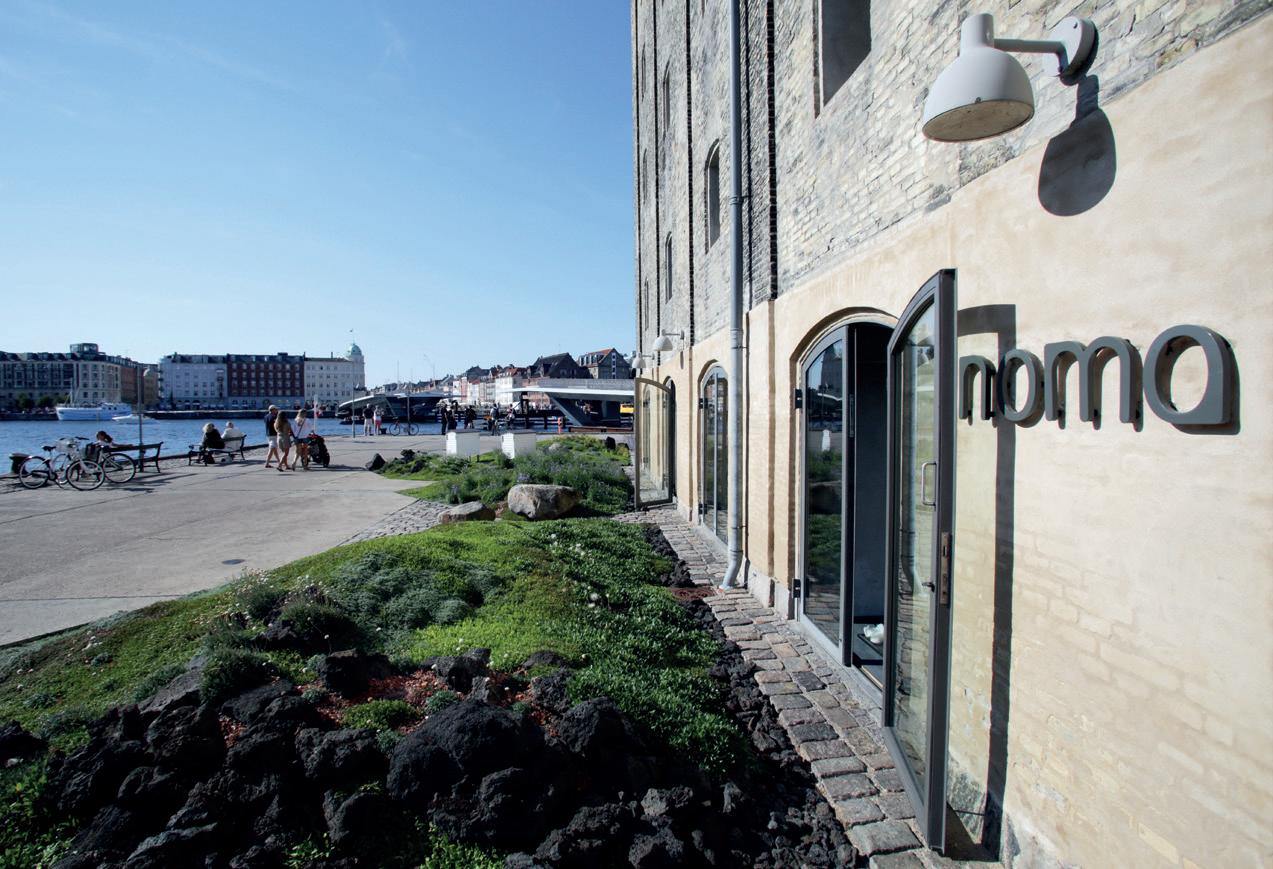 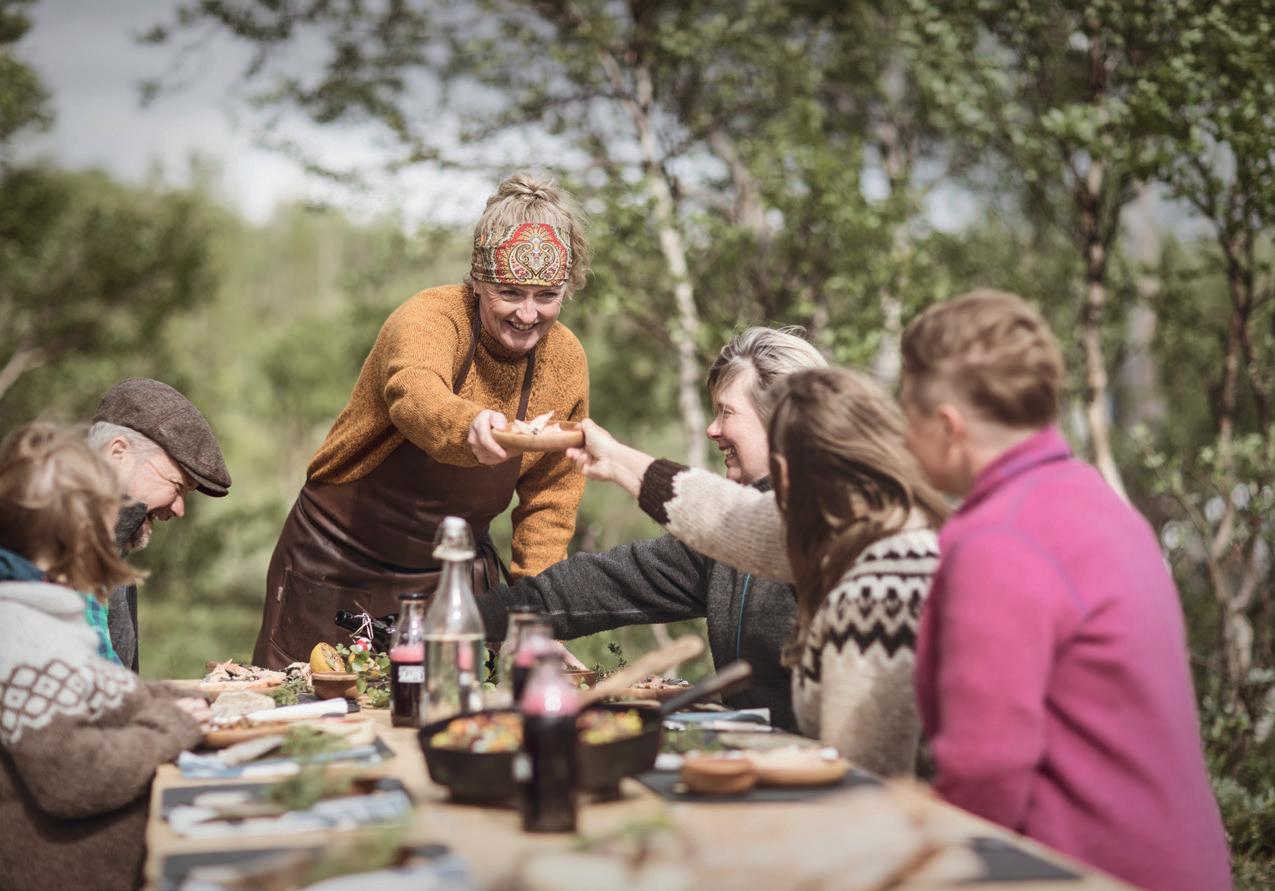 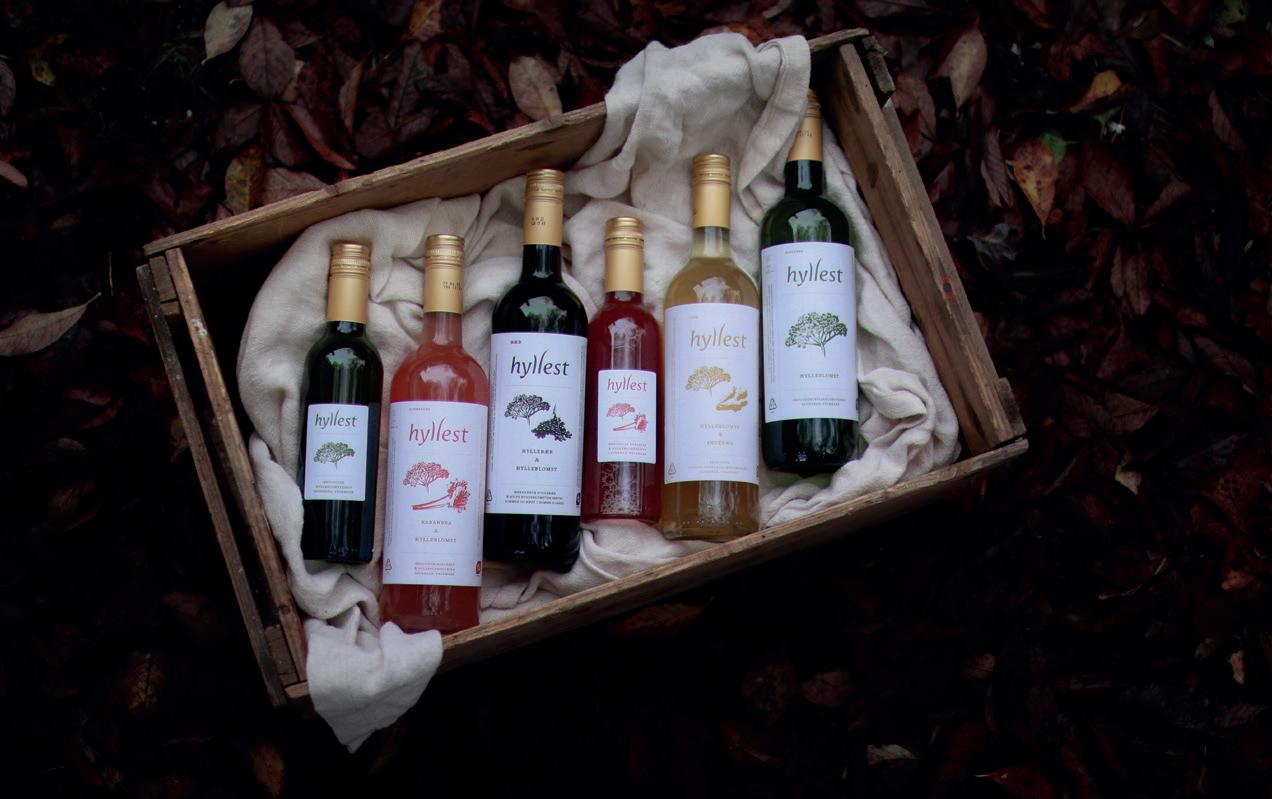 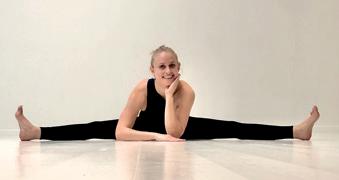 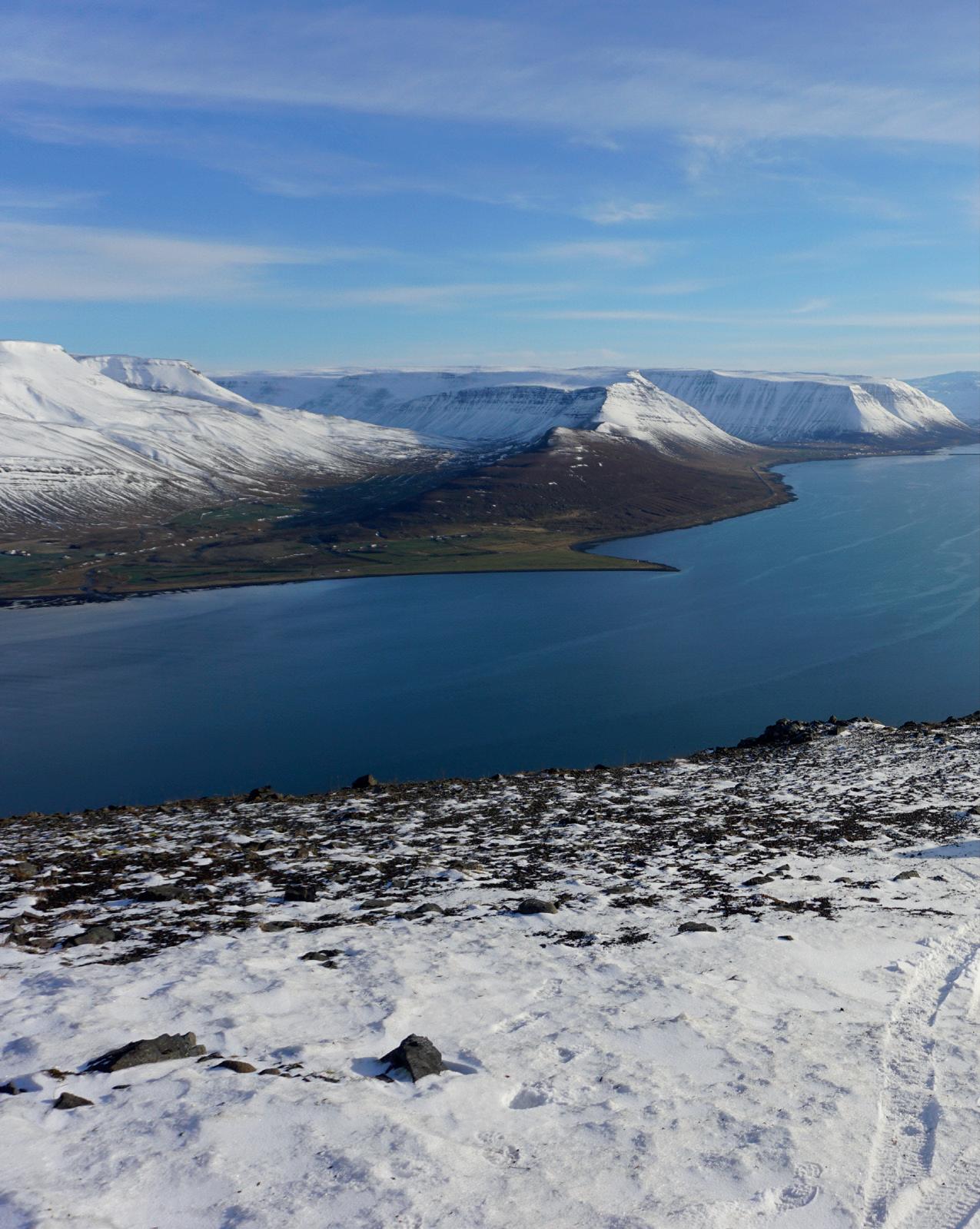