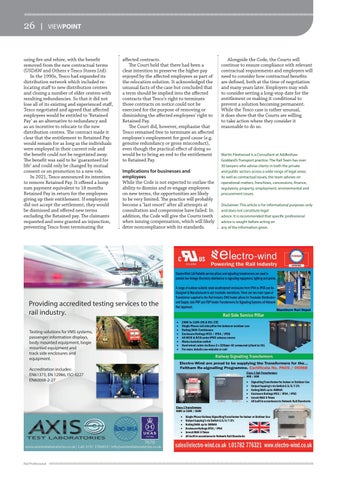 using fire and rehire, with the benefit removed from the new contractual terms (USDAW and Others v Tesco Stores Ltd). In the 1990s, Tesco had expanded its distribution network which included relocating staff to new distribution centres and closing a number of older centres with resulting redundancies. So that it did not lose all of its existing and experienced staff, Tesco negotiated and agreed that affected employees would be entitled to ‘Retained Pay’ as an alternative to redundancy and as an incentive to relocate to the new distribution centres. The contract made it clear that the entitlement to Retained Pay would remain for as long as the individuals were employed in their current role and the benefit could not be negotiated away. The benefit was said to be ‘guaranteed for life’ and could only be changed by mutual consent or on promotion to a new role. In 2021, Tesco announced its intention to remove Retained Pay. It offered a lump sum payment equivalent to 18 months Retained Pay in return for the employees giving up their entitlement. If employees did not accept the settlement, they would be dismissed and offered new terms excluding the Retained pay. The claimants requested and were granted an injunction, preventing Tesco from terminating the

affected contracts. The Court held that there had been a clear intention to preserve the higher pay enjoyed by the affected employees as part of the relocation solution. It acknowledged the unusual facts of the case but concluded that a term should be implied into the affected contracts that Tesco&#39;s right to terminate those contracts on notice could not be exercised for the purpose of removing or diminishing the affected employees&#39; right to Retained Pay. The Court did, however, emphasise that Tesco remained free to terminate an affected employee&#39;s employment for good cause (e.g. genuine redundancy or gross misconduct), even though the practical effect of doing so would be to bring an end to the entitlement to Retained Pay. Implications for businesses and employees While the Code is not expected to outlaw the ability to dismiss and re-engage employees on new terms, the opportunities are likely to be very limited. The practice will probably become a ‘last resort’ after all attempts at consultation and compromise have failed. In addition, the Code will give the Courts teeth when issuing compensation, which will likely deter noncompliance with its standards.

Alongside the Code, the Courts will continue to ensure compliance with relevant contractual requirements and employers will need to consider how contractual benefits are defined, both at the time of negotiation and many years later. Employers may wish to consider setting a long-stop date for the entitlement or making it conditional to prevent a solution becoming permanent. While the Tesco case is rather unusual, it does show that the Courts are willing to take action where they consider it reasonable to do so.

Martin Fleetwood is a Consultant at Addleshaw Goddard’s Transport practice. The Rail Team has over 30 lawyers who advise clients in both the private and public sectors across a wide range of legal areas. As well as contractual issues, the team advises on operational matters, franchises, concessions, finance, regulatory, property, employment, environmental and procurement issues. Disclaimer: This article is for informational purposes only and does not constitute legal advice. It is recommended that specific professional advice is sought before acting on any of the information given. 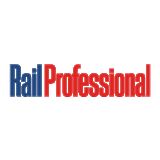