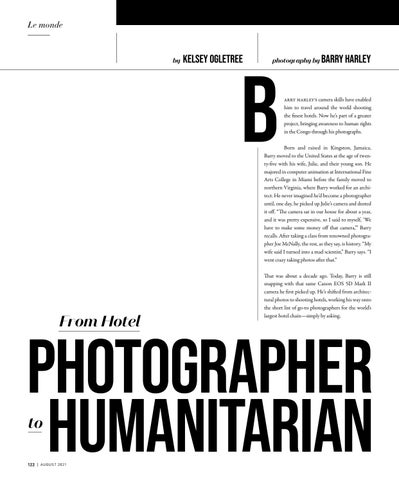 arry harley s camera skills have enabled him to travel around the world shooting the finest hotels. Now he’s part of a greater project, bringing awareness to human rights in the Congo through his photographs.

Born and raised in Kingston, Jamaica, Barry moved to the United States at the age of twenty-five with his wife, Julie, and their young son. He majored in computer animation at International Fine Arts College in Miami before the family moved to northern Virginia, where Barry worked for an architect. He never imagined he’d become a photographer until, one day, he picked up Julie’s camera and dusted it off. “The camera sat in our house for about a year, and it was pretty expensive, so I said to myself, ‘We have to make some money off that camera,’” Barry recalls. After taking a class from renowned photographer Joe McNally, the rest, as they say, is history. “My wife said I turned into a mad scientist,” Barry says. “I went crazy taking photos after that.”

That was about a decade ago. Today, Barry is still snapping with that same Canon EOS 5D Mark II camera he first picked up. He’s shifted from architectural photos to shooting hotels, working his way onto the short list of go-to photographers for the world’s largest hotel chain—simply by asking.

The wild blue yonder spreads as far as the eye can see in the form of the beautiful sky and the shimmering Gulf of Mexico from this pool deck overlooking the sand in Seagrove Beach, Florida. Linda Miller Real Estate, one of the area’s leading brokerages for luxury homes, recently listed this beauty for $12.5 million. It was built by Benecki Fine Homes and features decor by Melanie Turner Interiors. This is just one of many multimillion-dollar sales to close in the Scenic Highway 30-A area in the past year. Miller speaks to us on the thriving market, the 30-A lifestyle, and more in our cover story. Browse this Spaces & Places issue for more beautiful architecture and design from the 30-A area and around the US, plus interior designers, hotels and resorts, people doing good around the world, a gorgeous Alys Beach wedding, and more Stories with Heart & Soul! 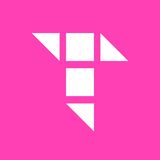