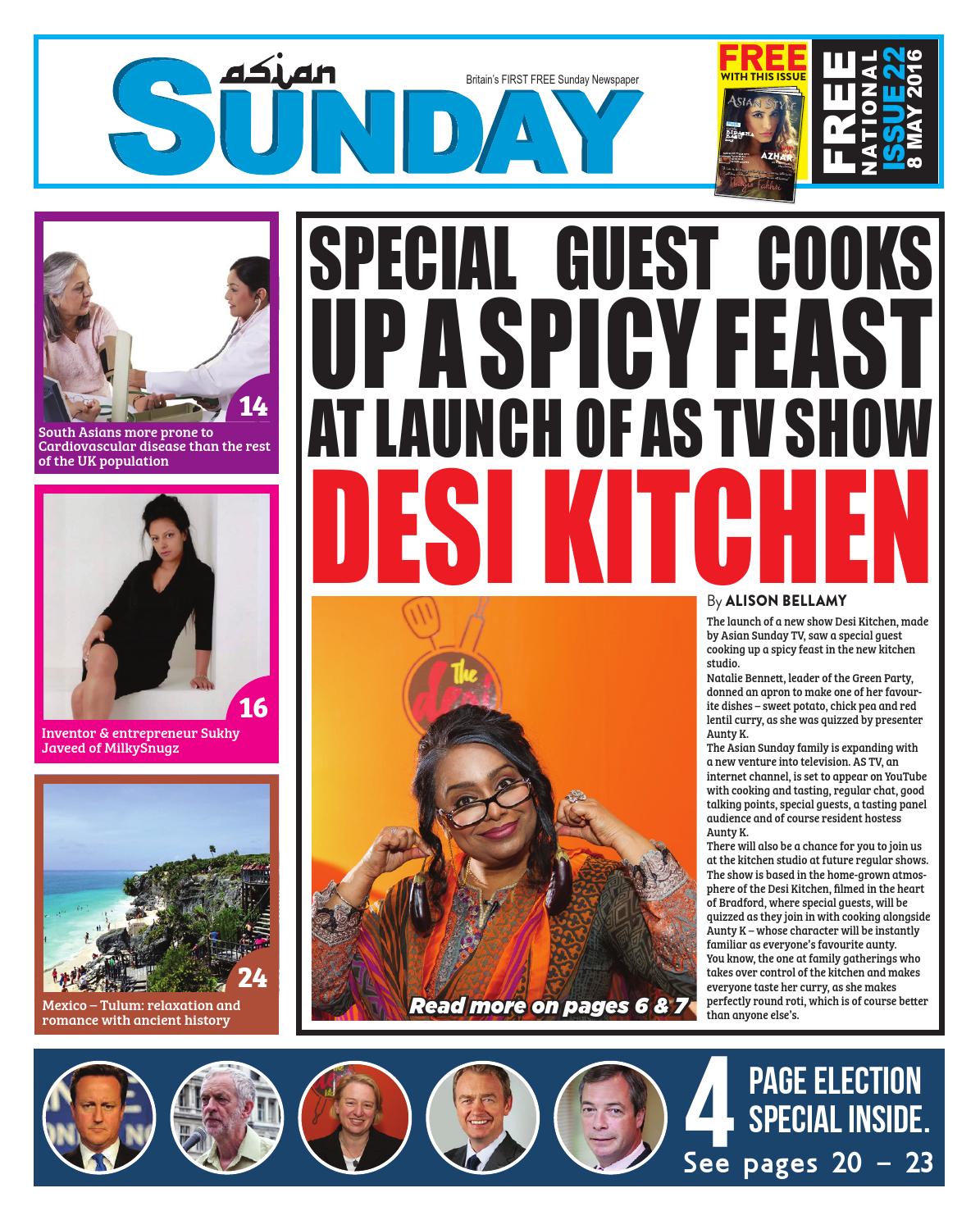 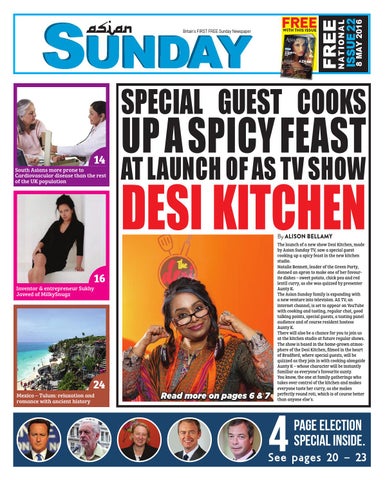 waTch Ask AyeshA: WITh oUr VEgaN rECIpES r in cineYou mas… beau ty see insid e! questio “ If I am on the subway ns in New York and answered someo I will have a conve ne talks to me, rsation with them - we are all human s!” TaNTaLISE ThoSE DESI TaSTE-bUDS

up a spicy feast at launch of AS TV show

The launch of a new show Desi Kitchen, made by Asian Sunday TV, saw a special guest cooking up a spicy feast in the new kitchen studio. Natalie Bennett, leader of the Green Party, donned an apron to make one of her favourite dishes – sweet potato, chick pea and red lentil curry, as she was quizzed by presenter Aunty K. The Asian Sunday family is expanding with a new venture into television. AS TV, an internet channel, is set to appear on YouTube with cooking and tasting, regular chat, good talking points, special guests, a tasting panel audience and of course resident hostess Aunty K. There will also be a chance for you to join us at the kitchen studio at future regular shows. The show is based in the home-grown atmosphere of the Desi Kitchen, filmed in the heart of Bradford, where special guests, will be quizzed as they join in with cooking alongside Aunty K – whose character will be instantly familiar as everyone’s favourite aunty. You know, the one at family gatherings who takes over control of the kitchen and makes everyone taste her curry, as she makes perfectly round roti, which is of course better than anyone else’s.