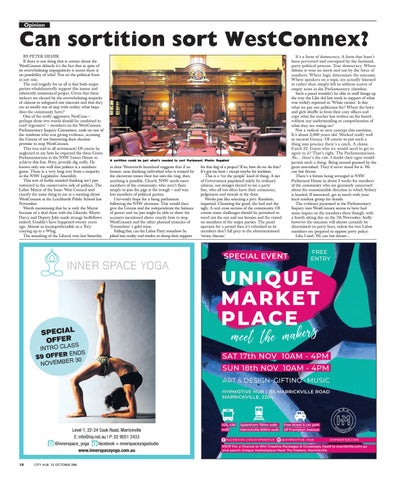 Can sortition sort WestConnex? By Peter Hehir If there is one thing that is certain about the WestConnex debacle it’s the fact that in spite of its overwhelming unpopularity it seems there is no possibility of relief. Not on the political front at any rate. The real tragedy for us all is that both major parties wholeheartedly support this insane and inherently nonsensical project. Given that these turkeys are elected by the overwhelming majority of citizens to safeguard our interests and that they are so totally out of step with reality, what hope does the community have? One of the really aggressive NeoCons – perhaps those two words should be combined to read ‘regressive’ – members on the WestConnex Parliamentary Inquiry Committee, took on one of the residents who was giving evidence, accusing the Greens of not honouring their election promise to stop WestConnex. This was said in all seriousness! Of course he neglected to say how he expected the three Green Parliamentarians in the NSW Lower House to achieve this feat. Petty, juvenile dig really. He knows only too well that politics is a numbers game. Three is a very long way from a majority in the NSW Legislative Assembly. This sort of feeble minded thinking isn’t just restricted to the conservative side of politics. The Labor Mayor of the Inner West Council said exactly the same thing to me at a meeting about WestConnex at the Leichhardt Public School last November. Worth mentioning that he is only the Mayor because of a deal done with the Liberals. Mayor Darcy and Deputy Julie made strange bedfellows indeed. Couldn’t have happened twenty years ago. Almost as incomprehensible as a Tory cosying up to a Whig. The smashing of the Liberal vote last Saturday

It’s a form of democracy. A form that hasn’t been perverted and corrupted by the factional, party political process. True democracy. Where debate is won on merit and not by the force of numbers. Where logic determines the outcome. Where speakers on a topic are actually listened to rather than simply left to address scores of empty seats in the Parliamentary chamber. Such a panel wouldn’t be able to stuff things up the way the Libs did last week in support of what was widely reported as ‘White racism’. Is this what we pay our politicians for? Where the boys and girls shuffle in from their cosy offices and copy what the teacher has written on the board, without any understanding or comprehension of what they are voting on? Not a radical or new concept this sortition. It’s about 2,000 years old. Worked really well in ancient Greece. Of course to put such a thing into practice there’s a catch. A classic Catch 22. Guess who we would need to get to agree to it? That’s right. The Parliamentarians. Ah… there’s the rub. I doubt their egos would permit such a thing. Being second guessed by the great unwashed. They’d never stand for it. We can but dream. There’s a forum being arranged at NSW Parliament House in about 3 weeks for members of the community who are genuinely concerned about the unsustainable direction in which Sydney is headed. If interested, get in touch with your local resident group for details. The evidence presented at the Parliamentary Inquiry into WestConnex seems to have had some impact on the members there though, with a fourth sitting day on the 7th November. Sadly however the outcome will almost certainly be determined on party lines, unless the two Labor members are prepared to oppose party policy. Like I said. We can but dream…

A sortition could be just what’s needed to sort Parlament. Photo: Supplied

in their Wentworth heartland suggests that if an honest, sane thinking individual who is trusted by the electorate tosses their hat into the ring, then anything is possible. Clearly NSW needs more members of the community, who aren’t there simply to join the pigs at the trough – and way less members of political parties. I fervently hope for a hung parliament following the NSW elections. This would then give the Greens and the independents the balance of power and we just might be able to show the accusers mentioned above exactly how to stop WestConnex and the other planned tentacles of Transurban’ s gold mine. Failing that, can the Labor Party somehow be jolted into reality and resolve to dump their support

for this dog of a project? If so, how do we do that? It’s got me beat – except maybe for sortition. This is a ‘we the people’ kind of thing. A tier of Government populated solely by ordinary citizens, not stooges elected to toe a party line, who all too often leave their conscience, judgement and morals at the door. Works just like selecting a jury. Random, impartial. Choosing the good, the bad and the ugly. A real cross section of the community. Of course some challenges should be permitted to weed out the out and out loonies and the rusted on members of the major parties. The panel operates for a period then it’s refreshed so its members don’t fall prey to the aforementioned ‘swine disease’. 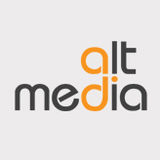