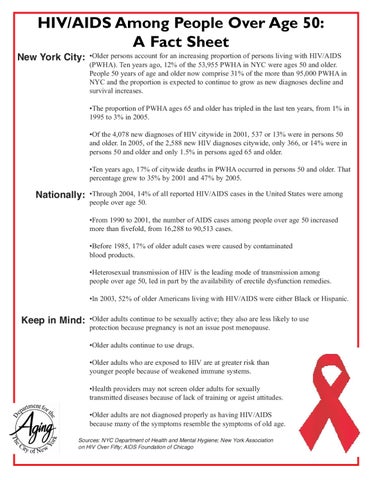 •In 2003, 52% of older Americans living with HIV/AIDS were either Black or Hispanic.

HIV/AIDS Among People Over Age 50: A Fact Sheet

The fact sheet provide information specific to NYC as well as nationally about HIV/AIDS among people over Age 50.