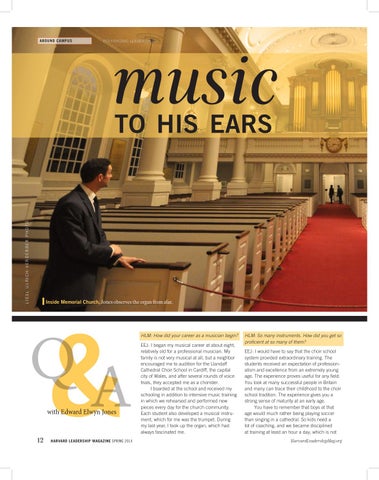 Inside Memorial Church, Jones observes the organ from afar.

HLM: How did your career as a musician begin?

HLM: So many instruments. How did you get so

EEJ: I began my musical career at about eight, EEJ: I would have to say that the choir school family is not very musical at all, but a neighbor encouraged me to audition for the Llandaff Cathedral Choir School in Cardiff, the capital city of Wales, and after several rounds of voice I boarded at the school and received my schooling in addition to intensive music training in which we rehearsed and performed new Each student also developed a musical instrumy last year, I took up the organ, which had

You have to remember that boys at that age would much rather being playing soccer lot of coaching, and we became disciplined at training at least an hour a day, which is not HarvardLeadershipMag.org 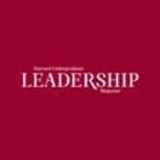