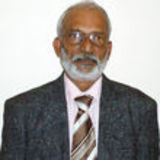 I was the Bahrain Correspondent for ‘Middle East Electricity’ magazine published by Reeds, U.K. from 1985-1990. I worked as the Media Manager (India) for Washington, DC-based publication ‘Business Times’ which promotes India’s commercial interests in North America, from 1993 to 2008. I was the editor and publisher of ‘Sun Power’, a quarterly renewable energy magazine published from Mumbai during 1995-2008. I also worked as the Sub-Editor-Media Manager for a quarterly energy/environment magazine titled ‘energyⁿ manager’ published by The Society of Energy Engineers and Managers, India, from Feb.2008 to Feb.2011. Currently, I am the editor and publisher of a bi-monthly energy/environment journal titled 'Energy Blitz' launched in August 2011. My contact address: ‘Pallavi’, Kulapully P.O., Shoranur – 679122, Kerala, India Tel: +91-466-2220852 – Mobile: 09995081018 – E-Mail:moothedathramanathan@gmail.com