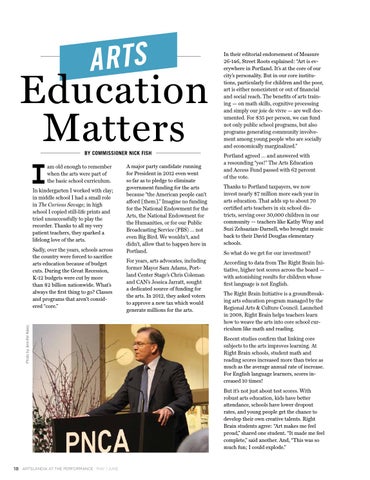 am old enough to remember when the arts were part of the basic school curriculum. In kindergarten I worked with clay; in middle school I had a small role in The Curious Savage; in high school I copied still-life prints and tried unsuccessfully to play the recorder. Thanks to all my very patient teachers, they sparked a lifelong love of the arts.

Sadly, over the years, schools across the country were forced to sacrifice arts education because of budget cuts. During the Great Recession, K-12 budgets were cut by more than $2 billion nationwide. What’s always the first thing to go? Classes and programs that aren’t considered “core.”

A major party candidate running for President in 2012 even went so far as to pledge to eliminate government funding for the arts because “the American people can’t afford [them].” Imagine no funding for the National Endowment for the Arts, the National Endowment for the Humanities, or for our Public Broadcasting Service (PBS) … not even Big Bird. We wouldn’t, and didn’t, allow that to happen here in Portland. For years, arts advocates, including former Mayor Sam Adams, Portland Center Stage’s Chris Coleman and CAN’s Jessica Jarratt, sought a dedicated source of funding for the arts. In 2012, they asked voters to approve a new tax which would generate millions for the arts.

In their editorial endorsement of Measure 26-146, Street Roots explained: “Art is everywhere in Portland. It’s at the core of our city’s personality. But in our core institutions, particularly for children and the poor, art is either nonexistent or out of financial and social reach. The benefits of arts training — on math skills, cognitive processing and simply our joie de vivre — are well documented. For $35 per person, we can fund not only public school programs, but also programs generating community involvement among young people who are socially and economically marginalized.” Portland agreed … and answered with a resounding “yes!” The Arts Education and Access Fund passed with 62 percent of the vote. Thanks to Portland taxpayers, we now invest nearly $7 million more each year in arts education. That adds up to about 70 certified arts teachers in six school districts, serving over 30,000 children in our community — teachers like Kathy Wray and Suzi Zehsazian-Darnell, who brought music back to their David Douglas elementary schools. So what do we get for our investment? According to data from The Right Brain Initiative, higher test scores across the board — with astonishing results for children whose first language is not English. The Right Brain Initiative is a groundbreaking arts education program managed by the Regional Arts & Culture Council. Launched in 2008, Right Brain helps teachers learn how to weave the arts into core school curriculum like math and reading. Recent studies confirm that linking core subjects to the arts improves learning. At Right Brain schools, student math and reading scores increased more than twice as much as the average annual rate of increase. For English language learners, scores increased 10 times! But it’s not just about test scores. With robust arts education, kids have better attendance, schools have lower dropout rates, and young people get the chance to develop their own creative talents. Right Brain students agree: “Art makes me feel proud,” shared one student. “It made me feel complete,” said another. And, “This was so much fun; I could explode.”

Artslandia at the Performance may | june 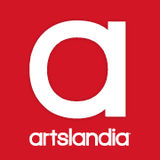 Artslandia at the Performance May/June 2015

Artslandia at the Performance May/June 2015