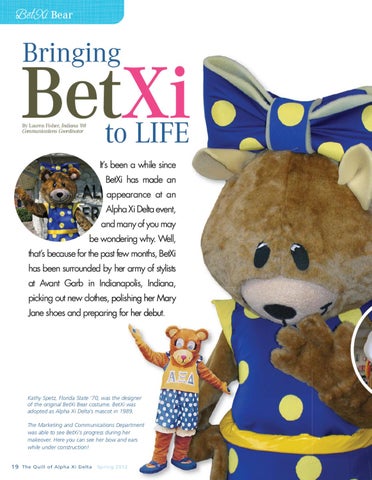 It’s been a while since BetXi has made an appearance at an Alpha Xi Delta event, and many of you may be wondering why. Well, that’s because for the past few months, BetXi has been surrounded by her army of stylists at Avant Garb in Indianapolis, Indiana, picking out new clothes, polishing her Mary Jane shoes and preparing for her debut.

Kathy Spetz, Florida State ’70, was the designer of the original BetXi Bear costume. BetXi was adopted as Alpha Xi Delta’s mascot in 1989. The Marketing and Communications Department was able to see BetXi’s progress during her makeover. Here you can see her bow and ears while under construction!

19 The Quill of Alpha Xi Delta

Meet our three newest chapters, BetXi gets a makeover and meet a Sister impacted by autism 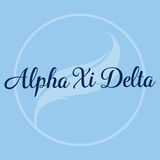