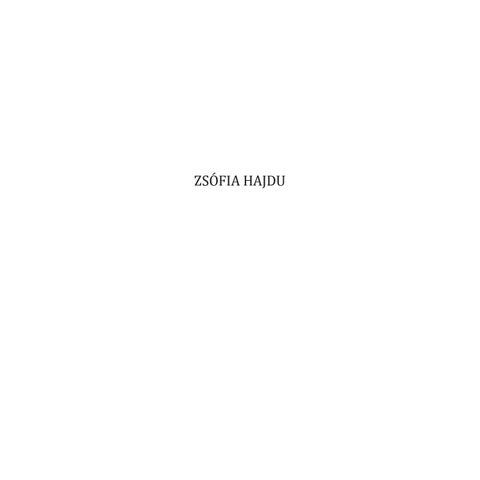 And still birds sing, A4, marker on paper

or Edith, A4, marker on paper

...fragmentation was the problem..., A4, marker on paper

Lived by the sea, A4, marker on paper

Stub, A4, marker on paper

Artist/writer/researcher, A4, marker on paper

Highgate Cemetery. A place that has been on my mind for years. It was built in the victorian era, outside the city of London. Since then, London has grown all around it, and now it became a sanctuary in the middle of a buzzing city. My paintings, drawings, and the weaving are based on my walks in the West part of the cemetery. In these works, two ways of existence are represented, in constant contradiction, and yet entanglement with one another.

One is the existence of the flâneur – or flâneuse in this case. Josephine Livingstone and Lovia Gyarkye wrote in a 2017th article that’ This wanderer of the city, chronicler of the present, and contradiction-laden figure of the crowd, has always been a myth’. It might be true that being a full-time flâneur in our society is no longer an option – if it ever was. The wanderer who is always watching, but never becomes an actor in the story is not a real-time character. However, strolling in between the graves I have minutes – even half an hour when I am lucky – when the I is suspended, more precisely, it becomes a mare witness: witnessing all the people who died and are buried in Highgate Cemetery, the people who composed the epitaphs for their loved ones, and nature, who is slowly taking back its territory by overgrowing and cracking the graves. I suppose it could be the pleasure of peaking to others’ life what attracts me in cemeteries, but it is not. By giving my full attention to the cemetery, my own identity seems to fade away, and I become free from the pressure of finding a self-definition.

But I didn’t produce these works in the cemetery. The space of the studio brings back the questions of identification, which gets another colour in the light of epitaphs. We all had the experience when we had to summarize ourselves in a few sentences. Be it to the answer to the ’So what do you do’ question, or to the ’Tell me about yourself’ imperative. And at one point, based on our answers, the others will do the summarizing for and about us – not only when ordering our gravestone. The medium of the presented works are reflecting upon the same dilemma: drawing being the self-conscious entity and weaving the eternal stroller beyond identification. When I sit down to draw, my decisions are already made, and in the course of 3 hours, I stand up with a statement: the drawing itself. Weaving was like roaming in the cemetery: my attention was outside of myself and outside of my will. It was on the material, on the touch of yarns, doing the same motion back and forth for months. I wonder if this distinction makes painting the middle ground – the reconciling of the two types of being present in this life.

YOU CANâ&#x20AC;&#x2122;T BE A PROFESSIONAL AUTOBIOGRAPHER

These ten paintings presented here create a series in which the process of painting, thinking and the pursuit of writing are displayed. Looking at the canvases, one can have a peak of the mess in my studio, bear witness of my struggle with the spoiled foundation and the mourning of the never-written-novel. While presenting the doubts I had during the creation and exhibiting my failures, pictures are still generated and these questionmarks become paintings.

There is a painting that is completely filled in with a sentence stolen from the Hungarian writer Péter Eszterházy: “The writer was such a writer, who always picked literature over life, because he thought, moreover believed, this was his life.” On another painting (titled Window) I continue my speculation on what is painting, what is literature and what they mean for me. The sentences are free of self-censorship, as a free-writing everything that crossed my mind at that moment is painted on the canvas. So you can see the statement “writing is essentially a punishment for me,” and then the question later on on the same canvas: „Why does someone write such a thing that writing is essentially a punishment for me?” In two other paintings (and in many more because of the Drost-effect I like using so much) Dezső Tandori appears as the main reference point. One time I enlarge one of his drawings on my white canvas, another time I write down the sentence “I am the free ideas of Dezső Tandori” referring to a study written by a literary critic about Tandori’s book ‘The stories of evidence’. This particular book of him has no other story, than the story of writing that book and questioning its legitimacy from the very beginning, parallel to my paintings where the theme is the painting itself. These pictures were exhibited at Liget Gallery under the title of ‘You can’t be a professional autobiographer’. The opening text was written by Blanka Győri, who I would like to quote:

„Tiny objects rendered by needle pointed brush, notes, a mattress in the corner of the studio, letters composed in disciplined lines, they all lay out together the space of the painter’s thoughts, but a physical space as well. Is there any thought without space? For Zsófi the room of one’s own is not just a possibility to be absorbed in ideas, but it carries the ideas as if they were identical.

There is a special modesty of this room, this picturesque attitude. One has to fix one’s own planet first, says Exupéry, before reaching out to anything else. And it can happen that we realize the whole day has passed by with this one task. Or even the whole life.”