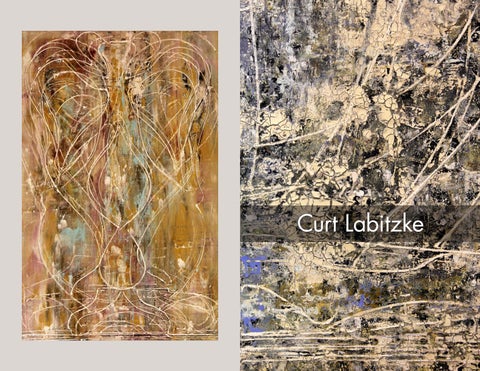 About Curt Labitzke Born in New York in 1958, Labitzke first apprenticed with his father who was a graphic designer and painter and was inspired by his mother who was a quilt maker and stained glass artist. He received his Master of Fine Arts from The University of Notre Dame in 1984 with an emphasis in painting, drawing and printmaking. Labitzkeâ&#x20AC;&#x2122;s work is inspired by the balance, harmony and tranquility of the Italian renaissance. In addition, his work is influenced by the functional and symbolic use of vase and vessel forms found throughout all cultures and time periods. These images are directly connected to the tradition of using flower and potted plant arrangements symbolically, and for decorative purposes in all aspects of our lives. The work is informed by numerous sources including dilapidated ancient wall frescoes found in sites like Pompeii, Pietra Dura marble inlay from Florence, stained glass windows, renaissance prints, tapestries and patterned antique ironwork found in utilitarian objects such as gates and fences. His color palette is reminiscent of the Rococo period, often soft and atmospheric. The paintings are created using various templates to establish a dense linear framework. Paint is then layered over the lines completely covering the image in a dense film of colors. Lastly, once dry, the image is finally revealed using a paint scraper and various sanders in an archaeological fashion. The Vase and Amphora series employ bilateral symmetry to suggest the presence of a human form supported by and embedded in a rich palette of colors and textures. They convey a timeless quality, suggesting early palimpsests built up over time similar to graffiti or ancient cave walls like those at Lascaux and Altamira. The paintings are intended to convey a sense of calm and peacefulness. 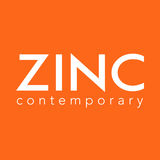