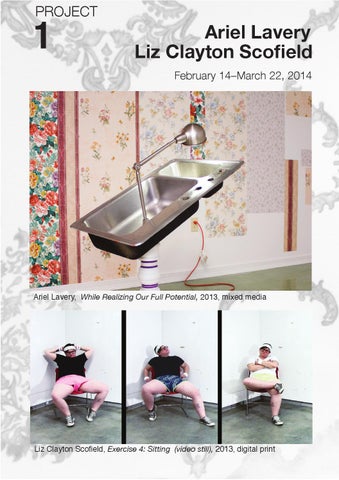 While the intelligent art of Lavery and Scoﬁeld is informed by the most critical ideas and issues - identity, body, and narrative, for example – in artistic practices today, each artist brings highly personal experiences to the making and presenting of their work. This in turn, gives their work resonance and deeply engages the viewer on many levels, from the physical to the psychological. Incorporating domestic objects such as kitchen sinks and slotted broilers from her surroundings, Lavery creates un-heroic, informal and manifestly un-monumental assemblage-type sculpture that seems to be coming together all at once and then, just as quickly, falling apart. Repurposing objects she ﬁnds on the side of the road, at local estate auctions, or through Craigslist, Lavery explores the transference of value and how objects can embody narratives of domesticity, memory, and loss. Included in her exhibition are beautiful charcoal drawings of ﬂocked wallpaper designs often used on the dining room walls of middle-class homes, accompanied by the projected sounds of auctioneers. Mapping the vernacular, Lavery moves the viewer through physical and imagined spaces where value is transferred, meanings arise, and stories unfold. Similar to the early taped performances of Bruce Nauman (Stamping in the Studio, 1968) in his studio, Scolﬁeld uses humor, alienation, and repetitive actions to explore profound issues of gender construction and ﬂuidity, sexuality, and societal relationships. In a four-part digital video Exercises 1-4, the artist performs over and over again exercises in masculinity - handshaking, tying a tie, etc. Is this a male or female character performing male behaviors in the “correct” way? Included in the exhibition are stills from another endurance-based performance, How to Smile in 34 Steps, in which Scoﬁeld, wearing a man’s tie and white Oxford shirt, tries to keep smiling while holding a cue card. Several different cue cards include: “My identity is not yours to police,” “The lady on the street told me to smile,” “But I’m still not your little girl,” and “But it gets better, right?”. Like watching the physically demanding comic actions of the great silent screen stars Buster Keaton and Charlie Chaplin, Scolﬁeld’s vulnerability elicits a smile from the viewer as well as empathy. Suzanne Weaver, Independent Curator

Ariel Lavery, (b.1982, Fountain Valley, CA), currently teaches at Austin Peay State University and Murray State University. She received her B.F.A. from the University of Colorado Boulder (2007) and received a M.F.A. from the University of Massachusetts, Amherst (2013). Lavery’s work has been included in Best of the Northeast at the Helen Day Art Center (Stowe, VT, 2013), Fresh at the AVA Gallery (Chattanooga, TN, 2013), and Icebreaker 5 at Ice Cube Gallery (Denver, CO, 2014). She is a recent recipient of the Kentucky Foundation for Women’s Artistic Enrichment Grant (2013). Liz Clayton Scoﬁeld, (b.1988, Dyersburg, TN), received a B.A. from Vanderbilt University (2012) and is currently completing a M.F.A. in Digital Art at Indiana University, Bloomington. Scoﬁeld has shown at Grunwald Gallery, the Fuller Projects, IU Cinema, and Motel 6 Rm 236 (Bloomington, IN, 2012), Open Studios (IU School of Fine Arts, 2012), Space 204, (Vanderbilt University, 2010), and Ground Floor Gallery (Nashville, TN). Scoﬁeld created the web-based sound project, Missed Connection Personal Musical (2010) and the web-based interactive performance project, step one (2012). Exhibition Checklists Ariel Lavery

After twenty-six years as the second-oldest artist cooperative in the United States, Zephyr Gallery has a new mission and purpose which is to serve as a platform to incubate, advocate, and facilitate innovative ideas in art and artistic practices in the region. Reﬂecting this repurposed vision, Zephyr Gallery is launching an ongoing Project series with curated proposal-based exhibitions as well as collaborations with universities, colleges, and cultural institutions. PROJECT 1: Ariel Lavery and Liz Clayton Scoﬁeld is the ﬁrst exhibition of this series. 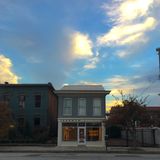