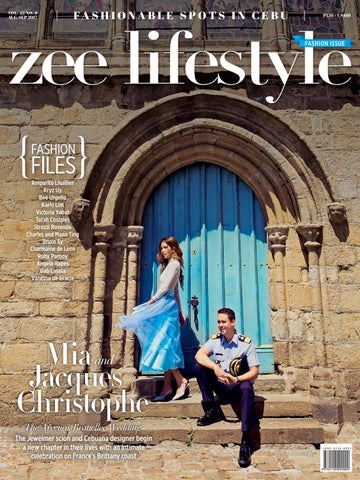 This wedding in picturesque Brittany attended by close friends and family was the perfect backdrop to start a new chapter in their livesâ&#x20AC;&#x201D;Marie Irisha Arcenas, the Cebuana designer and favorite Zee cover girl, wed her prince charming Jacques Christophe Branellec, the Jewelmer scion. photography Dan Douglas Ong and Ryan Arbilo

ome girls are just born with it—beauty and brains, as the expression goes. When she graduated from Los Angeles’ Fashion Institute of Design and Merchandising in 2010, Mia Arcenas was determined to “build a business empire,” as an Instagram post of hers stated not so long ago. Her future groom, Jacques Branellec, seemed to be on the same trajectory. At an early age, he was spending school holidays at the Jewelmer Pearl Farm in Palawan cleaning oysters. So when their paths collided, it was at a time when both were concentrating on building their careers. But destiny, and Jacques, was persistent, and soon it became clear that this was a serious affair. (See the box story on their blossoming romance, as narrated by maid of honor Holly Dychangco in a hilarious skit that was performed by

“famous actors” during the wedding) The groom’s mother Francia had always told him 32 was a good age to get married; and she was a little worried that Jacques wouldn’t make the deadline, until he brought Mia home. Family is a very important part of both Mia and Jacques’ lives— in fact, when Jacques proposed, he'd actually proposed first to her parents Dindo and Iris, who immediately burst into tears. “When Jacques proposed, minutes after I had said yes, he added, ‘by the way, the wedding will be in France!’” Mia recalls with a laugh. “I had no time to grasp everything that had happened and what I had agreed to.” The wedding was specifically going to be in Saint Pol de Leon, a coastal village in the Brittany region of France where the Branellecs are from. With about a year to plan out the event, the couple decided to split

the tasks equally to make sure everything would be taken care of. “I did all the creative planning, while Jacques took care of the technical and logistics side,” Mia shares. “The biggest challenge was communicating with the suppliers since they all spoke in French!” On his part, Jacques was busy working out how their family and friends would be there. “My main challenge was making sure everyone got to where they needed to be—from the airport to the hotel, from hotels to the wedding events, and back, and around everywhere.”

t all turned out alright, as the four-day event began with a happy bunch of friends and family from around the world gathered in Roscoff one bright June afternoon chattering in front of the postcard perfect Brittany coastline. Roscoff is a rustic town in the northwest region of France,

BEHIND THE STORY This is a script from a skit at the wedding, produced by maid of honor Holly Dychangco. The parts of Mia and Jacques were played by Solenn Heussaf and Nico Bolzico, respectively. Location: Aziza’s Birthday bash at Niner Ichi Nana Aziza: Jacques, this is Mia. Mia, this is Jacques. You both are single! Now mingle! Jacques: Would you like to have a drink with me? Mia: Um, I’m kinda busy… J: Would you like to eat something? M: Um… I’m okay, thanks. Location: back in Cebu Holly: How was Aziza’s party? M: They introduced me to this one guy, but I’m not sure. H: What do you mean? M: He’s nice, but… H: Ah, the “he’s nice” line. M: We’ll see. Location: Hong Kong Jewelry Trade Show J: Hey! Are you in the jewelry show? M: Yes, I am! J: You wanna grab drinks after? M: …. Iris: Darling, just go! It’s only in the lobby anyways! M: (rolls eyes) Fine. Location: Lobby of Hotel (Jacques and Mia are having drinks, they keep laughing and joking around.) J: I told the lobby singer that you are next! M: What?! I’m not singing! J: But it’s your turn! Get up there! (pushes her to the stage) M: OMG! I can’t believe you! Location: back in the Philippines (Conversation with Jacques and Marion)

J: I want to marry her! She’s the one, I know! Marion: Wow, okay! Location: back in Cebu M: So, remember that guy I was telling you that Aziza introduced me to? H: The one you said was… M: Yes! So I saw him in Hong Kong, and I think he’s cute. Location: Sydney, Australia J: Marion, I’m gonna propose to Mia. I was thinking of going skydiving, and jump out of the plane right before she can say yes! Marion: I don’t think that’s a good idea, Jacques! You are gonna scar her for life. Day of Proposal: M: I want to go to this vegan brunch place. J: No! M: But I really want to go there! Why are you making it difficult? (fights about vegan cafe) J: Come with me. I want to bring you to this other place! M: I don’t want to go there, I want to check out that vegan place. (Jacques takes her to the dock, where there was a seaplane waiting) M: Are you joking with me right now? J: Just get in. (Seaplane landed in a private island with a picnic basket.) J: Will you marry me? M: What the hell?! Are you sure? J: (high-pitched voice, like Mrs. Doubtfire. Crying, wiping nose on sweater.) M: OMG, OMG! Yes!

an hour’s drive from the airport in Brest or a three-hour train ride from Paris. Not exactly in the tourist path, it is famous for its oysters, caramel, the Breton striped shirt, and the creamiest, most delicious salted butter that you can ever taste. The locals were probably wondering about the festive group that had converged—aside from the bride’s bevy of extended family from Cebu, there were guests who f lew in from Italy, Australia and other parts of the world. After all, Jewelmer has made a name for itself as the best purveyor of golden South Sea pearls in the international trade, after the groom’s father (also named) Jacques Branellec settled in Manila in the 1970s and founded the pearl farm with Manuel Cojuangco in the south of the country—long

before there was an El Nido or the Spratly Islands. Mia had decided early on that she was going to create her entourage’s dresses, and her own wedding gown. “It was the most amazing experience!” Mia exclaims.

The festivities started with the civil wedding, attended by close family and friends. Jacques came dressed in his Philippine Coast Guard uniform, and Mia created for herself an ensemble of soft tulle, with a floral brooch and a satin sash in the same pale blue hue. As the guests started coming in, the couple hosted welcome cocktails on an outdoor property. It was prettily set up with white tents and long tables filled with cheese and patés, and champagne and rosé all sourced from nearby vineyards. Guests toasted the soon-to-bemarried couple, and cheered as they gamely performed their famous duet—Mia sang, while Jacques played his saxophone. They looked gorgeous in white, Jacques in a crisp shirt while Mia wore her long-sleeved top with a soft tulle paneled skirt with

The first thing you said to each other after the wedding?

Mia: My hubby! Jacques: This feels nice. “Jacques, from the beginning, pushed me to create my own dress. He said it would be even more special and unique, especially since I’m a designer and not many brides could do the same. He was right!”

embroidered elements that hinted of their story: Jacques and Mia, gugma, je t’aime, the saxophone, gumamela flowers, and hearts. The wedding ceremony itself had guests taking private trams through a scenic five-minute ride to the centuries-old church Eglise Notre Dame. Father Bernard Holzer had flown in from Manila to officiate the

walk down the aisle. “All I could think was that my only child is now a bride. There was just so much joy and happiness, that her prayers were answered and that God gave her the man of her dreams.” For the wedding, Mia wore a form-fitting dress with intricate lace details, while Jacques had a threepiece Jun Escario suit on.

“There was so much joy and happiness, that her prayers were answered and God gave her the man of her dreams.” -mother of the bride, Iris Arcenas wedding ceremony. It was a personal and solemn affair with the bride’s cousin Matteo Guidicelli and maid of honor Holly Dychangco singing a beautiful, angelic rendition of The Lord’s Prayer. “I couldn’t even comprehend how I felt,” says the bride’s mom Iris Arcenas as she recalls seeing Mia

It was a festive sight after the mass, a scene that featured ladies in elegant gowns and gentlemen in their summer suits, had overf lowed to the town square. The-wishers then proceeded to the reception at the Penfao manor, where the celebration lasted until the early hours of the morning. Z 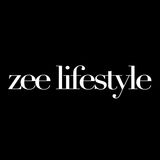