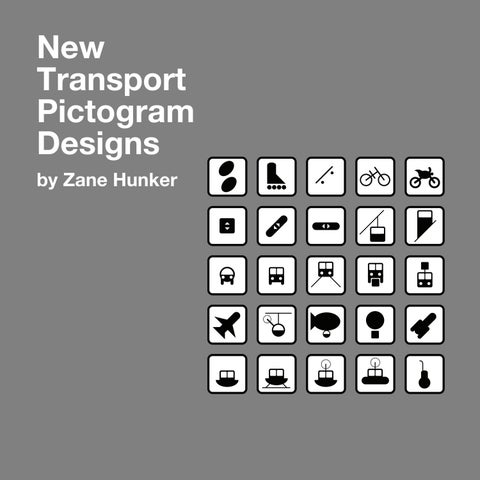 where it all began One day our caveman ancestor killed a mammoth, it was the biggest mammoth he’d ever killed. The caveman was so proud of his achievement that he wished to tell his caveman brother about it. His brother was off hunting far down river, so when the caveman saw a log floating on the river he jumped on. He broke off a branch, paddled with it and got to his brother in no time at all. Along the way he realized that the mobility he had discovered was a far bigger bragging right than the slain mammoth he couldn’t bring along anyway. The brother’s cavewoman wife was so impressed that she left him to be with our now boat building ancestor and went on to bear her new husband many boat building, transportation engineering children. Just as that jealous caveman brother could grudgingly identify the crude drawing of the floating log that our ancestor drew to hastily record his superiority, transport pictograms are meant to simply identify a series of great human accomplishments. It’s a story that began with our innovative ancestor.

table of Table of Contents contents

Walking preceded all other transportation and is still crucial in accessing our more mechanized transport. The compactness and portability of skates, skateboards and bicycles means theyâ&amp;#x20AC;&amp;#x2122;re often used in conjunction with other transportation. This kind of transportation is efficient, simple, healthy, environmentally friendly and relatively inexpensive.

Hiking up a mountain or even 5 flights of stairs is a lot to ask of people on a regular basis. Large building complexes like fairs, malls, airports and high rises are feasible due to their own networks of elevators, escalators, moving walkways and other short length transportation. Some hills and mountains are accessed by tramways and funiculars.

Land varies in accessibility and habitation. These factors create varying human densities. In a dense, urban environment, train systems use space more efficiently than a vacant parking space for every car feet away from wherever any driver may want to go. For rural areas itâ&amp;#x20AC;&amp;#x2122;s just as absurd to lay tracks 20 miles to access only 2 people.

Air is the ultimate medium for fast, light, long distance transportation. The main reasons for different types of aircraft are variables in speed, distance, altitude, scale of movement and ground facilities. Thereâ&amp;#x20AC;&amp;#x2122;s something miraculous about a big metal tube hurling 5000 miles through the air transporting 500 people at 500 miles per hour.

From paddling with a branch down river on a tree trunk to diving 3000 feet below the sea and discovering glowing organisms, water has quenched humanityâ&amp;#x20AC;&amp;#x2122;s thirst for hydration as well as adventure. Yet with the efficiency of large scale sea travel such as that of a modern cruise ship, water wonâ&amp;#x20AC;&amp;#x2122;t let us forget that half the fun is getting there. 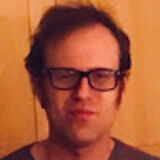