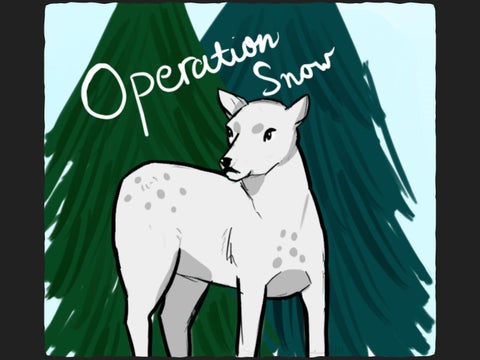 Once upon a time there was a little grey reindeer called Lumi.

One early winter morning Lumi noticed that her mom had

She lived in a cozy reindeer village called Papana. Papana is

disappeared. Where was she?

located in Finnish Lapland, near the Arctic circle. Lapland is a magical place where the sun shines all day during the summer

Lumi became worried, because her mother had never left

and hardly at all during winter time. During the cold, dark

her alone. She tried to ask people in the village but no one

seemed to know anything about her whereabouts. Lumi’s

neighbours, Mr. and Mrs. Porola tried to comfort Lumi. They told her that Aava would probably come home any

The little joyful reindeer had neither siblings nor a father. She

had lived happily with her mother Aava all her life. Aava is a

became more and more worried by the minute.

good-natured reindeer with brown fur, who had travelled around the world in her youth. It is said that she had even

When Lumi was distraught, she had a habit of going to the

travelled with the well-known Mr. Claus and his other

nearby river to watch the stream, to calm her thoughts.

This time of the year the river was supposed to be frozen so you could cross it, but it seemed to be more lively than

Every year the village celebrated the first snow with a

ever. There was another being staring at the roaring river,

so Lumi stayed back and hid.

Northern lights together. But this year something was wrong. It was December already and snow was nowhere to be seen, since it wasn’t cold enough. Without cold weather the river wouldn’t freeze over. The reindeer couldn’t cross the nearby river to visit their relatives! Without snow winter would be gloomier than ever!

“I know you’re there”, the being said, with a sad tone in its

find the snow! Lumi decided that she should find her mother

voice. It turned around, and Lumi could see that it was a

and help her. And so her journey began ...

Näkki. She got frightened and ran away. Näkki was known to be a dangerous being. Lumi wondered if it ever felt as lonely as she did right now with her mother missing. After the attempt to clear her thoughts at the river failed, Lumi decided to wander to the nearby forest to try to find her mother. As she strolled along the moss covered ground, she stumbled upon an old, wise and greying elk named Känkkäränkkä. Lumi knew right away who he was, because she’d heard stories about him. The stories that Lumi had heard from the villagers told about his adventures around the world. Känkkäränkkä had been to Asia, Africa and even the Antarctica! He had seen a lot of things, good and bad, and he had knowledge about almost everything. Lumi asked if he knew anything about her mother and indeed he did. Känkkäränkkä had seen something odd earlier that morning, when he was walking near a big asphalt path. There had been a herd of reindeer who marched together and seemed very determined. Känkkäränkkä told Lumi that there had been talk about finding the snow that was missing. Aava had gone to

She set off through the thick, dense forest. All around her,

As Lumi walked further into the forest, she looked around

what usually would be a magical wonderland filled with crisp,

searching for her mum. The Wind whistled And the trees

bright snow, was bare. The trees seemed twisted and evil

swayed from side to side.

without their coat of snow. The ground was muddy and treacherous, unlike the white velvet blanket that usually laid

She questioned herself “ Is it too dangerous out here?”

out before them. Where was the snow? Christmas was

Lumi felt scared and alone as the wind whipped at her fur.

coming soon, but it was like it hadn’t got the message.

Leaves rustled making noises like little whispers, her whole body trembled down to her feet as she continued down the

As she walked through the forest a little creek came from

forest on the difficult path. She almost fainted, but managed

under the bridge. Peeking down, all she saw was thin air. Was

to stay upright, going further and further away from the

she heard a louder noise. Crack. Twigs snapping behind her. Leaves rustling. Her knees began to tremble and her fur stood up like soldiers. Her heart seemed to beat louder and quicker. She took a deep breath and looked back over her shoulder uneasily. The more she walked, the more she felt shivers down her spine. It sounded like a faint whispering from between the trees. “It must be the wind,” she told herself trying to convince herself nothing was there. And she kept plodding further into the dark heart of the forest.

As the sun began to set, she started getting headaches and

questioned what to do. She suddenly felt short, silent

She sat helplessly in the ditch for what seemed like hours.

breathing on the the back of her rough skin. As she looked

She screamed and screamed but nobody came. Had she

ahead, dazed and confused, she could see a velvety path of

fallen? Or was she pushed...

white snow. She blinked several times in disbelief. Had the snow arrived? Had she finally found winter? She turned away

Looking around, desperately, something caught her eye.

to see what lay behind her. Nothing. Now one was there. No

snow either, just dry, crunchy earth. As she turned round, the

and mud. She began clawing her hooves at the dirt, allowing

snow that had been there moments earlier was gone.

more light to escape. “It’s a secret pathway!” Lumi cried, digging frantically to unearth it all.

Disappeared. That sinking feeling of being followed returned. What was it? It seemed like the trees were closing in on her. “What’s happening?” she questioned. Then a voice spoke softly through the trees. “Run, run far away and you will find your perfect day. Your day of snow, your day of white, all you need to do is follow the light…” As the plants felt like they were trying to reach out to her, she carefully sideways so she was just out of reach. As she tiptoed carefully, one tree blew backwards and pushed her into a steep, dark, gloomy ditch.

Lumi quickly headed towards the light, soon finding an

So Lumi and her mother Aava went to the machine. Aava

opening in the middle of the forest. She traveled for an hour

had worked at a similar village with machines before Lumi

or two, until she felt something cold slowly falling on her nose.

was born so she knew what to do. Lumi’s mother used her

magical powers to fix the filter that was broken in ten

Lumi heard a familiar voice behind her, yelling her name:

”Lumi!”. The reindeer calf turned around and saw her mother!

The elves and little creatures thanked them for their effort

They greeted each other in awe.

and took them back to their world through an easier route. Even in Lumi’s and Aava’s world it had started snowing!

Together continued their journey to find the snow that had disappeared from their world. They saw movement here and

Aava and Lumi returned to their reindeer village and

there and little footprints on the light snow. Everything started

everyone had a big celebration that lasted throughout the

glowing as they followed the footprints, movement and high-

pitched quiet laughter. Soon a Christmas village appeared in front of them! The little creatures took them further into the village and showed them an elf — who was the snow expert of the village — who had been sick for weeks and couldn’t get out of bed. The elf requested the two reindeer to help them fix the machine that controlled the snow. All the other reindeer in the village had also come down with the common cold and were resting to gather their magic energies and strength. 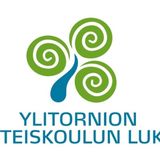