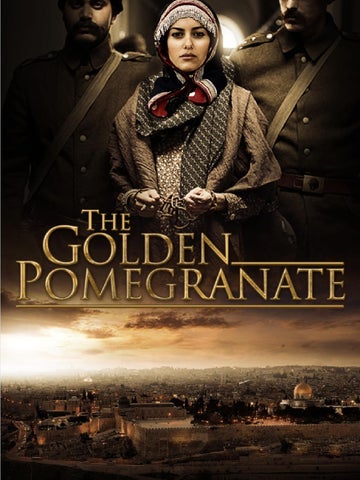 Noa, a popular Israeli singer of Yemenite descent, prepares for a concert in Jerusalem. She is interrupted by an old Arab man who claims to have been a close friend of her great grandmother. He tells her about Mazal, a Jewish child-bride from Yemen, who preserves her religion, culture, family and her unique art, surviving the harsh, violent conditions of Jerusalem and the Holy Land in the late 19th through mid 20th centuries. She becomes the mother of a two, and then a young widow. In time, a woman of property and an ardent patriot, she prevails through the unfolding bloody decades while living in the Old City in Jerusalem, passing the traditions of her people on to each coming generation.

GALIT GIAT Singer and Actress, Galit as Mature Mazal is wonderful in this role of an assertive and combative woman. She continues to star in several Israeli TV Shows.

Mostly known for his role as Kobi in the Israeli TV show “Asfur”, Aviv is an upcoming Israeli actor. Gifted and charming, his performance in ´ The Golden Pomegranate a reveals a great sensibility and a powerful personality.

From the Producer: “I read Dvora Waysmanís novel The Pomegranate Pendant, shortly after it was published in the mid1990ís. I told her it would make a fine, unique movie and in 1996 she sold me the rights to make the film. It took 14 years to finance and complete, what with the occasional stumbling block to overcome. Most of those who have seen it seem to feel it was worth the effort.”