JOY - a magazine for Converge 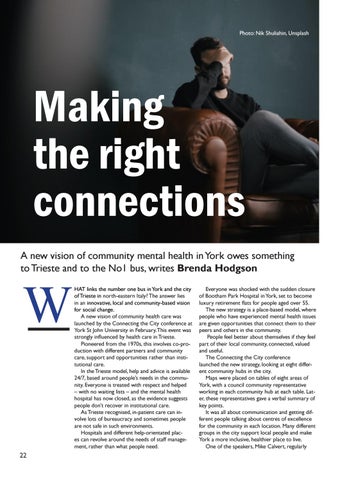 Making the right connections A new vision of community mental health in York owes something to Trieste and to the No1 bus, writes Brenda Hodgson

HAT links the number one bus in York and the city of Trieste in north-eastern Italy? The answer lies in an innovative, local and community-based vision for social change. A new vision of community health care was launched by the Connecting the City conference at York St John University in February. This event was strongly influenced by health care in Trieste. Pioneered from the 1970s, this involves co-production with different partners and community care, support and opportunities rather than institutional care. In the Trieste model, help and advice is available 24/7, based around people’s needs in the community. Everyone is treated with respect and helped – with no waiting lists – and the mental health hospital has now closed, as the evidence suggests people don’t recover in institutional care. As Trieste recognised, in-patient care can involve lots of bureaucracy and sometimes people are not safe in such environments. Hospitals and different help-orientated places can revolve around the needs of staff management, rather than what people need.

Everyone was shocked with the sudden closure of Bootham Park Hospital in York, set to become luxury retirement flats for people aged over 55. The new strategy is a place-based model, where people who have experienced mental health issues are given opportunities that connect them to their peers and others in the community. People feel better about themselves if they feel part of their local community, connected, valued and useful. The Connecting the City conference launched the new strategy, looking at eight different community hubs in the city. Maps were placed on tables of eight areas of York, with a council community representative working in each community hub at each table. Later, these representatives gave a verbal summary of key points. It was all about communication and getting different people talking about centres of excellence for the community in each location. Many different groups in the city support local people and make York a more inclusive, healthier place to live. One of the speakers, Mike Calvert, regularly

JOY - a magazine for Converge 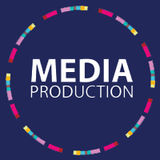 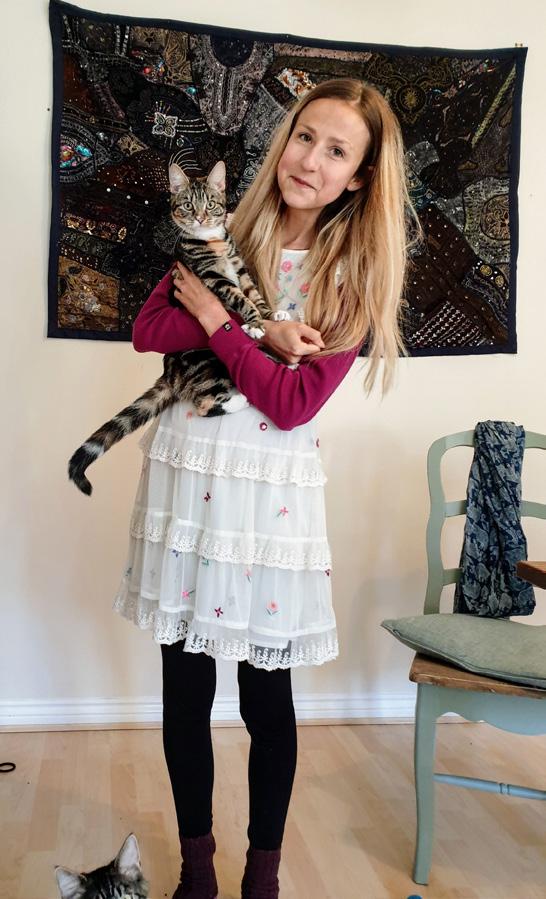 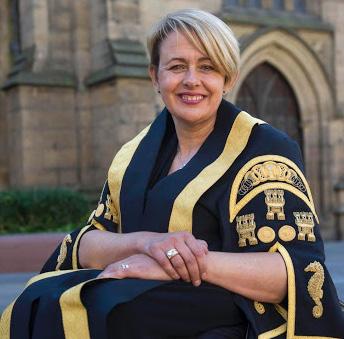 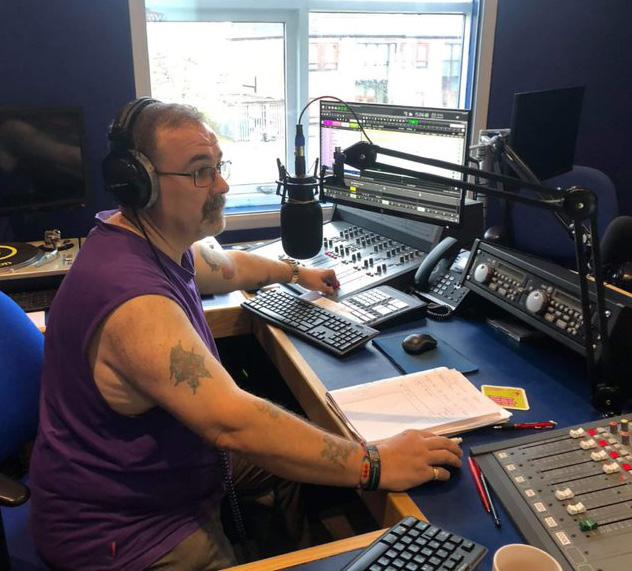 Acceptable in the 80s? Ian Hood 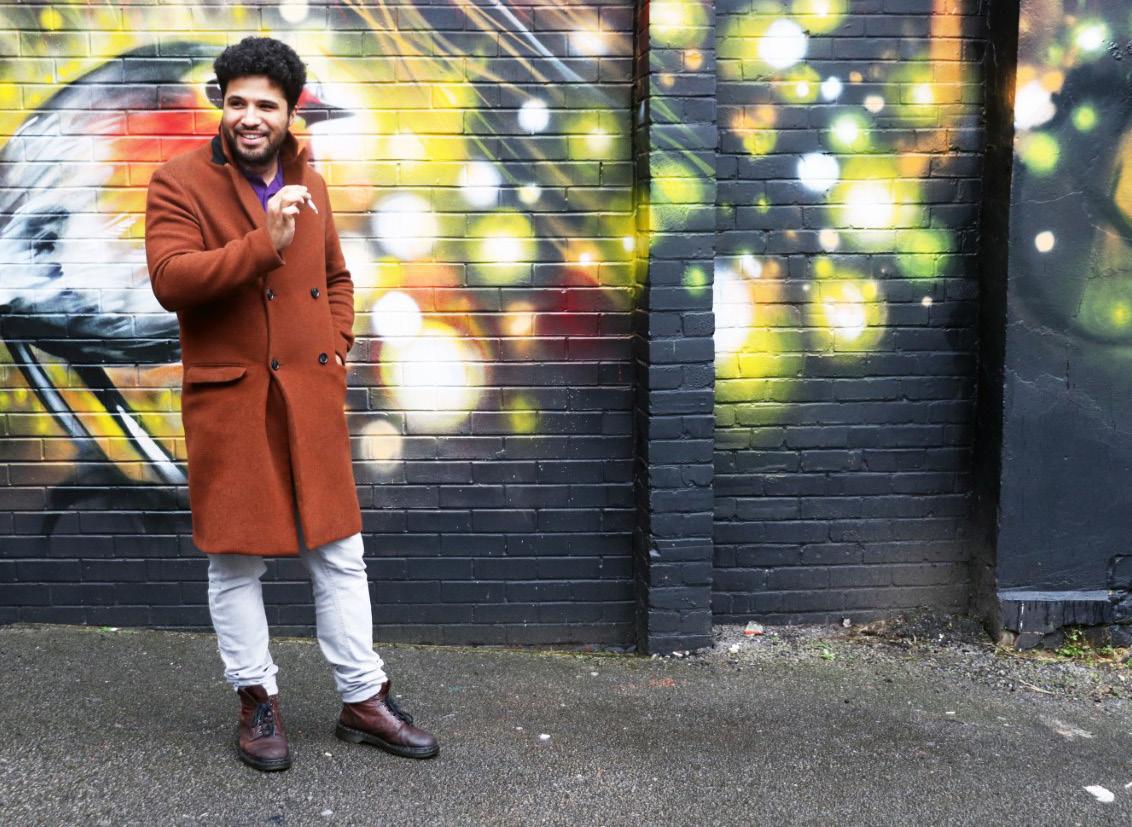 Maddie Smith meets one of Man 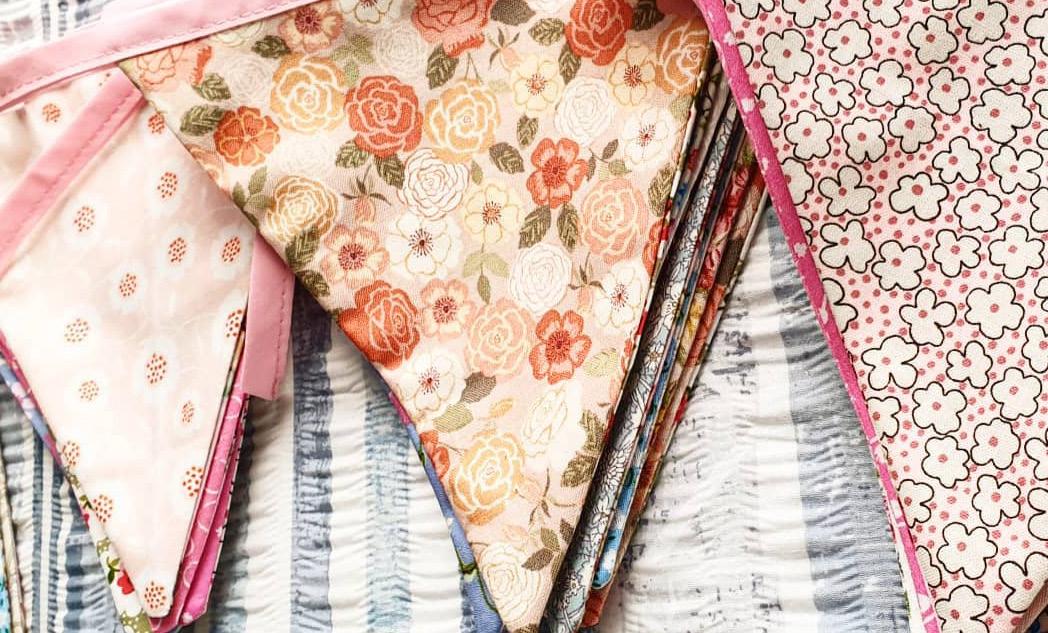 Handmade with love. Craft your 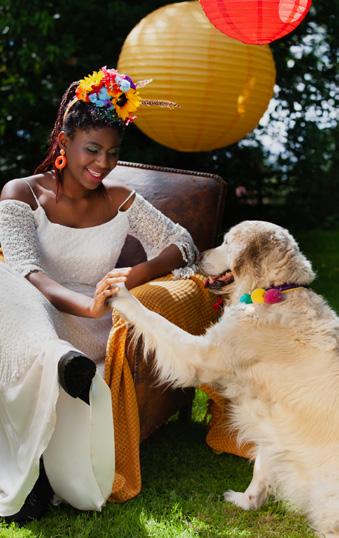 In the footsteps of giants. Brenda 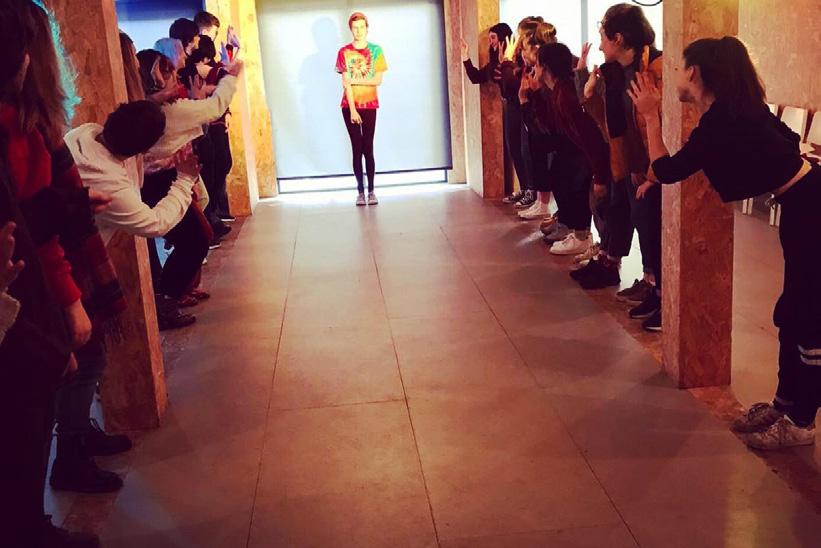 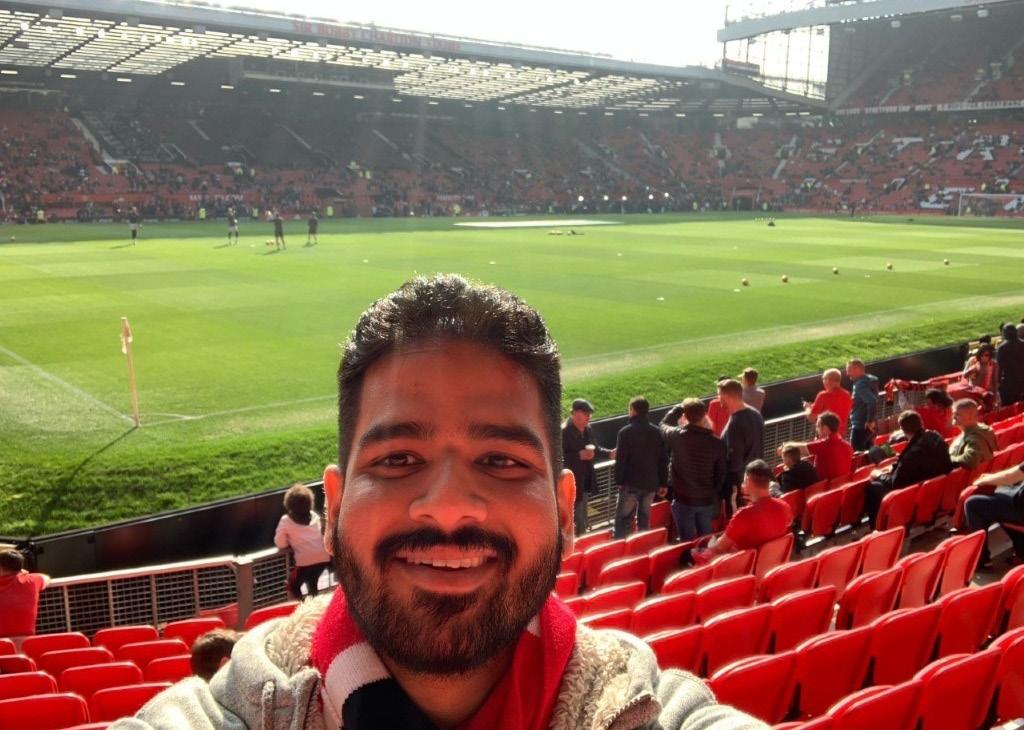 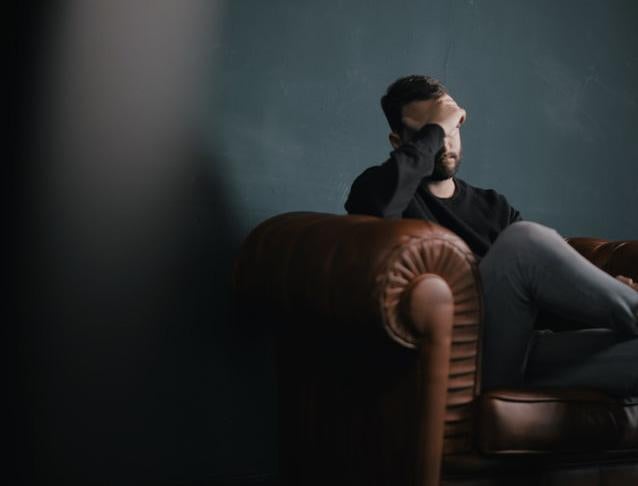 All aboard. How the Italian city of 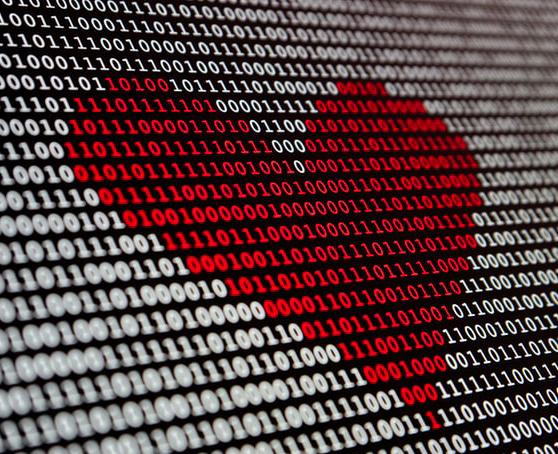 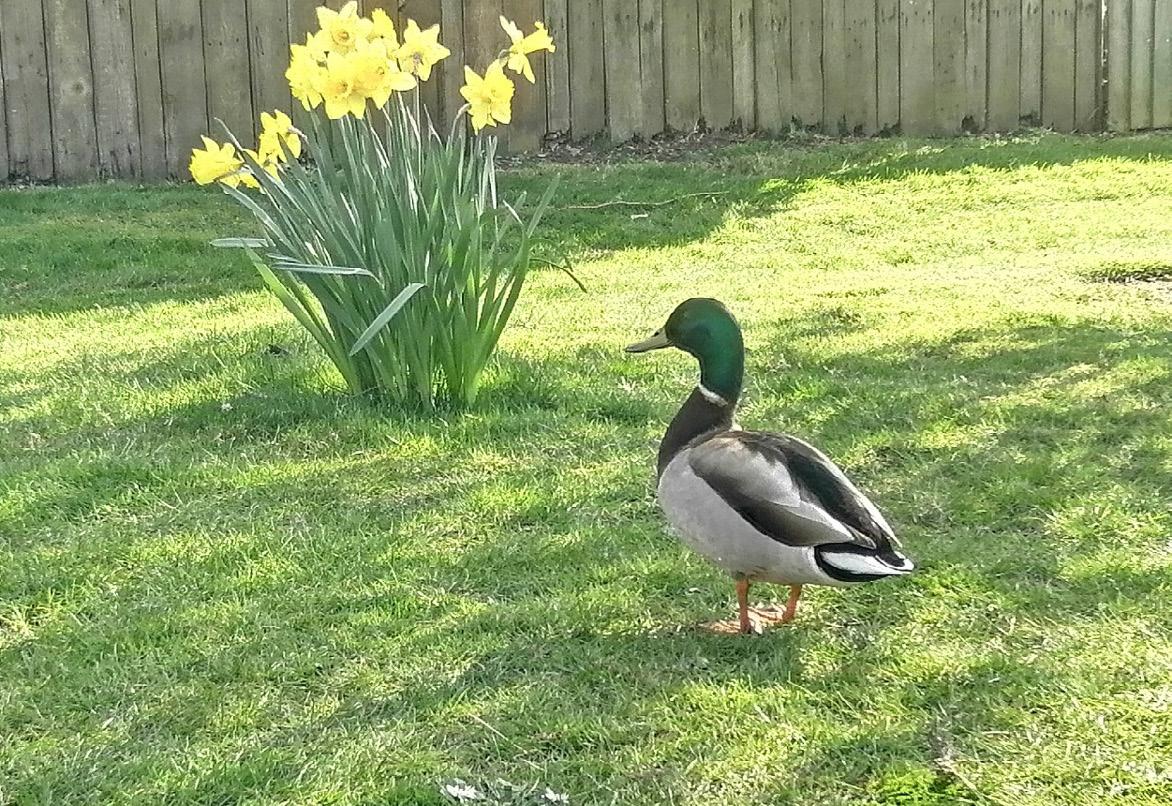