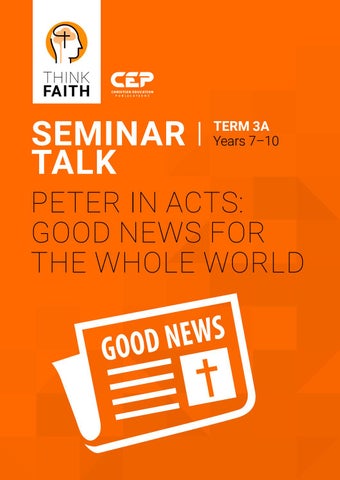 PETER IN ACTS: GOOD NEWS FOR THE WHOLE WORLD

PETER IN ACTS: GOOD NEWS FOR THE WHOLE WORLD

Acts 17:16–34 TALK STRUCTURE Introduction • In our culture there are lots of views about God1. -- Some are confident there is no God. -- Others believe there are many gods. -- Others might believe God is more like a force or a presence. -- Many people are unsure. Content • Paul walked through Athens and observed the beliefs of the people living there. They were very religious. They were also unsure if they were on the right path. They had built an altar to ‘an unknown god’. • Paul’s promise: I will remove your ignorance about who God is. (17:23) • Paul’s corrective: Humans don’t make God. God makes humans. (17:24–25) • Paul’s point: God has made himself known. (17:26–28, 30–31) -- Don’t look to idols and temples to find God. Look to Jesus, God’s Son. -- Jesus will judge the world. (17:30–31) -- The proof is that Jesus rose from the dead. (17:30–31) • Paul’s challenge: Repent of looking for God in idols or temples or religion or the sky or internally. Application • Are you looking in the wrong place for God? • Be like those Athenians who wanted to know more: find the true God by meeting Jesus in the Bible. (17:32)

1. See ‘Faith and belief in Australia’, The McCrindle Blog, http://mccrindle.com.au/the-mccrindle-blog/faith-and-belief-in-australia

The text below is a guide only. The content should be adapted as needed to reflect your style of presentation. You may want to add illustrations to reinforce key themes. The talk is currently ten minutes long. It would be good to have someone read Acts 17:16–34 before this talk. In Finding Nemo, little Nemo is captured ends up in a Sydney dentist’s fish tank. What does his loving dad, Marlin, do? He leaves the Great Barrier Reef, heads south and searches everywhere for his son. Spoiler alert: Marlin finds his son. Now imagine if, instead of heading south to Australia, Marlin headed north to Japan to find Nemo. He could look as hard as he wanted, he could turn over every stone and look in every fish tank, but he would never find his son. It is possible for us to do a similar thing with God. It is possible for us to look for God, even to think we have found God, but to be looking in the wrong place. That is a disaster!! Recent research shows that Australians are really interested in God and faith. Sixty-nine percent of us hold a religious belief and 55% of Australians talk about spirituality or religion at least occasionally.2 Unsurprisingly, there is a significant amount of variation in what people believe. This would be the same in this school. If we interviewed every student we’d find dozens of different opinions about God. Some would see God as a strange divine police officer, interested in us so long as we keep the rules. Some view God as an Xbox game designer, someone who has put all the parts of life together and leaves it up to us to do life. Some people think there is no God to find: ‘What you see is all there is’. Many people would be unsure. In a highly religious world like ours, another option is to try to pick the best parts of each religion and mix them together, like making a smoothie of kale, passionfruit and raspberries. That’s what Pi Patel from the film Life of Pi does. By the age of 12 he decided to follow Hinduism, Christianity and Islam—all at once. Pi is a very religious young man. He believes many things. He is looking for God, and will take whatever he can find. The problem with Pi’s option is that he ends up with a brown-looking religious smoothie with lots of ideas mashed together. The result is confusion, not clarity.

Paul’s walk through Athens Two thousand years ago, the city of Athens was a lot like modern Australia. As we heard in our Bible reading, Athens was a very religious city (Acts 17:22). It was full of temples to a variety of gods. A Christian called Paul wandered around the city and observed earnest and devoted people looking for God in these temples. He listened as they debated the identity and power of different gods. He watched as they worshipped these gods, trying to appease or harness their power.

Was Paul glad that Athens was so religious? No. In fact, he ‘was greatly distressed’ (17:16). Why? The Athenians were confused and lost. They were passionately looking for God in the wrong spot and all their effort had left them confused and without hope. This distressed Paul and it compelled him to speak up and share his thoughts on God. Paul was happy to speak because he was sure he knew the real God and where to find him. Imagine a big crowd, full of passionate supporters of different football teams. Paul stood up and started speaking. How daunting!

Paul’s promise Paul started his speech with a promise. Paul commended the people of Athens for their desire to find God and then drew their attention to one of the altars they had made. The inscription on it read: ‘to an unknown god’ (17:23). This was the Athenians’ get-out-of-jailfree card. Even if all their other gods and temples were proved false, this one would work … hopefully. Paul looked at the crowd and said, ‘You don’t need this altar. God is not hiding. He has revealed himself clearly. Let me show you where he is’.

Paul’s corrective Before he did that Paul corrected a common mistake the Athenians had made. The Athenians thought they could work out what God was like in their minds. Then they built statues to represent these gods, temples for them to live in, and created back stories and rituals to engage with these gods. The problem is that they got it all backwards. Humans don’t invent God. God invents everything. Listen to what Paul said: The God who made the world and everything in it is the Lord of heaven and earth and does not live in temples built by human hands. (17:24)

Paul’s point Human-invented gods are always too small. The real God is the Maker and Creator of every person and everything. He does not even need humans to exist. You probably haven’t built a temple for a god lately. But you may have created a picture of God in your mind. You might say or think things like, ‘I think God is like …’ or ‘The god I believe in would never …’. Your god might be like a fairy godmother or a red-suited man who brings gifts, or someone to blame when bad stuff happens. Paul says that when we do this we make the same mistake as the Athenians and our gods are always too small. The true God is so much more than a grumpy cop or Santa Claus figure. He made the world. He made you. He controls history. We don’t find the real God in our imagination. Before Paul showed the Athenians where to find God, he gave them a final corrective. God is not like an Xbox game designer, who releases the game, walks away and lets us play. The true God is constantly active in the world and he wants people to seek him and f﻿ind him (17:27).

This digitalised product, licensed on a calendar-year basis, comes complete with lesson guides for teachers, student worksheets and access to a wealth of extra online resources. Written by a dynamic and trusted team of teachers, theologians and SRE practitioners, the Think Faith series is an educationally-solid, age-appropriate and flexible resource which provides a learning framework for nurturing, equipping and guiding students in their understanding of the Christian faith. 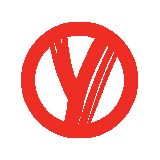