Changing (Dis)Course - The Youth, the Future and shared Responsibility 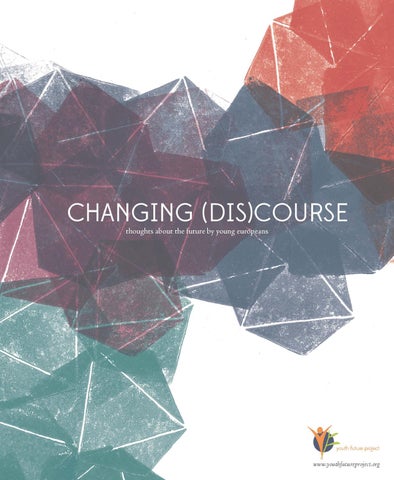 Drama or dialogue? Two people are each sitting at separated tables in a street café. The older is reading a newspaper, his face hidden behind the pages. The younger noisily sucks the last drops of a shake through a straw, a smartphone in his hand. [Muttering behind the newspaper] »Is it really so hard for the young genera­tion of Europe to care about politics?«

Carina studies Sustainable Resource Management at Technische Universitaet Muenchen, Germany. She is currently working with coastal communities for climate change adaptation and biodiversity conservation in the Philippines, Malaysian and Indonesia after having lived in China, Russia, and the Netherlands. For many years, she has been volunteering for WWF, YfU and is an active member of university student councils. Carina doesn’t have a driver’s license and has been vegetarian half her life. Her water footprint is 670 m3/year – What is yours?8

[Looking up from the smartphone and at the back of the newspaper] »Is it? This is definitely a question worth debating. The EU itself did a survey over the past decade, and concluded that there is no evidence for this much publicised claim.3 Although I rather think we should ask a different question: Why would we not concern ourselves with the topics on the current EU agenda, such as social equity, sustainability, climate change or bio­ diversity loss? Politics does not necessarily have to be the only option to take a stake in those issues, only because it seems the obvi­ ous choice to you. As for these values we do care. How could we not? [Silently] They are our future. « [A nose appears above the newspaper and disappears again quickly] »Exactly my point. After all, this is about your genera­tion. We have already made so much effort in the past. I remember the excitement around the United Nations Conference on the Hu­ man Environment in Stockholm in 1972.

We saw it as the beginning of international environmental policy finally steering the global community towards more environ­ mental awareness and poverty reduction. « »Yes, that must have been a remarkable time, although the Stockholm Declaration already sent out wrong signals at the very origin of multilateral treaties: It surrendered the sovereign right of states to exploit natu­ ral resources. It failed to recognise that en­ vironmental issues do not know boarders, that we are dealing with common resources and that responsibility should be shared.1« »Of course Stockholm wasn’t all and more action followed soon. Do you know the Brundtland Report published in 1987? It was there that the term Sustainable Develop­ment was defined for the first time and demands towards green growths were expressed.1« [Rolling eyes] »Yes, I acknowledge that this is a fundamental and important document. But I would not call it “action”. Everything that came out of it was just another series of agreements, conferences and statements.« [Peeking beside the newspaper] »”Just”? Then you certainly do not know how much it has cost global policy makers to realise the UN Conference on Environment and De­ velopment the Earth Summit, in 1992, the adoption of Agenda 21, and the Rio Decla­ ration.«

»On the contrary, I do know how much time, manpower and funds went into these undertakings. Imagine we could have spent all of this money directly on solving any of these problems: We could have reforested millions of trees, built countless schools, invested into renewable energy, and even saved lives by reducing world hunger. [Sad] But we chose not to - and the result is empty promises.« [Irritated] »What do you mean “empty promises”? These treaties are signed and governments all over the world have committed themselves to achieving these targets. « [With a sigh] »How can they fulfil such ambitious goals? All of these agreements are non-binding, which means they have no po­ wer at all to force governments to keep their word or punish them, if they do not.1« [Unbelieving] »Rubbish! The most important document on the conservation of nature the Convention on Biological Diversity was ratified years ago, in 1992 already.« »Big global players such as the USA have never ratified that. And ri­ sing numbers of threatened and extinct species prove our failure.6« [Hot tempered] »The Kyoto Protocol!« »Even worse. The world’s biggest emitters of greenhouse gasses, in that time the USA and Canada, recently overtaken by Chi­ na, are not taking part in that. Even if technically we could still achieve the target of limiting global warming to less than 2°C, do you think it will happen? The temperature has already risen 0.8°C and is accelerating.7 The Club of Rome predicts to hit the 2°C mark by 2052 and 2.8°C by 2080. Seeing globally leading economies turning their back on international commit­ ments is certainly not an incentive for other states to increase their efforts, which is reflected by the ever shrinking support to the second stage of the Kyoto Protocol, also within Europe.1

[Ironic] But again politicians (actually a recent UN statement) came up with a smart solution: Simply increase the target to 3 or maybe even 4°C – just to be on the save side. They lack courage to push through with the inevitable: drastic cuts in emissions. How can we effectively fight climate change like that?« »Listen, solving problems on an international basis with so many stake­ holders is not as easy as you imagine. Much progress has already been made.« »Yes, I absolutely agree with you on that. But in my opinion, relying on global policy makers will not bring about the change we need. It was the scientists, not the politicians, in the first place who set the global agen­ da on sustainability, presenting their research on climate change (IPPC), economic models (Stern Report), and the Millen­nium Ecosystem Assessment. That economic development and human population cannot increase endlessly was already well described by The Limits to Growth published 1972, but never adequately addressed in international politics, thus failing to lead to any effective measures. What we are experiencing instead is that poverty, inequity, and pollution are growing without limits. It is out of the question that UN-led and other cross-boundary efforts contributed to stimulating the global community on sustainability topics. But how can you – after half a decade of agenda setting, goal defining and unfulfilled promises – still argue that this is the road towards a more equitable and green world? [Quietly] So much time passed: You have grown old. What change have you seen? Is it a change for the better? Where have all these conferences, declarations and conventions brought us? [Understanding] »I see that you are frus­trated about the slow progress international policy is making, but it is the best option we have. Doing nothing would even be worse, don’t you agree?« »Of course I am not proposing to do nothing. What I am saying is that there is an alternative to politics: We should shift the focus from agendasetting to implementation. What we need is action on the ground.1«

[Disbelieving] »And how would you pos­ sibly do that, when hundreds of wise and powerful people before you have failed?« »I believe we should trust in decentralised actions, in a grass-roots approach to combat climate change, support developing coun­ tries on their path to green growth, and to build up an equitable society.1 We can already see many such examples of governance by individuals, companies and non-profit organisations. For example, the number of sustainability start-ups has increased exponentially over the past de­ cades.2 Communities decide to get off the grid, produce their own electricity by wind and solar power, and a team of university graduates is working on a machine to clean the oceans from plastic waste to up-cycle it to crude oil again. [With an understanding smile] »These young people of today only have un­ realistic dreams in their mind. Do you think that can save the world?« »It is not only about tangible concepts you put into practice, but more about your atti­ tude, awareness, and willingness to change your lifestyle. More and more customers prefer organic, recycled and fair products over standard items and Europeans in gene­ ral are aware of the global links between the challenges of the 21 century.2 They are willing to take the responsibility on their shoulders. Agriculture, forestry, and other land uses account for 1/4th of

global anthropogenic greenhouse gas emis­ sions.7 Not only does livestock, especially cattle, emit harmful gases directly, we also lose hectares of tropical forest every day for the cultivation of their feed, mainly soy and maze, which in turn has to be shipped around half of the world to reach us in Europe. If we consume less meat, we can reduce global warming, conserve tropical biodiversity and even combat world hunger, because the crops can feed hungry people, not cultivated animals.4 « »So you are suggesting Europe’s future is a generation of vegetarians instead of politi­ cians? [Laughing about his own joke] Why would this small scale action be more promising than what international treaties have achieved so far?« »It is as simple as the fact that the young people of today do already care about their responsibility for the future and live up to that: The average student commutes by bike or public transport, instead of own­ ing a car or flying frequently.5, 9 Resources are shared in student homes and schools’ cafeterias9; we eat less meat, consume local products, visits different countries to under­ stand and respect foreign cultures and their languages, and thereby learn to value our privileges living in Europe.3, 4 The majority of young Europeans are com­ mitted to volunteer work, our ideals in life are not about making profit, but minimi­ sing our ecological footprint. We are cur­ rently en­rolled in more study programmes

for sustain­ability, renewable energy and en­ vironmental management than ever before. We are backpackers going for eco-tourism with a light ecological rucksacks, we calcu­ late our water footprint through apps and look at the fair-trade label before buying our coffee, we ask the local farmer for his left-over crop and we think second-hand is more in than first-hand.2, 3, 8 We are advocates of peace, fans of Gandhi and campers against hedge funds. We save wales on boats and not on paper, we join local organisations and NGOs to create change right in front of our own doorsteps, and we do all of this because we are convin­ ced that this is the future.3 Maybe it is not Europe’s youth that does not care about politics, but Europe’s politics that does not care about our future?«

Changing (Dis)Course - The Youth, the Future and shared Responsibility 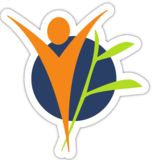