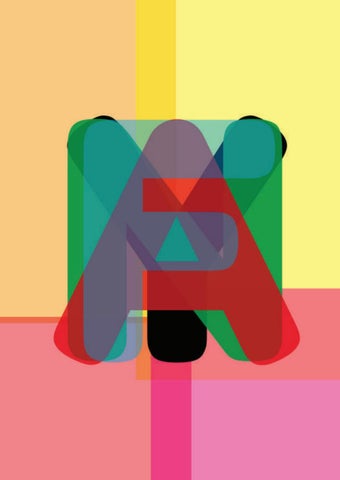 Young people need the arts just as much as the arts need the engagement of young people to keep running. Now it feels, more than ever. Young people are more engaged than before, with social media on the uprise. We are the driving force for the creative industry. Our generation is full of upcoming artists, film makers, writers, photographers, the list of jobs in the creative world goes on and on. We have the ideas for change. Recent statistics show that millennials tend to spend more money on experiences such as gigs, exhibitions and festivals than on anything else. As a millennial myself, I can completely agree and relate to these statistics; I would much rather spend my money going to a gig seeing live music with people who are all there to have a good time and enjoy the music together as a community.

I think these recent findings just prove how much of an impact the youth is having in the arts world, as the amount of gigs/exhibitions/festivals being put on sees to be up on the increase more than before.

YNAF is a celebration of art; the festival cultivates talents from young people of all ages and across the arts. In 2017, the festival saw a plethora of events which included a choir of a thousand and a world-renowned author, amongst all of the other events, experiences and workshops that took place. Being involved with YNAF is a wonderful experience as it fosters a platform for creativity and expression.

From childhood, I was taught that, as a girl, my body hair was something that I needed to remove. At eleven, I started growing armpit hair. It didn’t bother me - to my mind, it was a sign that I was growing up. But it bothered a group of boys at the park. They saw it and laughed and my nickname in the corridors suddenly became ‘Hairy Armpits’. I told my mum that I wanted to shave, so she gave me a razor and I did. In P.E. lessons at high school, when the follicles on my legs awakened and the hair began to grow, the other girls helped me to conform, “You should start shaving,” they said, “Smooth legs are so much nicer.” My friends gave me advice, told me how best to do it. So I did.

Art isn’t just meant to be beautiful; it’s meant to make you think; to make you uncomfortable; to shock. Years later, I realised that the only reason I was shaving was because other people expected me to. When I was alone, when I hadn’t shaved, I was still comfortable with it. So I stopped. The unfair double standards imposed on us by our society frustrate me: generally, it’s acceptable for men to be hairy, but it’s seen as disgusting if a woman has any hair below the brows. I wanted to find a way to express that frustration, to try to create change. As part of my A Level studies, I am photographing people who choose to grow their body hair. I am trying to use my platform to represent an image that I feel is underrepresented. And, on a small scale, it’s worked: a mother told me that she had shown my images to her eleven year old daughter. Her response? “I feel like I have a choice now.” During high school, I didn’t feel like I had a choice. Not shaving didn’t seem like an option - not unless I wanted to be stared at and called names and hear whispers behind my back. I want people to see these photographs and understand that they do have a choice:

to shave or not to shave? Two equally valid options. Art isn’t just meant to be beautiful; it’s meant to make you think; to make you uncomfortable; to shock. Art can be used to challenge ideas, to encourage the viewer to question their beliefs and adjust them. Art should be used in this way. We don’t live in an ‘ideal’ world, and probably never will. But that doesn’t mean we can’t strive for one. We all have things that matter to us. We can all try to do something about them. How will you use your art for change?

Not only will Bharatnatyam, an Indian classical dance form, get your feet moving, but before long, your arms, head and even eyes will play an important role in your first step to mastering the tricky (but fun) dance.

You may be able to guess from the name, but this celebration revolves around the 250th birthday of the circus, a truly magical art-form.

Viji, a professional Bharatnatyam dancer and teacher, will guide you through the unique steps and movements of the dance so that you can go home and show off to all your friends and family! It could be your next big ‘thing’ but you’ll never know if you don’t try so why not give it a whirl?

Not only will Lord Mayor’s Street be adorned with circus themed decorations, but the surrounding city will come alive with street performances, exhibitions and to top it all off, a parade of beautiful elephants (made with the help of local schools, artists and internationally renowned Kinetika) will grace the streets. Come along with all your friends and family to this ‘once in a blue moon’ enriching experience - it would be a shame to miss it!

‘In Addition’ by Orange Skies Theatre

Do you usually go to the theatre to watch plays? If so, what usually takes your fancy? Comedies? Tragedies? How about political plays? It’s not something that people would usually go for but that’s the beauty of it.

Do you enjoy writing rap or poetry? Do you want to extend your repertoire? Have you ever met Norfolk rap sensation Franko Fraize? Well, here’s your chance!

‘In Addition’ by Orange Skies Theatre incorporates physical theatre, innovative lighting design and a bespoke score by Youtuber and musician Christopher Bingham to bring to light the serious consequences of privatised healthcare, which could, sooner or later, affect us all. It may not be your first choice but try something new this summer to gain more knowledge and insight into this political and social issue - who knows, you may even be inspired to write a play of your own!

You can join other young writers in this workshop to improve your skills and gain valuable advice from the British rapper from Thetford who’s latest tunes include ‘Side by Side’, and who has festivals such as Sundown under his belt. So, don’t be shy! Head on out and show us what you’ve got!

ough the thick A fairy could not fit thr place, Sea of bodies in this e on are Our breathes yâ&#x20AC;&#x2122;s wheezing. In harmony with the cit silence even exists You could forget that es Amongst strange fac htening feet lig of ns llio Amongst mi And hands und words Mouths that curve aro d. Youâ&#x20AC;&#x2122;ve never whispere es gu ton t en A billion differ r kaleidoscope of colou ow nb rai l, In a beautifu It could be too much For me. I am wordless to this is a thief This sweeping crowd how to speak And I have forgotten colossal sound tomorrowless tide of Swimming through a Who am I Who are you To All Of This?

It’s Not Just Me

Down by the River

For the full playlist, visit 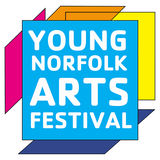