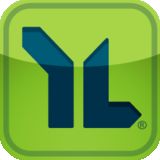 from Spring Board 2020 — Full Version
by Young Life

Paul ends 1 Corinthians 3:6 with these final words, “but God has been making it grow.” Well, as I give you some of the places where we have planted and watered in this past year, God is the one who “makes it grow.” This truth could not be more evident in Development. This is His mission and He has brought more and more people into it, specifically gospel patrons!

• The growth we have seen in the development work over these past five-plus years is nothing less than miraculous. Here are a few examples:

» “The generosity I see from some of our longtime friends is unprecedented.” — Mike Miller, senior divisional campaign director, Midwestern Division » “The leaders, staff and volunteers loving kids in Africa is inspiring, and the Holy Spirit is at work for sure ... but the way the Lord has funded this growth is amazing. He is on the move.” — Candace Grisdale, campaign director, Africa/Middle East Division • We have gone from very little of our international funding coming from in-country, to $6 million annually coming from indigenous giving across the globe. One of the greatest examples might be in the Dominican Republic and Nicaragua as shown below.

In my sixth year as the chief development officer, I can only give you a few certainties. First, Young Life is blessed by its mission for the next kid, the next school, the next city and the next country. Second, we have the greatest partners on the globe. And finally, it is God who makes our mission grow … to Him be the glory!

This story is from:
Spring Board 2020 — Full Version
by Young Life