hen York House School, an independent school for girls in Vancouver, set out to replace its aging senior school building, it had many of the typical requirements of a modern, upscale school: energy-efficient systems, lots of natural light and flexible workspaces to accommodate 21st-century teaching practices. But one item on the list was unique. York House’s 80-yearold campus consisted of several buildings that had been added piecemeal in disparate styles over the years, explains Mark Ostry, principal of Acton Ostry Architects. “The senior school forms a new entry portal to the whole campus, creating an intersection for all 600 students to converge and connect,” says Ostry. It was an exciting design challenge, but one that was complicated by some of the constraints presented by the site. First of all, while the old building was demolished, the two buildings on either side – the science lab and the cafeteria – remained in use by students. Sharing a construction site with children wasn’t a problem as covered hoardings were built for students’ passage, but it did slow things down, says Thomas Almas, president of First Western Projects Ltd. While access between the old building and its neighbours had been by means of an egress, the new building was to connect directly. “We were trying to save space and be efficient by accessing stairwells right next to us,” says Duane Palibroda, principal of Fast + Epp. “That triggered a seismic review of the existing structures on either side to see if the buildings met the minimum requirements of the current B.C. Building Code – which threw everybody for a loop and took up a lot of time.” The science lab and cafeteria were also built at different elevations. “It was an ongoing challenge to make sure the new building coordinated with the existing adjacent buildings, because everything was out of alignment all around it,” says Susan Ockwell, project lead with Acton Ostry Architects. “We had to find a rationalization of systems to integrate the new building seamlessly with all of the adjacent connecting buildings, without compromising the design principles of 21st-century learning environments.” When it came to installing the mechanical systems, the crowded site put up one more obstacle. “We wanted to use air-to-water heat pumps, which are usually installed outside – ideally on the roof,” says Willie Perez, a principal of MCW Consultants Ltd. But with the building already at maximum York House Senior School

height and no room at ground level, there was no choice but to locate them inside the school. “We finally installed the unit in the basement, where it draws air from the courtyard, then outputs it back into the courtyard at a higher level.” Silencers were necessary for both the intake and the exhaust, in consideration of the students and the school’s residential neighbours. From a design perspective, York House Senior School looks nothing like a typical high school. “York House is a very progressive school, with a contemporary design to match,” says Ostry. Bordering the grounds is a stone wall that varies in height, and, at one point, is replaced by a vine-covered metal trellis. Cutouts in the wall allow peek-a-boo views to the courtyard and school beyond. “It’s enough of a barrier to make it feel private, but not so much that it feels unwelcoming,” says Karin England, senior landscape architect with PWL Partnership Landscape Architects Inc. The path leading to the entrance is lined with a boxwood hedge and white roses – an emblem of the school and a reference to the York Rose.

Inside, the floating three-storey staircase takes centre stage. Its glass guards are etched with the names of famous women and York House alumnae. The formal teaching spaces – 16 classrooms in total – are at the perimeter of the building, while spaces for informal learning and socializing surround the skylit atrium. The architecture is expressive of the school’s West Coast location, showcasing wood, stone and other natural materials. The structural elements are exposed and even celebrated – a design element that required extra effort to hide the mechanical and electrical components. “Typical schools have a standard T-Bar ceiling, with lots of space to run cabling and all kinds of services through

there. This design had very little ceiling space that we could run electrical into, so the design had to be extremely precise and carefully staged before anything was constructed,” says Phi Ho, principal at Acumen Engineering. With no pathway for cabling between the corridor and the classrooms, conduits had to be buried into the concrete slab. And as this approach limits flexibility in the case of future growth, the design called for roughly 40 per cent spare capacity to be buried inside the walls. “We went through a lot more detailed layouts than we normally do, showing detail right down to three-quarter-inch conduits, which is unusual,” adds Ho. There were other aspects of the project that required more upfront preparation. “Some of the design elements weren’t very common, so there was a real learning curve,” says Savva Hatzisavva, project manager with The Haebler Group. And with a tight, inflexible timeline (demolition took place over spring break in 2012, and the school had to be ready in time to begin the school year in September 2013), there was no room for missteps. “We were bringing in [trades] well in advance to go over all the details

and any potential problems,” says Hatzisavva, who points to the integration of the European wood-panelling product with solar fins on the glazing as one of the trickiest design details. Overall, says Hatzisavva, the project was a challenging exercise in collaboration and planning, “but in the end, we got there – on time and on budget.” n Location 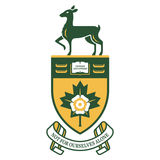