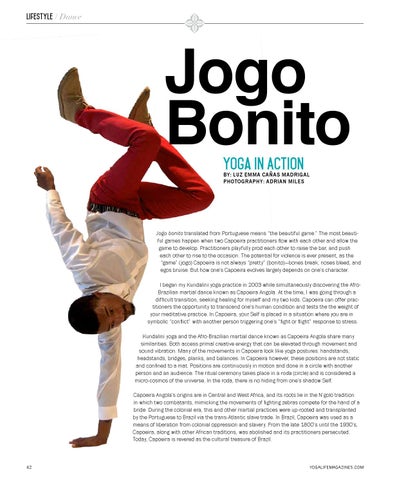 Jogo bonito translated from Portuguese means “the beautiful game.” The most beautiful games happen when two Capoeira practitioners flow with each other and allow the game to develop. Practitioners playfully prod each other to raise the bar, and push each other to rise to the occasion. The potential for violence is ever present, as the “game” (jogo) Capoeira is not always “pretty” (bonito)—bones break, noses bleed, and egos bruise. But how one’s Capoeira evolves largely depends on one’s character. I began my Kundalini yoga practice in 2003 while simultaneously discovering the AfroBrazilian martial dance known as Capoeira Angola. At the time, I was going through a difficult transition, seeking healing for myself and my two kids. Capoeira can offer practitioners the opportunity to transcend one’s human condition and tests the the weight of your meditative practice. In Capoeira, your Self is placed in a situation where you are in symbolic “conflict” with another person triggering one’s “fight or flight” response to stress. Kundalini yoga and the Afro-Brazilian martial dance known as Capoeira Angola share many similarities. Both access primal creative energy that can be elevated through movement and sound vibration. Many of the movements in Capoeira look like yoga postures: handstands, headstands, bridges, planks, and balances. In Capoeira however, these positions are not static and confined to a mat. Positions are continuously in motion and done in a circle with another person and an audience. The ritual ceremony takes place in a roda (circle) and is considered a micro-cosmos of the universe. In the roda, there is no hiding from one’s shadow Self. Capoeira Angola’s origins are in Central and West Africa, and its roots lie in the N’golo tradition in which two combatants, mimicking the movements of fighting zebras compete for the hand of a bride. During the colonial era, this and other martial practices were up-rooted and transplanted by the Portuguese to Brazil via the trans-Atlantic slave trade. In Brazil, Capoeira was used as a means of liberation from colonial oppression and slavery. From the late 1800’s until the 1930’s, Capoeira, along with other African traditions, was abolished and its practitioners persecuted. Today, Capoeira is revered as the cultural treasure of Brazil. 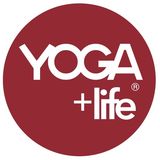