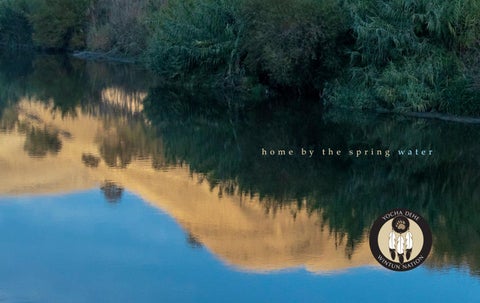 Importance of Cultural Resource Protection Just as public and private cemeteries with tombstones deserve protection from desecration, so do the burial grounds of Native Americans. The only difference is that Native burials often lack above-ground markers. However, Native Americans trained in cultural resource protection can identify locations likely to contain such burials. And many California tribes, like Yocha Dehe, work to protect sacred sites from disturbance and desecration resulting from development. In this work, tribes are armed with the power of state and federal laws, and the support of a state agency called the Native American Heritage Commission. Tribes usually protect cultural resources in their ancestral territories, the areas where their people lived before the European invasion. The Native American Heritage Commission has recognized that Yocha Dehe (along with its sister Patwin tribes, Kletsel Dehe and Cachil Dehe) has standing to protect the cultural resources buried in Solano County, which is part of the area where the Patwin peoplesâ&#x20AC;&#x2122; ancestors once lived and buried their dead.