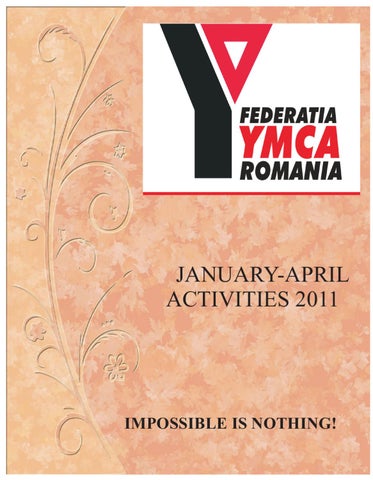 January General Assembly in Timisoara - 7th to 9th of January One of the most important issues were the election of the new National Board and the election for a new Secretary General of the organization. The new Board consists of five persons: Ioan Burnar - President Dan Carpov - Vicepresident Ion State - Treasurer Alexandra Bulboaca - Member Lucian Ciorba - Member As Secretary General of YMCA Romania, Alina Pop was selected for a four year mandate.

April YMCA Romania is partner in a new project -Fit for future -a youth exchange project funded by Youth in Action, that will take place in Germany between 26 July4 August 2011 The topics of the exchange are: -social business - personal development - cooperation Partners of the project : Latvia, Romania, Greece, Germany

YMCA volunteers from all over Romania are preparing to celebrate 6 of June, because many years ago-1844 - in this great day was founded the Y! The romanian YMCAs are ready to â&amp;#x20AC;&amp;#x153;move â&amp;#x20AC;? their community in this great day, to spend time with the others young people, to share the Y spirit, to promote the local YMCA activities, play games, do sports and, most important thing to have FUN!

BREAKTHROUGH MUSIC- TENSING YMCA ROMANIA Tensing YMCA Romania - organizes groups of young people from 14 years and up, ranging in size from a handful to several tens of members. Membership is open to all and does not require any type of talent, skill or training. TEN SING is based on the core goals and values of YMCA with an emphasis on the following: Performimg arts , Youth empowerment , Diversity , Open-mindedness You can join us every Saturdays between 12.00-14.00 at the Y and have fun together!

YMCA DOBROGEA April YMCA Dobrogea organized in collaboration with AIKIDO Club Constanta first stage of aikido in 2011(marking 10 years of martial arts AIKIDO practice in Constanta) . It was a successful period which was attended by over 100 young participants and was held over 70 grade exams! Participate at staff meeting of YMCA and Y&#39;s Men Club in Bulgaria in Gabrovo were the only representatives from Romania. Two new dojos aikido - YMCA Dojo and New Generation Aikido Dojo (a dojo dedicated exclusively to children at school New Generation Partners at the project “Mic si voinic” “Little and Brave ”

STUDENT PLUS FOUNDATION TIMISOARA January Ski Camp Student Plus 2011 Mittersill, Austria - Jan 30-Feb 5 Project” IN &amp; OUT - Creativity for Young Volunteers” is a Youth in Action project - European Voluntary Service. Since January 2011 we have four volunteers from France, Italy and Iceland having stages between 7 and 11 months in the Student Plus Foundation.

THANK YOU TO ALL OUR PARTNERS FROM ALL OVER THE WORLD FOR THEIR SUPPORT, TRUST AND COMMITMENT.

Here is the newsletter about the activities organised by local YMCAs in Romania, between january and april 2011. 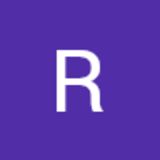