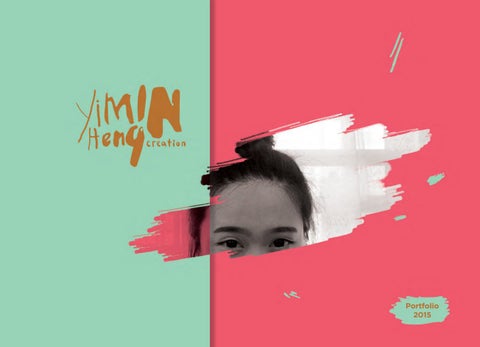 She is a creative enthusiast who likes to unleash her true passion through designing. With every task and challenge given, she turns them into a learning opportunity. She is the kind of person who will always strive to achieve the best and is trained to overcome all sorts of obstacles in the aspect of design. The process of designing and illustrating is an enjoyment to her. She has faith that little things will always make big things happen.

The One Academy Penang

Weng Peng Engineering is a mechanical engineering company, which established in 2004. They do machine spare parts, standard parts fabrication and machine repairing. The new logo formed by the words of â&#x20AC;&#x153;WPâ&#x20AC;?. Triangle shape is developed into the logo design as its sharp edges represent precision engineering.

Corporate Identity The triangle in the middle is bigger then others which consistent with the idea that is a outstanding, progressive, powerful and carried forward. Engineering works need the cooperation of everyone so the triangles in the logo are linked together. The corporate color represents the loyalty and corporate mentality of the company. 6 basic tools are picked as the brand elements. Triangle shape is added into each tool design to identify as Weng Peng Engineering.

We are not the first, but we are the best.

Athens is the capital and largest city in Greece. It is one of the world’s oldest cities in Europe. It is also the host city of the 1st modern-day Olympic Games 1896.However, the country faces a severe debt crisis and has many challenges to face, such as thelow rate of development and the large unemployment (25% in December 2012), tax invasion and corruption of the political parties.

Corporate Identity Rebranding is to promote sustainable tourism in the city. Sustainable tourism is defined as “tourism that respects both local people and the traveller, cultural heritage and the environment” It helps to strengthen local entrepreneurship and competitiveness of the local economy by focusing on the city’s comparative advantages. Hence, ‘Discovering the true Athens’ is the concept behind the branding. Series of local and famous festivals are held continuously from June until September 2016. The opening ceremony will also talk about the concept of the city branding, including the hidden meaning of the word ‘Athens’. Each alphabet from the word Athens represents the strength of the city. The idea behind the logo marque is to combine Greek, the map of Athens, with the astronomy, which makes reference to ancient Greece.

My Childhood Is Better Than Yours Publication Design

What is the lifestyle of children nowadays? Computer games, PS3, smart phone and more which these advanced gadgets are not available at our childhood. What I used to do when I was young is playing kite, Bakuli ball, top, eating snacks bought from the grocery store nearby and many more. Since technology advanced pretty fast, few of these games and foods are rare to see now. I want to record down the childhood memories right before the heavy techy generations, which is 70s to 90s. The book separates into two sections, which is games and snacks. Hand drawn illustrations and brush typefaces represent the imagination and innocence of children. The book is package in an envelope make reference to the feeling when you receive something afar. â&#x20AC;&#x153;My childhood is better than yoursâ&#x20AC;? is the name for this book because we were able to find joy and happiness in simple activities during those days. I hope this book will bring your precious childhood memories alive.

The Muppet Show is a comedy-variety television series that was produced by puppeteer Jim Henson and features The Muppets. Some characters are very popular such as Kermit the Frog and Miss Piggy. Iâ&#x20AC;&#x2122;ve created a book for The Muppet Show. The content is a compilation of history, founder, how Muppets work, and the characters. Various techniques are used for this book, such as pop up pages, die cut shapes, mini interactive Muppet and fun games. Green and red are the main color scheme, which comes from the color of the characters. It also represents fresh and happiness.The book hopes to introduce Muppet to the world and bring joy to everyone.

Mushroom is a healthy and organic food yet it is funny that most of the mushroom packaging in the market are not sustainable. Magic Bloom wants to repackage their mushroom in a more environmental friendly way. The new packaging design is an example of eco-sustainability using only one piece of 100% recycle paper and without using any glue. The mushroom diecut shape and the colored title help consumer to differentiate the type of mushroom. The user experience is wonderful where the packaging helps consumer to access their food in a time saving and sustainable way.

Most people think that dining at the fast food joint is very unhealthy because they are considered as junk food. Although they don’t exactly qualify as healthiest food in the world, you have our word that McDonald’s foods are actually made with fresh ingredients from the most trusted suppliers. In this project, I worked in a group of two to create a series of poster for Mcdonald’s campaign. For the first poster, symbols that represent worry free, no worries or no problem were used. We use McDonald’s products to form the words “OK”; OK means no worries. As for the second poster, We also used Ronald McDonald, the mascot of McDonald as representative to promise that their food can be trusted, hence, a thumbs up from Ronald McDonald is shown.

You Are Your Superstar Campaign Integrated Campaign

Many people refuse to go to Red Box Karaoke because they think they canâ&#x20AC;&#x2122;t sing. Thus, we created an advertising campaign to urge with everyone that even you are not good at singing you can still sing at Red Box Karaoke because Red Box Karaoke gives you the best Karaoke experiences. Through the campaign, we tell everyone that you are your own superstar. Everybody can sing! Everyone is a unique singer. Be confident and sing out loud. Mobile apps, website banner and Youtube takeover are used in the campaign so that the message is easily spread and transfer to public, undoubtedly including the target audiences.

When people travel, they would like to experience the real local culture while traveling. Thus, we position Zilago as an area targeted Hotel Search Engines Portal that understand about the Penang accommodations. Nobody understand the accommodation in Penang like Zilago. To expose the official launch of Zilago and make it more happening, the 'A-Maze-Ing Race' Campaign is created to grab more attention from the audience in order to attract possible consumers. This campaign will be launch to attract the audience to play an interactive game, in chance to win a key and a free stay in Penang. Vibrant and youthful colors, isometric view were used to create the visual to atrract the audience. Besides that, we designed some promotional such as t-shirt and tote bag for the campaign.

In one of my college project, we are required to design a game interface. The title of my game is The Adventurous Journey. The goal of this game is to help the couple to find the lost maps in order for them to continue their journey. We created a unique 2D vector graphics world, loaded with interesting characters, life forms and adventure related tools.

All right reserved. No part of this book may be reproduced, stored in a retrieval system, or transmitted in any form or by any means, electronic, mechanical, photocopying, recording, or otherwise, without prior permission of the author. The book author retains sole copyright to his or her contributions to this book. 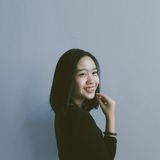