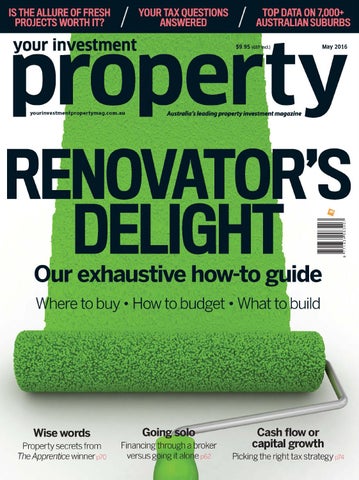 Apprentice to master investor: How Andrew Morello keeps on winning Andrew Morello has gone from owning a business at 14 to owning nine properties today. He talks to Your Investment Property about working hard and trying new things

ndrew Morello founded his own business at the age of 14, won the ﬁrst season of The Apprentice in 2009, and is now head of business development at Yellow Brick Road. Throw in the nine properties he owns, and it’s a wonder that Andrew has achieved all this before his 30th birthday. How has he done so well at such a young age? Andrew attributes his success to his parents, who came to Australia on a boat from Italy in the 1950s. He learnt from them the importance of a strong work ethic, and the beneﬁts of investing money. “I grew up in a household where it was normal to be comfortable with debt,” says Andrew. “I realised that only through debt can you grow, and if you want to grow you need to be willing to take on calculated risks.” Andrew’s parents were property

investors themselves and made sacriﬁces to do so. Indeed, his father worked seven days a week as a mechanic, which he did for 20 years before he cut it down to six days a week. “As a child, my father would wake me up on weekends and I would do chores such as clean out a property before it got rented, and work on the gardens,” says Andrew. From the age of eight until he was 13, Andrew would also work at Morello Motors where his father would pay him $5 a day. “My father educated us about buying property. Not that he ever put pressure on me to invest, but I felt this obligation to buy a property as soon as I turned 18,” he says. Even before that purchase as a teenager, Andrew had his ﬁrst major business success when he was much younger.

Owning a business while still at high school When most people are 14, they are yet to learn much about the ins and outs of the business world. When Andrew was 14, he founded his own business off the back of a government grant obtained through the head of youth services at Moonee Valley Council, Carol Espinoza. “I went to her with an idea to start running drug- and alcohol-free youth events in Moonee Ponds,” he recalls. After the events, Andrew would go home with a shoebox ﬁlled with cash, and he and his dad would divide up the money. Andrew would pay the costs associated with running the events, and then whatever was left over would be halved. “My father said you get to spend half and enjoy it, but the other half goes to the bank,” he says.

Roughly 4–5.5% yield on each property

Over a three-year period, Andrew had saved enough to put a $50,000 deposit towards his ﬁrst property. By the time he turned 18, he had purchased a $300,000 apartment in Moonee Ponds, 7km northwest of Melbourne’s CBD. Moreover, he did it without any ﬁnancial assistance from his parents.

Choosing real estate over university When Andrew’s father asked him if he was going to university, his response was that he didn’t think it was for him. “My father was supportive – he’s a mechanic, and he’d done really well for himself. He could see that I was a hard worker and I was proactive,” Andrew says. “I’m all for higher education, but I think it needs to be relevant. Especially in this day and age, there are a lot of young people doing university degrees for the sake of doing university degrees, or to appease their parents.” Instead, Andrew got into real estate 72

and auctioneering, and ended up joining his brother’s business, Thomson Real Estate. This wise career choice resulted in Andrew auctioning more than 1,000 properties. Moreover, in 2009 Andrew tried out for, contested and won Australia’s ﬁrst season of the reality TV show The Apprentice. Since that victory, Andrew has been head of business development at Yellow Brick Road, working alongside the executive chairman, Mark Bouris.

Chasing capital growth in the city Two years after buying his ﬁrst property, Andrew purchased a second property in his beloved Moonee Ponds. “I always tell people you have to build the equity in your ﬁrst one, and that’s probably the hardest battle because you have to re-educate your spending habits,” he says. Andrew’s overall strategy was to build a solid foundation of blue-chip

I’m just a simple boy from Moonee Ponds trying to get ahead.

My favourite colour is pink.

When I grew up I originally wanted to be an astronaut. (I still want to go to space.)

I’m a co-founder of www.projectgenz.com.au, which helps educate future leaders in orphanages in emerging countries.

real estate in major cities early in the investment process. “Generally, when I was growing up, properties performed particularly well within 15km of the CBD. But the location has probably extended further out in the last 10 years, considering the gentriﬁcation of Melbourne and Sydney. “I always say to people that before they do the speculative stuff such as subdivisions, they should just go and get themselves a two- or three-bedroom blue-chip property. “It can always be rented out, you can build good equity off the back of it, and if the market takes a turn for the worse, it’s not too volatile. People are always going to need to live there, and you’re going to get good yield from them.” Andrew adds that buying an investment property is a big decision, and he is not one to be rushed into making a purchase. “I like to be able to negotiate better terms for my properties, so I have time to think about what I’m going to do,” he says.

Top 5 ﬁnance tips Ɣ Make a budget ƔBe attractive to lenders ƔLook at your options – shop around ƔKnow all the details of the loan structure and fees ƔAdd extra repayments to your loan, if possible

Treating investing like a business Property investors need to realise they are not just property investors; they are business owners, says Andrew. “Effectively what I have done is get into the business of property investment. That’s what I tell people,” he adds. He explains that as soon as you start to treat property investment like a business you can deal with the stress and the drama. This includes the ongoing battle with tenants and things of that nature, which are a little easier because with any business there are going to be challenges. Andrew also owns properties in Melbourne suburbs such as Kensington and Flemington. In fact, eight of his nine properties are in Victoria, while his other one is in Bondi, NSW. “If the economy falls down tomorrow, Bondi is always going to make money,” Andrew says. “There’s always going to be somebody at an auction to buy that.” He adds that it’s also important to have a diverse portfolio in terms of different suburbs and a range of property types. “If you buy all of your 10 investments in one apartment building and something goes wrong with that apartment building, you are stuffed,” he says. “Spread your investments out and try three or four or ﬁve different suburbs.”

“If you want to be successful, you need to sit down with the smartest people in the industry” Future investments Andrew doesn’t regret much about his property investing journey, but one of the areas he wishes he had bought into over the past few years is Western Sydney. “I never got into that market, even though I had many opportunities. Five years ago, I could have got into Blacktown for $300,000 to $400,000, which could be worth $700,000 to $800,000 today. I would’ve doubled my money in ﬁve years.” At the moment, Andrew is also keeping an eye on the Gold Coast, where he says there has been a lot of time, money and effort spent on bringing it into the 21st century. “The reason why Gold Coast didn’t work is because it’s too emotional and has these highs then lows. But now, what’s happening is that people are ﬁnding homes and investment properties, and they are commuting to Brisbane,” he says. “The Gold Coast is really being seen as a business hub now. “There are a lot of people setting up head ofﬁces in the Gold Coast, and the Commonwealth Games is happening there.”

Anything is possible If there is one thing that Andrew’s journey has shown, it’s that sensible

risks can pay dividends. In particular, Andrew’s mother and father fostered an environment in which he was encouraged to go and try things out, whether it was in sport, business or travel. “It wasn’t about supporting us ﬁnancially, but with unconditional love and great wisdom. My father always told us anything is possible,” Andrew says. Andrew also acknowledges the help he has received from his “phenomenal mentors”. “I was very blessed being in the property industry at 18. I met people that owned 30, 40, 50, 60 properties, and I would go and take them out to lunch,” he says. “I would hear about what their thoughts were and the mistakes they had made. “If you want to be successful, you need to sit down with the smartest people in the industry. I catch up with my ﬁnancial planner quarterly, and what we’re doing at the moment is paying down debt in a proactive way,” he says. Andrew’s ultimate goal? “I want to make lots of money to pay other people really well to do the things I don’t want to do, so I can do more things that I love doing with the people that I love,” he says.

Continually educate yourself on property and business

Look to collaborate ANDÁNDGOODPARTNERS you can work with

Get yourself a mentor MAY 2016 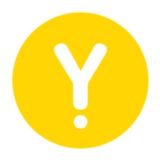 Apprentice to master investor: How Andrew Morello keeps on winning

Andrew Morello has gone from owning a business at 14 to owning nine properties today. He talks to Your Investment Property about working har...

Apprentice to master investor: How Andrew Morello keeps on winning

Andrew Morello has gone from owning a business at 14 to owning nine properties today. He talks to Your Investment Property about working har...