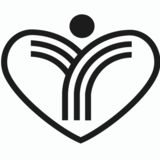 Mark & Carma Devries operate a century farm and ranch near Sheffield, IA. The operation, primarily corn and cattle, was passed down from Mark’s great-grandfather, and as their son Joe is currently farming with them, the operation is carried on by the fifth generation.

The Devries first learned of the Homes for Heifers program when Gary Adams spoke at a local event organized by Mark Mulhenbruch (see below) in 2017. Yellowstone’s mission really resonated with them, and they accepted their first heifer that same year. They have hosted a heifer every year since (now two), and Mark took over as H4H Area Trustee when Mark M. stepped away from the cattle industry. Mark currently serves on the Iowa State Cattleman’s Board and invited Gary to their convention last December to help spread the word to other ranchers in the area.

Not only did Mark & Carma become H4H donors, but they also got their local church involved. Zion Reformed Church has a Benevolence Fund that each year provides funds for charities in need. According to Mark,

“In 2020, there were some funds left, so I put in a request for Yellowstone Boys & Girls Ranch.” The request was approved and now, for the past two Christmases, Zion has sent a year-end gift to YBGR.

Thank you to the Devries (and Zion Reformed Church) and to all our Homes For Heifers donors who make a difference in the lives of troubled children!

Justin Mills first met Ranch Manager Gary Adams when Justin was living in Billings and working for Northern Broadcasting. The two formed a friendship, and when the NILE General Manager position came open, Gary, who was heading the hiring committee, recommended Justin. As it happens, Justin was hired and served as the GM from 2006-2013. Coincidentally, during that same time, Justin’s wife Mila was working as a paraprofessional at the Yellowstone Academy, the K-12 school located on YBGR’s campus.

When Mila’s parents were getting ready to step back from their ranching operation that had been in their family for over 100 years, the Mills and their five children decided to move back to Upton, WY in 2013 to take over the operation.

about 300 cow/calf pairs, an extra few head is an easy addition for the family’s operation, but it makes a huge difference for the Ranch. Thank you, Mills family!

A Special Thanks to all our donors whose generosity supports the Vo-Ag Program.

For more information about contributing a calf, or to inquire about YBGR's other farm programs, please contact Gary Adams at 406-855-5230.

This story is from:
Wrangler: 2022 Summer
by Yellowstone Boys & Girls Ranch Foundation