Self-Portrait of Sorts: A Visual Documentation

Showcasing and analysing reflections and iterations extracted from the toolkit.

Preface The toolkit was tested with 10 Singaporean design students. This book showcases the evolution of the individuals’ selfportrait, as well as their reflection thoughts throughout both Phases of blind drawing. While this compilation serves as a documentation, it also hopes to show the differences when the reflection process and tools were introduced between Phase 1 and 2 of the activity. After all, seeing is believing.

Interpreting The outputs are arranged in a linear fashion to be able to see from a glance the differences from the first iteration to the last. Below is the way it is arranged and sequence it should be read in:

Casimir As you can see, Casimir’s first and last iteration has a visible difference. He was able to actually get most of the features right the first time, but the last one saw some dispositions which he initially managed to get more accurately.

Joanne Joanne’s iterations saw a visible improvement! She started out with the basic details of her features, but gradually progressed and challenged herself to draw more details and still get most of the position of the features right.

Jodi Jodi’s iterations were slightly inconsistent. She managed to get the positions right with the first drawing, but as she iterated, the features seem to get further and further apart.

Johnson Johnson went a step ahead to use his fingers as a makeshift tool to help anchor the edges of the canvas. He explored using 2 and 3 fingers with his non-drawing hand.

Kah Khee Kah Khee’s drawing were pretty consistent. She gradually included her mask and also a change of facial expression. In fact, she even managed to include her neck and shoulders in the final iteration!

Matthew Matthew’s iterations are consistent. He has been lifting his pencil between features, but he still managed to get the position of the features quite accurately.

Rachel Rachel’s drawings were consistent. She is comfortable with the position of the main facial features, and at the final iteration, she added details like hair and brows.

Ronald Ronald’s sketches displayed the experimentations with features. There was an apparent focus on the details of his spectacles and eyes, which proved to be successful in his last drawing.

Siak Siak’s managed to get an accurate drawing on his third iteration. He continued to challenge himself for the final 2, and drew a selfportrait from the side profile.

Toby Toby grew more confident as she iterated. The first drawing was rather small, but the final one showed that she was more comfortable with the canvas space, and drew more accurately even with the added details.

Phase 2 This Phase saw 5 continuous iterations with a formalised reflection process and tools.

Casimir’s Reflection Articulation He defined the issues as not being aware of hand positioning, especially when he lifts his hand. His priority is to get the position right when drawing. Analysis He felt the possible issue was due to confidence, spatial awareness and his inexperience with portraits. Formulate He is more confident after chosing the wire to help compensate his spatial awareness, by moulding it into the basic shape of his face and eyes to set boundaries. Action Casimir’s iterations were visibly steered towards his reflection. The first iteration saw him setting boundaries with the face and eyes, and it gradually improved to getting the features right (with his cap included!).

Joanne’s Reflection Articulation Joanne was more concerned with the details of the drawing. She also felt that the nose was the feature which she has the most difficulty drawing. Analysis She felt the possible issue was due to confidence, selfexpectations, and forgetting the details of her features. Formulate While she did not have a go-to tool, she generally felt that the tools will help her to be more precise with where she will be drawing. Action Her iterations saw her using the wire to help with the position of her features by setting boundaries which she could trace around. The last iteration was an improvement since the first, and it is visible from the position of the eyes.

Jodi’s Reflection Articulation Jodi found it hard to locate the previous checkpoints once her pencil is lifted off even though she used her hands as anchors. She also found the nose difficult to draw. Analysis She felt the possible issue was due to confidence, selfexpectations, and forgetting the details of her features. Formulate She felt that the tools can help as a 3-dimensional object to hold. Action Her iterations saw her using the wire to act as a stencil which she could shade over.

Johnson’s Reflection Articulation One of the challenge for him was to remember how he looks like. He also could not estimate the distance between his features. The main priority for him was to get the position right. Analysis Johnson felt the possible issue was due to self-expectations, lack of spatial awareness and forgetting his facial details. Formulate The tools can help act as guides. In his case, the guides act as resistance for the sense of touch. Action Johnson iterated using a good variety of tools. He constructed boundaries using wires, blue tack and glue dots, which help him draw accurately at the fourth iteration. He even had one more iteration to be experimental!

Kah Khee’s Reflection Articulation She had difficulties picturing how she looks like and to decide which feature should she start drawing first to act as anchors for the subsequent features. Analysis She felt the possible issue was due to her inexperience with portraits, lack of spatial awareness, and forgetting her facial details. Formulate The tools can help act as outlines that helps guide her drawings. Action Her iterations saw more accurate details because of her decision to use the wire as boundaries which help set the facial outline.

Matthew’s Reflection Articulation Matthew forgot to draw his ears in Phase 1. He also tried drawing the facial details before the outline. He also wrote that he thinks he draws better with his eyes closed. Analysis He felt the possible issue was due to his inexperience with portraits, confidence, and forgetting his facial details. Formulate The tools can act as boundaries that help guide his drawings. Action He first started out with a wire, but as his iterated, he got more creative with the tools; even doing a grid system as guides.

Rachel’s Reflection Articulation Rachel found it difficult to get the scale of the features accurate. Her priority was to get the position right. Analysis She felt the possible issue was due to her inexperience with portraits, lack of spatial awareness, and forgetting her facial details. Formulate She felt that the tools will be able to give her a better sense of space and direction.

Action Rachel first used the wire and set it as the outline for her facial features. Her subsequent sketches used the oil pastel, which she felt comfortable with the results. The final iteration, she challenged herself to try a side profile, but as it was the first try, it unfortunately did not turn out too well.

Ronald’s Reflection Articulation Ronald found it challenging to remember what feature he has drawn, and also wasn’t sure if the feature was complete. His priority was also the position. Analysis He felt the possible issue was due to his inexperience with portraits, lack of spatial awareness, confidence and canvas size. Formulate Ronald reflected on how the tools can help him plan out the anchors which help guide his positioning. Action He worked with both the wire and string to help set boundaries as what he has planned out to do. He also explored using oil pastel to help create a difference in texture between the pastel and canvas.

Siak’s Reflection Articulation Siak wasn’t able to define his own features in his mind, which posed as a challenge for him to draw. His priority was to get the position as accurate as possible. Analysis He felt the possible issue was due to his inexperience with portraits, forgetting his facial details, confidence and selfexpectations. Formulate Siak thinks that the tools act as a frame to create an outline, so he just needs to simply follow the lines to draw more accurately. Action He worked systematically to improve his side profile since Phase 1. He experimented with a number of tools like the wire and string, and subsequently the oil pastel and glue dots. Ultimately, he managed to get a detailed and accurate side profile!

Toby’s Reflection Articulation Toby felt that her main goal was to get the position right and the details are not of importance. She had most trouble drawing the nose. Analysis She felt the possible issue was due to her inexperience with portraits and self-expectations. Formulate Toby thinks that the tools can help her have a point of reference. Action She first started out with glue dots to help mark out the height of her overall sketch. She then experimented with colours and details once she felt more comfortable with the position. She even constructed a grid to split the proportion for her to draw the different parts of her portrait. Finally, she achieved an accurate and detailed iteration!

Evaluation Did you notice a difference in outcome between both Phases?

Why did you think there was a difference between both Phases?

How did you think that being conscious in your iteration and reflection helped you be more deliberate with your actions?

How do you feel about your final iteration as compared to the first?

Take-Away So at the end of it all, what can be deduced from the toolkit? From the drawn reflection, it proved that the toolkit does indeed elicit iteration! It provides a creative space and platform for design students to experiment without the fear of failure. The iterations also show visible improvement between Phase 1 &amp; 2, further highlighting the point that formalising the reflection process does help with creative performance. Most importantly, they were contented with the final iteration produced, and were more confident and open to trying new things with the physical tools introduced. Reflection can also be regarded as a mental tool which can also give them to confidence to approach problems which may seem daunting at first.

Maverick: A Visual Documentation ©2021. All authors and contributors Designed by Chee Yang Han Printing by SINPRINT Pte Ltd Typeset in Orpheus Pro and Space Grotesk No part of this publication may be reproduced or transmitted in any form or by any means, electronic or mechanical, including photocopying, recording or by any information storage system and retrieval system, without the written permission of the copyright owner.

Self-Portrait of Sorts: A Visual Documentation 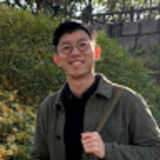