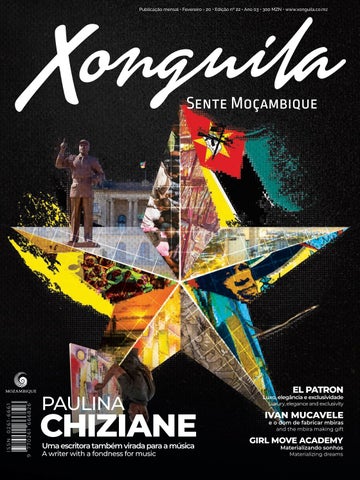 Mucavele ends up discovering the charm of the mbira in 1997, when he met with his uncle Lucas Mucavele, a famous ethnomusicologist that was also a musician in Zimbabwe. Ivan received a mbira and a colorful African shirt, as a gift. Up to then he lived rooted in the Hip Pop movement, so the instrument that was offered to him was like a calling to something completely distinctive to what he was experimenting with. From that day onwards, he had a stronger and more regular contact with his uncle, who gave him tips and lessons on the instrument. In parallel with some friends that had the same passion, he sought the right channels to integrate the music that was heard at the time with that musicality that was brewing inside the youngsters. They made small internships in musical groups where they integrated the sound of the mbira. The involvement with the instrument was so intensive that Ivan, at the end of 1997, had already formed his band, whose main instrument was the mbira, even though he was in charge of percussion. In 1998 the biggest music creation movement took place in Maputo, at the Txova Xitaduma, with all the teenagers converging in that center to hear the new sounds that were not ashamed to be presented to the public. A lot of traditional music groups appeared, but the mbira was still practically absent. Mucavele’s band “Banda Licoloma”, was the only group in which the mbira was featured, which allowed him to create a unique identity in the city. “-It was the only group in Maputo, not to say the country (I don’t like to generalize, but, when you said Maputo, you meant all of Mozambique at a capital level). I know that in the rural areas there are mbira players, I’m sure, but they are two distinct worlds, disconnected from the urban space.” The information on the mbira in Mozambique was scarce, so in 2001, Ivan decides to travel two to three times a year to Zimbabwe, where his passion for the instrument grew even larger: “- The mbira in Zimbabwe is everything. Even at a conventional music level there were already musicians making fusions and incorporating the mbira in their performances, but I was more interested in the tradition”. At his uncle’s studio he had the opportunity to receive connections from great mbira masters that would go there to record. Lucas would cut down a small fee of the studio costs to provide his nephew with an apprenticeship of excellence. Besides that, Ivan had several experiences in ateliers. One of those, the Mbira Center, by Albert Chimedza, maybe the largest mbira center at a world level in Harare, inspired Ivan and Lucas to do something similar in Mozam-

bique. With the Mozambican mbira practically extinct, they felt they were the only ones capable of rescuing the instrument from oblivion and, after establishing themselves in Marracuene, in 2004, they studied construction methodology, and managed to make the first units. With some adjustment they defined a pattern and obtained surprising results, not only at a sound level, but also aesthetically. Concerts came up, workshops, sales started, they trained other “mbireiros”. “- Up until then no mbiras were being made in Mozambique at all. This was the turning point and reference for the construction of the mbira and massification of the instrument in the country.” The path that he took up until today has seen dark days, but he feels, in a certain way, wronged, for not being acknowledged as much as he deserves for the work he developed for the mbira. “- I can say that I was majorly responsible for the resurgence of the mbira in a healthy massification context, even though some mbireiros are uncomfortable with this statement, which I find very unjust because, without the shadow of a doubt, that effort was developed by me here in Mozambique. I say this because I trained many people, which in turn trained others, and so forth, and many of them are travelling the world spreading the mbira’s sound. That is something that makes me happy.” He does not set aside the acknowledgement that he owes to his uncle Lucas Mucavele because without him the path that the mbira set in Mozambique would not be what it is today. “- All of this I owe to my uncle, it was him that developed the automation of the construction of the mbira and transferred that knowledge to me and allowed me to train many people. Today we can find several mbira construction ateliers, in Maputo and other places in the country, to the point that you can say that the mbira has once again taken root and will not die.” At the end of the small musical demonstration that he did for us, almost finalizing our meet up, he confided in us where his mind wanders to while he is fingering the mbira. “- When I play it, I am transported to the world, we are all a family, each with its culture, but with the divine principles of what is humanity.” Ivan mentions still that, at a knowledge acquisition level, he dreams of one day to be able to raise support which would allow him to cross the country, out of urban spaces, so he can register the sounds that he fears might one day be lost forever. REVISTA XONGUILA © ™ Ed. 22 • Feveiro/Mar 2020 - 45

Don’t be afraid to ask about flavours, accessories and pairings 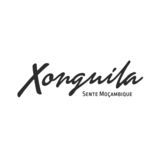