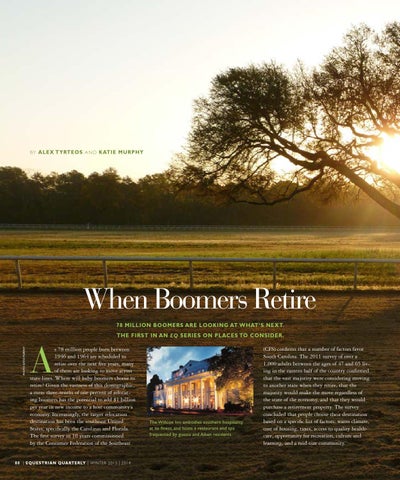 BY ALEX TYRTEOS AND KATIE MURPHY

THE FIRST IN AN EQ SERIES ON PLACES TO CONSIDER.

s 78 million people born between 1946 and 1964 are scheduled to retire over the next five years, many of them are looking to move across state lines. Where will baby boomers choose to retire? Given the vastness of this demographic, a mere three-tenths of one percent of relocating boomers has the potential to add $1 billion per year in new income to a host communityâ&amp;#x20AC;&amp;#x2122;s economy. Increasingly, the target relocation destination has been the southeast United States, specifically the Carolinas and Florida. The first survey in 10 years commissioned by the Consumer Federation of the Southeast

The Willcox Inn embodies southern hospitality at its finest, and hosts a restaurant and spa frequented by guests and Aiken residents.

(CFS) confirms that a number of factors favor South Carolina. The 2011 survey of over a 1,000 adults between the ages of 47 and 65 living in the eastern half of the country confirmed that the vast majority were considering moving to another state when they retire, that the majority would make the move regardless of the state of the economy, and that they would purchase a retirement property. The survey concluded that people choose their destination based on a specific list of factors: warm climate, cost of housing, taxes, access to quality healthcare, opportunity for recreation, culture and learning, and a mid-size community.

The Winter Edition of Equestrian Quarterly, featuring Lyle Lovett and reining in Texas. 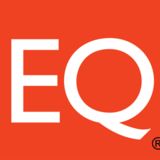