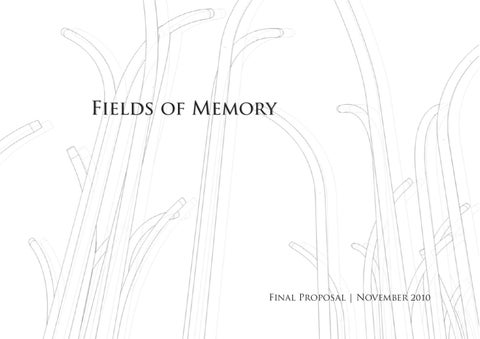 Fields of memory How should one address the Holocaust from the distance of seven decades and in a contemporary urban context? We believe the answer lies in linking the lost and the existing, the absent and the present, a site for commemoration with leisure urban activity. The rust-like light stalks -“Shibbolim” (“Rye stalks” in Hebrew) refer to the biblical story of Shibboleth (Judges 12, 5-6) which has become a synonym for hatred on an ethnic or cultural base. The stalks rise to various heights, sway gently in the wind, and produce soft flute-like sounds. They serve as eternal lights- commemorating the loss of millions, yet emphasizing the absence of numerous indivisuals. Their collective presence, motion and sound create the effect of an absent-present crowd which has gathered to testify and tell a tragic story. Working with a slight rise of the wooden deck, the stalks form an urban garden facing the boardwalk. They also relate to the see grass situated between the boardwalk and the ocean. The contrast between the two somehow blurs the distinction between natural and artificial, life and still-life, present and memory. A low reflecting-pool at the center of the memorial creates a focal point for gathering, holding ceremonies and laying pebbles as an act of grief. It reflects the visitors during the day, and the stalks during the night. Rather than facing the ocean, the memorial turns its focus to the city and its people. Situating the seating and gathering areas to face the boardwalk, further accentuates the message that memory and grief are inseparable from life, and that the best way to commemorate loss is by binding it with the present.

â&amp;#x20AC;&amp;#x153;Eternal lightsâ&amp;#x20AC;? conveying the deep loss of humanity yet emphasizing the actual absence of numerous individuals

Memorial as viewed from the boardwalk: The rust-like stalks tell the biblical story of â&amp;#x20AC;&amp;#x153;Shibbolethâ&amp;#x20AC;?

Night view from above: The light-stalk fields and reflecting pool forming an urban garden facing the boardwalk

Plan and layout: Six elements form the center of the memorial, resembling a disassembled Star-of-David

Seating and boardwalk view through stalks

Back Facade, viewed from the Ocean. The vertical light-stalks adding a connecting layer between the boardwalk and the sea of grass.

Front view (from Boardwalk): The diversified heights of the stalks create various spaces in the memorial

West view (from Boardwalk): The stalks form screens between the memorial and the boardwalk

Daytime story The color of the stalks is related to their metaphor- the biblical story of “Shibboleth”. We chose to color the stalks similarly to the natural appearance of “Wheat rust”- a destructive epidemic that effects wheat and barely resulting in a rust appearance on their stems. The rust hence became the “daytime” story of the memorial.

A story of stalks gone astray

Rust color representing the symbolic impediment of the stalks

The stalks as eternal lights

Stalks: some details Number: Approximately 3000 Height variation: Ranging between 1-8 feet tall Location and spread: In designated areas (fields) within the deck flooring, unevenly spread to create the effect of a wild field. Preventing injury- Beyond allowing motion, the flexible features of the stalk are aimed to prevent attempts of vandalism and possible injuries if fallen upon. The stalks serving as the memorialâ&amp;#x20AC;&amp;#x2122;s saftely fence would be fixed and their motion would be disabled in order to comply with safety regulations. Durability and aesthetics- The stalks would be designed to withstand the corrosive atmosphere. They will be tested through the construction of full scale mock-ups, and their durability will be examined by a professional testing company. A safety and lighting specialists would be involved as part of the design process.

The stalks act as wind-ďŹ&amp;#x201A;utes, and the wind passing through them will create a soft whispering sound in the memorial

The reflecting pool: a massive gray-black granite stone covered with a thin layer of water, streaming down on the four faces of the stone to create an overall reflecting effect, capturing the sky, visitors and stalks.

Diagonal section across the memorial

Dusk view from the boardwalk

Stalks will be â&amp;#x20AC;&amp;#x153;plantedâ&amp;#x20AC;? into infrastructure grids situated under the stalk-fields.

The access to the stalks will be from beneath, so the memorial is not disturbed from maintenance work.

Each stalk will hold a serial number and specific coordinates within the grid, to ease replacement and maintenance.

The under-deck space will serve as a maintenance hub holding the electricity and computer systems as well as an onsite storage for spare parts and other gear. Maintenance team locating and replacing stalks in two different fields.

Interpreting “Memorial” as “memorable” brought about a place that commemorates the lost, yet embraces life 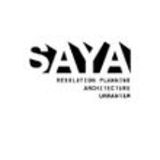