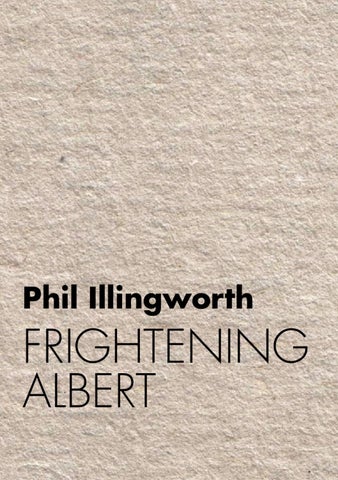 FUN WITH ALL THE FAMILY by Paul Carey-Kent

Phil Illingworth’s first full solo show1 tackled some questions which are almost a tradition in contemporary art. Is it possible to make work which refers to nothing other than itself? What’s the minimum which can constitute a painting? What difference do the conditions of reception make to an artwork? Illingworth’s take, however, is fresh enough to seem almost innocent – though he’s actually well aware of the precedents – and what’s more he’s arrived at these questions through his own distinctive route. Let’s take an example: ‘84% agree’ is a wall-based work made from an oval of pink cotton chenille (a sort of tightly shaggy material more often seen in bathrooms) from which two canlike protuberances emerge in glossy black. It looks abstract, but it’s hard for any object to escape associations and stand purely for itself. Sure enough, ‘84% agree’ can be read as a face, and Illingworth says that viewers have come up with such extravagant interpretations as a sheep which has run into the wall and squashed itself into bloodiness. It’s just as hard to avoid all art precedents: the way the fabric is used reminds me of Pino Pascali’s acrylic brush works; the formal effect, of Paola Pivi’s swellings made of plastic pearls; the ‘eyes’, of those in Jon Pylypchuk’s abject sculptural figures. Then there’s the title: is it that the pink is 84% of the surface, and that pink is a positive colour? In fact, says Illingworth2, it’s from a shampoo

‘Frightening Albert’, WW Gallery, 2012 All quotations and attributions are from the author’s conversations with the artist, January 2013

advert, and is one of many evocative phrases he collects in order to assign them as ludic titles – a process which plays with inviting such readings in a way in which calling them all ‘Untitled’ would not. As to whether it’s a painting or a sculptural assemblage: there’s no canvas or equivalent support; there’s very little paint; and it’s far from flat. ‘84% agree’ contravenes, then, many of the features very typical of painting – but none of those are essential. ‘Painting’ is a term with what Wittgenstein called a ‘family resemblance’ (they have common features but no one feature is found in all of them). The paintings in ‘Frightening Albert’ see how far they can push the removal of common features, but the key from Illingworth’s point of view is that painterly matters are in play. Indeed, he goes further, deciding that ‘any work is a painting if I say it’s a painting – if I approach it as a painting’. That’s in the spirit of the institutional definition of art that emerged from the post-Duchampian impossibility of stating what was essential to make something ‘art’ without finding that there were counter-examples already nestled in the cannon: ‘a work of art is an artefact of a kind created to be presented to an artworld public’3. What about the conditions of reception? That, in fact, leads us back to what drove Illingworth to make the work which asks these questions. He started from the observation that there’s a frequent, tempting – and perhaps lazy – tendency to look for the familiar in the unknown. That may be a simple matter of trying to work out ‘what it looks like’, or in the case of an art audience may mean categorising one work as being like others.

Illingworth found he was concerned that automatic thinking of that sort, of which I provide a paradigm above, might prevent us seeing work ‘for itself’. And if art knowledge can get in the way of pure perception, what differences might other levels of knowledge and conditions of reception make to its apparent meaning? Illingworth has investigated that last point from the rather logical position of finding out how people with little or no vision engage with his work. Often, he’s found, they ‘see the point’ more readily than those distracted by full sight. Sometimes they perceive curiously: someone who had lost his sight thought of the pink material as olive green because he remembered a loo seat cover that colour before he became blind. That sounds some way from sighted experience – but how different in their effects are the less obvious assumptions we all make? Illingworth then added a scientific perspective as the unifying framework for his 2012 exhibition ‘Frightening Albert’. His research led to a 1920 experiment in which American psychologist John B. Watson tested out theories of conditioned response on a 9-month old boy he called ‘Albert’. Watson would introduce, for example, a rabbit to the boy, and as he had no real experience of rabbits, he was curious but didn’t respond in any strong way. Then Watson would stand behind Albert and beat a pan to frighten him, so that he began to associate the rabbit with terror; and that got to the point where he could just put the rabbit down in front of the boy and he would burst into tears. Thus Illingworth reaches questions which have also been arrived at by seeing how far abstraction can be taken, or by

making the audience’s response an integral part of the work, but by his own quite different route. Let’s look at another example. The title ‘Jesus Toast’ actually refers to our tendency to impose interpretation – to see images in clouds or Jesus in the pattern made by burnt toast – and incites us to apply that to a ‘painting’ made from a slumped mattress and stuffed fingers of rubber gloves. Illingworth challenges us to avoid giving ‘Jesus Toast’ a phallic implication and seeing a link to Sarah Lucas’ work. Yet – like Jesus in the toast – it may be that neither is actually there… That illustrates another dimension: Illingworth’s conceptual investigation may be serious, but it’s also full of teasing wit, no matter that it can be decidedly dark. ‘Prometheus’ – stuck on a plinth as if pretending to be not just a sculpture, but also the mythical unfortunate stuck on his crag – spears the smallest possible liver of a painting with the biggest possible means of potentially fixing it to the wall. ‘Nigel’s Edges’ puts the wire with which the picture might be hung in front of the awning fabric which stands in for a canvas; a joke, but also suggesting that Nigel might be the one to be hung, to be pushed over the edge of the gallows’ drop. ‘Portable Painting’ consists of a hole drilled in the wall and filled with paint: it’s easy enough, I suppose, to take the paint to the gallery – but the result is then as unportable as a painting can get. Another obvious feature of Illingworth’s work is the wide range of unusual materials in play. It may look as if they’re sparked by the creative happenstance of noticing what can be done with stuff lying around – and Illingworth doesn’t mind giving that

impression – but not so. They almost always start with an idea sketched in France, where Illingworth has been renovating a house for the past five summers. Back in his Portsmouth studio, he seeks to work those up without undermining their spontaneity, then to realise them in exactly the right materials. That requires exhaustive searches which often involve detailed dialogues with manufacturers: he doesn’t so much find as hunt such materials as black artificial grass (from an exhibition display stand supplier for ‘A pause in the segue’), the moiré blind of ‘The Burger of Shoreditch’ and yellow fishing wire which is tied into each multi-pronged gadzook (is that the title’s joke?) in ‘Gadzooks’. ‘Frightening Albert’ itself combines the childlike echoes of Lego with putative rabbit ears and a splurge of filament which could be mildly scary; though the violence is hardly at the level of ‘Prometheus’ or ‘The Martyrdom of St Agatha’, which references a 16th century painting of the saint having her breasts sliced off. ‘Cara Mia’ floats a luminous plastic ball in a narrow-enough glass of water to exaggerate its refraction. That hints at the second transformation of appearance yet to come when it’s dark – and will the glowing ‘beloved’, we might wonder, then keep its refracted appearance4? That generates a metaphysical dimension. ‘Cara Mia’ is also one of the most sculptural of Illingworth’s paintings – but still a painting, I think, as it doesn’t demand to be seen from all sides in the way of the works which Illingworth does call sculpture: polychromed wood carvings such as ‘Il Voce’, or the box mausoleum for a scrap of found prayer which is ‘Ghost’.

If, by the way, I’ve been giving the impression that Illingworth is a promising new artist, ready after some seven years of practice to build on his uninhibited explorations to date, then that’s right. Yet you’d be making one of the assumptions he seeks to expose if that leads you to presume he’s young. Illingworth found his artistic direction in his late forties, having studied at Portsmouth College of Art in 1975-78 and spent the next 20+ years as a graphic designer (which is admittedly hard to guess from his current work). Prior to ‘Frightening Albert’, Illingworth had already made paintings which explored both the projection of the painted surface into space and the conditions of reception. In the ‘3D paintings’ from 2010, colour was reflected to alter the surfaces around it, and those effects were altered by any variations in lighting. ‘On the one hand’, says Illingworth, ‘this is a magician’s conceit - making colours appear out of nowhere; on the other it is the opposite, laying bare some of the mechanics of the magic of light’. Moving forward, Illingworth is now building a series of more constructed paintings: insect-like forms with articulated elements which threaten to invade the viewer’s space, triggering dialogues between living and dead and between manufactured and organic. They’re meticulously built from sawn and shaved MDF, repeatedly covered in gesso and repeatedly smoothed back; then glossily painted to a fetishistic level of finish in colours which Illingworth seeks to keep clear of all references (fully aware that it is almost certainly

impossible). As well as returning to substantial use of paint, Illingworth aims ‘to introduce hints of the representational modes used by painting without actually representing anything. The plan is to search for alternatives to make this allusion’. Thus Illingworth will have a new way of smuggling aspects of representation and sculpture into what will remain, in essence, abstract paintings. Illingworth also cites Saussure (can he achieve the pictorial equivalent of a sign which does not signify?) and Tarski’s theory of truth conditions (do painters take enough care to distinguish the language they’re using from the language they’re analysing?5) to explain how this body of work will look to take forward the concerns of the 20-odd pieces in ‘Frightening Albert’. A new dialogue seems to be emerging: that between visual and verbal semantics. Can Illingworth generate, through the analysis of painting through painting, some of the characteristics of the analysis of language through language? That may sound a dry topic – but add the inventive logic and dark wit which Illingworth brings to challenging our expectations, and his next show is one to anticipate with some relish: we’ll be entertained as we’re teased into thought.

“... visitors are confronted with a number of peculiar artworks, which could themselves be objects from a modern day social behavioural experiment. “... it would be no great leap to imagine oneself shut in there alone, left to play with the objects on display, perhaps subject to video observation from afar, as part of some social experiment.” Anna McNay, Roves and Roams

“Illingworth has taken a spanking new space and pathological terror and turned them into something witty, engaging and colourful, making this an auspicious start for WW Gallery mark two.” Kate Weir, Spoonfed 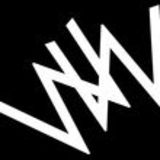