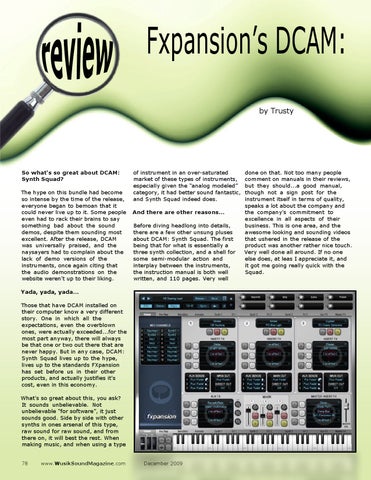 So what's so great about DCAM: Synth Squad? The hype on this bundle had become so intense by the time of the release, everyone began to bemoan that it could never live up to it. Some people even had to rack their brains to say something bad about the sound demos, despite them sounding most excellent. After the release, DCAM was universally praised, and the naysayers had to complain about the lack of demo versions of the instruments, once again citing that the audio demonstrations on the website weren't up to their liking.

of instrument in an over-saturated market of these types of instruments, especially given the “analog modeled” category, it had better sound fantastic, and Synth Squad indeed does. And there are other reasons... Before diving headlong into details, there are a few other unsung pluses about DCAM: Synth Squad. The first being that for what is essentially a three synth collection, and a shell for some semi-modular action and interplay between the instruments, the instruction manual is both well written, and 110 pages. Very well

Yada, yada, yada... Those that have DCAM installed on their computer know a very different story. One in which all the expectations, even the overblown ones, were actually exceeded...for the most part anyway, there will always be that one or two out there that are never happy. But in any case, DCAM: Synth Squad lives up to the hype, lives up to the standards FXpansion has set before us in their other products, and actually justifies it's cost, even in this economy. What's so great about this, you ask? It sounds unbelievable. Not unbelievable “for software”, it just sounds good. Side by side with other synths in ones arsenal of this type, raw sound for raw sound, and from there on, it will best the rest. When making music, and when using a type

done on that. Not too many people comment on manuals in their reviews, but they should...a good manual, though not a sign post for the instrument itself in terms of quality, speaks a lot about the company and the company's commitment to excellence in all aspects of their business. This is one area, and the awesome looking and sounding videos that ushered in the release of the product was another rather nice touch. Very well done all around. If no one else does, at leas I appreciate it, and it got me going really quick with the Squad. 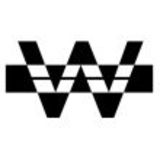