by Candace Morrow, a.k.a. Cowgirl Candace new posse of leading cowboys, gunslingers and ladies of the Old West have taken over Tinseltown — and they’re black. “There’s been a shift in Western movie roles for black actors,” said national historian and author Michael Searles, a.k.a. Cowboy Mike, who specializes in black cowboys, Buffalo Soldiers and the American West. “Black cowboys have gone from non-existent to sidekick to now more leading roles since Will Smith’s ‘Wild Wild West.’ What was once a novelty is increasingly becoming commonplace.” Most recently, HBO’s new Western sci-fi, “Westworld,” has reintroduced blacks into Western frontier settings as centerpieces to the storyline. “Westworld” clouds judgment between human intelligence and humankind. Thandie Newton plays a sophisticated saloon escort named Maeve, one of the major characters of the TV series grappling with her robotic reality in a programmed amusement park. “Actresses like Thandie Newton, and Rutina Wesley and Dawn-Lyen Gardner of Oprah Winfrey Network’s ‘Queen Sugar’ are diminishing notions of what American cowgirls, farmers and land owners once were known as on screen,” said Searles, 74, who formerly served as emeritus professor of history at then Augusta State University (now Augusta University) in Augusta, Georgia. “These actresses and their characters are changing perspectives and attitudes in this particular genre.” This historic Hollywood recasting of the American cowhand has continued to gain popularity with black male actors as well. During September of this year, Oscars award-winning actor Denzel Washington became lead gunmen in Old West classic “The Magnificent Seven.” Four years prior, Academy Awards-winner Jamie Foxx starred in box-office hit “Django Unchained” as a slave who became a maverick on a rescue mission. “These leading roles have helped incorporate us into the fabric of the American West lifestyle,” Searles said, “but in many minds, the American cowboy will always be white. It’s just not as strange to see us on film and TV nowadays, which is historically accurate.”

While Old Hollywood actors like John Wayne and Clint Eastwood may still hold the reins as pop culture’s American cowboys, the black American cowboy in mainstream media is steadily making strides. “We were used to black actors and performers playing cameo roles, and that’s about it,” said Searles. “Take Sammy Davis Jr. in ‘The Rifleman’ for instance. He was actually a skilled gunslinger, but we only saw a glimpse of that talent during the 1960s. Then in the ’70s, there was Sidney Poitier’s ‘Buck and the Preacher.’ When black actors like Samuel L. Jackson, who did a brilliant job in 2015’s ‘The Hateful Eight,’ tackle cowboy roles, it’s refreshing and recaptures the American West with more inclusion.” Cowboy Mike is a nationally recognized, awardwinning historian, educator and author based in Georgia. He has dedicated more than 40 years to scholarship and research about the black cowboy and 20 years to teaching African-American history and the American West at then Augusta State University before retiring in 2012. He is a member of the Western History Association and Western Writers of America. During 2016, he co-edited his latest book, “Black Cowboys in the American West,” with historian and co-editor Bruce A. Glasrud. Searles lectures about the significance of the black cowboy at local schools and national conferences. He also contributes to newspaper The True Citizen in Waynesboro, Georgia. CowboyMike.com Cowgirl Candace is an award-winning feature writer, Western fashion blogger and wardrobe stylist based in Georgia. A modern-day Suzanne Sugarbaker (Delta Burke) meets Erykah Badu, she adores her Southern roots and all the pop culture fashion and beauty that comes along with it. The fourth-generation, African-American cowgirl also enjoys styling and thrift shopping, which earned her a wardrobe styling opportunity with photographers of London-based ad agency M&C Saatchi on campaigns highlighting Georgia’s African-American cowboys. She also creates original content for award-winning newspaper The Atlanta Journal-Constitution for its jobs/careers channel, covering fashion, film and TV. SouthernStylesandSteeds.com 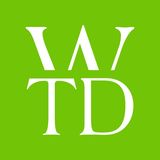 New Faces of The Old West

New Faces of The Old West