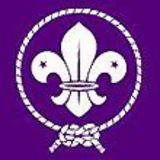 World Organization of the Scout Movement

The Scout Movement is a voluntary non-political educational movement for young people open to all without distinction of gender, origin, race or creed, in accordance with the purpose, principles and method conceived by the Founder and stated below. The purpose of the Scout Movement is to contribute to the development of young people in achieving their full physical, intellectual, emotional, social and spiritual potentials as individuals, as responsible citizens and as members of their local, national and international communities. The World Organization of the Scout Movement is an international, non-governmental organization composed of its recognized national Scout organizations. Its governing body is the World Conference, which meets every three years, and its executive is the World Committee composed of elected volunteers. ISSUU members can subscribe to the group : /scouts and share their publications about scouting there.