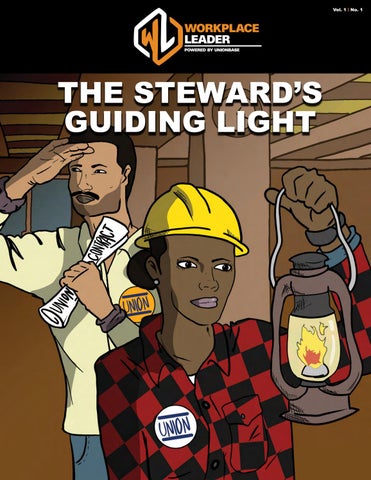 am pleased to introduce you to a new publication for and about workplace leaders. First, a bit about myself: My name is Larry Williams Jr., and I have worked at the Teamsters Union in the Organizing Department and was formerly president of Progressive Workers Union (PWU). More recently, I founded UnionBase.org, the world's first social networking platform for the labor movement. Most importantly, I am a devout unionist who believes unions are the solution to many of the problems facing our society.

Workplace Leader (WL) will focus on how to communicate with workers and union members effectively. This might mean building a strong steward network to pass information along to leadership so they can address situations before they become problems. Or we might present ways to use unconventional methods to connect with workers who are isolated.

Neglecting regular communications can lead to the “service model of unionism,” where members and leaders only engage with each other when it’s time to bargain for a contract or file a grievance. Moving from a “service model of unionism” to an “organizing model” is about encouraging members to use their collective power to engage management and solve workplace That’s why I’m working with issues outside of the grievance Chris Rolling, formerly with process. Our publication Union Communication will be sharing Services, publisher information on how of Steward “To strengthen the labor to evolve your Update, to bring movement... unions and union with classic you Workplace “nuts and bolts” workers must reclaim the Leader (WL), a techniques that mantle of leadership.” new Unionhave proven Base-powered successful over 100 publication created to years of union struggles. serve the dedicated community of worker-leadTo strengthen the labor movement to its ers. Workplace Leader will fullest potential and overcome divisions offer methods of building power by using that employers exploit, unions and workers the tools of technology, strategic planning, must reclaim the mantle of leadership in proven workplace tactics and organizing. the moral fight against the injustice of We will release six issues per year with racism, sexism and all forms of inequality. articles from union stewards, officers, In that light, Workplace Leader will present organizers and more. We know from years a union perspective on all the top issues of of serving the labor movement that the day facing your members. These might whether you are a union steward, delegate, include building an effective steward committee person, building representative program to represent your members, how or unit representative you are primarily to fight back against anti-union attacks on concerned with supporting your members. union membership, workers’ rights, immigration rights, LGBTQ rights, labor

history and more. Stewards and other worker-leaders must update union officers regularly on issues affecting members to ensure effective representation. It is critical that members and leaders have a way to communicate on a regular basis outside of email updates. Recognize that 98% of Millennials own a smartphone, that 97% use the internet and “check their smartphones 43 times a day on average,” and have an “overwhelmingly positive attitude toward technology.” To conduct a successful contract negotiation, face-toface organizing is critical and being connected directly with members by meeting them where they’re at on the internet is vital, so we will touch on these topics as well. It is well known that if any group of workers is left behind in the fight to raise standards employers will take advantage to lower the bar for all. Running a union that meets the modern day expectations of members is extremely critical for the long-term survival of the labor movement in general, and your union in particular. The strength of every union is dependent on how closely leadership is connected to their members. How well you negotiate, protect and enforce your contract all depends on having a strong communication network with your membership. Workplace Leader will be bringing you regular information on how to execute these principles to build a better union. You can interact with us at UnionBase.org where we will share more info and discuss topics from each issue. – Larry Williams Jr., Co-Founder of Workplace Leader and UnionBase

Listen, Talk, and Listen Some More

he most important tool in a steward or workplace leader’s toolbox is the relationship you have with your union’s members. When facing conflict with the boss, leaders and members must speak with one voice. This is only possible if leaders understand what the members need and want, and the members recognize the challenges the union must overcome to meet those expectations. So regular, honest communications between leaders and members is a requirement for a strong union. There are a few easy ways to improve how you handle communications between leaders and members. The problems facing workers have evolved and so have the ways that workers communicate, so you may need to adjust your communications strategy:

It is good practice to have at least one steward call or in person meeting per month in order to discuss issues that are arising. That way, if there’s a pattern of behavior from management or a problem in a particular department it can be documented and quickly addressed.

It is also important to have at least one monthly membership call including officers and stewards. That way whatever members are experiencing can be communicated to the stewards. This can also be a good way to share announcements about what’s happening with your union whether good or bad. Because of geographical distance between workplaces and shops you can have Zoom (video) calls or GoToMeeting (online) discussions to connect workers who feel disconnected.

“Regular, honest communications between leaders and members is a requirement for a strong union.”

Stewards can set up accounts on UnionBase (a social networking platform for union leaders and members) for free in order to communicate in a secure environment away from company email. Once your union has verified its profile, stewards and other workplace leaders can use UnionBase as a message board to share and exchange ideas on how they handle the day-to-day challenges of the workplace. z 2

GRIEVANCES What is a Grievance?

formal grievance in a unionized workplace is the act of making a written union complaint against your employer because the employer has violated the contract. Usually, grievances are made by a union against an employer, but in rare cases they can also be made by an employer against a union.

KEY SKILLS for Handling a Work Problem that is Grievable

heck your contract for the rules regarding your grievance procedure. The person or persons on whose behalf you are filing the grievance is known as the “grievant.” There are many details to share about how to initiate and complete a successful grievance but here are a few quick tips to get you started:

• Get the basic facts (who, what, where,

when and why) of the case and follow the contractual time limits at each step of the grievance procedure. This is critical because missing time limits could be used against you later. If you need a time extension, ask management in writing.

• Interview the grievant(s) and identify the contract clauses that may have been violated.

• Interview the witnesses and identify discrepancies between their perspectives.

• Re-evaluate the work problem after your investigation.

• Discuss the strengths and weak-

nesses of the case with the member.

“Here are a few quick tips about how to initiate and complete a successful grievance.”

• The employer must provide the

• Employers are required to comply

with the union’s request so long as the information is in its possession and compliance with the request does not create an undue burden on the employer.

• The union must request the relevant documents and information in advance of each grievance meeting so that the employer has time to comply.

• The information requested must be relevant to an actual or suspected grievance.

• No alternative means for obtaining the information is available.

tion of what happened to cause the grievance to be filed.

• Cite sections of the contract that may

have been violated and add the language and all other relevant contract articles and rules. This will leave the door open for other violations to be identified.

• Create a form that all stewards can

use so that there is consistency in what you submit to management. Make sure the way you write your grievance on the form is compliant with instructions from your contract. Key Skills continues  >

KEY SKILLS for Handling a Work Problem that is Grievable ▼ continued

grievants before meeting with management so that your strategy will be aligned and you don’t give management too much information.

“Keep copies of the grievance, and each written response, at each step.”

• Keep copies of the grievance, and

each written response, at each step. Also, keep notes of management’s statements in the grievance meetings.

• Don’t miss a contractual time limit while waiting for a settlement.

• Never settle a grievance without

Handling Work Problems that are not Grievable In the workplace many issues can arise for workers that may not be violations of the contract but may be valid complaints. In those cases, union stewards and other workplace leaders should be accustomed to helping members in other ways: 1. Have a conversation with the affected member(s) to determine the nature and extent of the problem.

2. Discuss with the affected member(s) what they think a reasonable settlement would be. 3. Explore settlements with the supervisor or other management representative. If these methods do not work, getting an employer’s attention by showing awareness and solidarity by workers on an issue is still a very effective way to build power. There are many workplace actions that can be utilized to increase your union’s power and do not require a formal grievance but can be just as, or even more, effective. How members solve their problems can determine how the union is perceived by management, so getting members involved is the best way to push back against unfair or arbitrary practices by employers. z

• Be aware of any precedents you may be setting.

• Ask for remedy and include, “and all

other benefits to which the grievant is entitled.”

• Always get a grievance settlement in writing.

Unions can Verify their profile with UnionBase. Once Verified, unions can create public and private posts to members, Verify their members who sign up for UnionBase, and access a Premium Dashboard. If you are interested in verifying your union’s profile. Log on to UnionBase.org to verify your union.

We’ll cover the following tactics, and others, in future issues of Workplace Leader:

UnionBase is the online home to over 30,000 American and Canadian unions. Use our search to find and follow unions for daily updates on organizing, collective bargaining, and strikes. Also, search for and follow union leadership and members of unions to hear what’s really happening in the Labor Movement.

VERIFY YOUR UNION WITH UNIONBASE

rbitration is the last step of most, but not all, grievance procedures. If a grievance cannot be settled at the lower steps of the grievance procedure it may go to arbitration, so it is important that the initial investigation and writing of the grievance are done with knowledge of how arbitrators’ rule. In an arbitration, a mutually agreed upon neutral arbiter hears facts of the case as presented by both sides (management and union) and makes a ruling that is final and binding. An arbitrator is typically selected from a list or panel agreed upon by both union and management. z

Workplace Leader is published six times a year by UnionBase. Contents ©2019 UnionBase. Reproduction in whole or in part electronically, by photocopy, or any other means without the written consent of UnionBase is prohibited.  |  Cover art produced by Billy Buntin of BBDigital Media. Layout & Design by Chadick+Kimball. 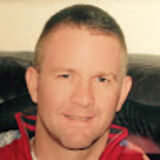