of Astronomy at the University of Edinburgh and the Director of the Royal Observatory at Edinburgh. The traditional ties also existing between the two posts was severed. During the years 1981-1997 Professor Reddish was Governor of Rannock School. His heir was the author of numerous publications including: Evolution of the Galaxies, 1967; The Stella Formation, 1978; and The D-Force, 1993.

James Ludovic Lindsay, 26th Earl of Crawford (1847-1913) James Ludovic, whose family home was Haigh Hall, represented Wigan as an MP from 1874 to 1880. He was a trustee of the British Museum, President of the Camden Society as well as being a prominent Freemason, having been a Past Senior Grand Master of England and Master of the Wigan Lodge of Antiquity and the Lindsay Lodge, Wigan. He had also been President of the Wigan Literary and Scientific Society which had been formed in 1877. James Ludovic was an ardent bibliophile like his father Alexander. He added many literary and historical documents to the fine library at Haigh Hall. In fact the Bibliotheca Lindesiana was considered to be one of the greatest private libraries in Britain. Through his interest in science and astronomy in particular, he was responsible for the erection of an observatory at Dunecht. At the age of 31 James Ludovic was elected President of the Royal Astronomical Society. David Gill, a fellow astronomer who lived at the Dunecht Observatory became Astronomer Royal of South Africa. In 1872 he accompanied Ludovic who had financed a private expedition to view the transit of Venus from the Island of Mauritius. It was from here that Ludovic contracted Mauritius fever.

In 1886 Ludovic bought back the Balcarres property from Sir Coutts Lindsay son of General Lindsay, his uncle. Not long afterwards he presented all his telescopes and other astronomical equipment at Dunecht to the Observatory in Edinburgh and sold the Dunecht estate. James Ludovic Lindsay, as William Bamford states in his excellent paper, read before the Institution of Electrical Engineers in 1986 â&#x20AC;&#x2DC;became an enthusiastic experimental scientist and astronomer with his own laboratory in Londonâ&#x20AC;&#x2122;. His first laboratory was in Eaton Place, then he moved to 48 Greek Street, Soho. Shortly 9 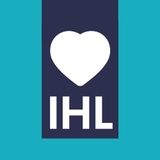 This is a local history magazine about Wigan and Leigh, produced on behalf of Wigan Council by WLCT.

This is a local history magazine about Wigan and Leigh, produced on behalf of Wigan Council by WLCT.