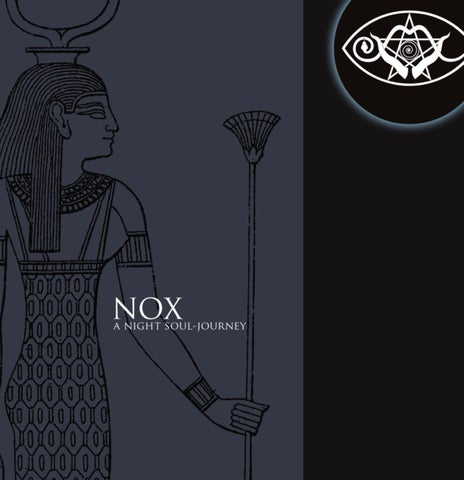 In many cultures Magick i

There are times in our lives when all externa within the Self. This is when we know we ar

NOX – a night soul-journey is an intensive one-day workshop and ritual. Within a Zikr-Circle we will explore the use of the NOX ritual as a doorway to Self Initiation, and examine the rite’s qabalah and the mythology of soul-journeys. The evening ritual provides a practicum of inner work that will be a step closer to a deeper level of experience. The NOX ritual is a unique form of magickal training, incorporating a fusion of Western Mystery Tradition techniques and Oriental Sufi practices. The NOX workshop and ritual covers the use of Sufi trance-dance and Arabic ‘zaar’ drum rhythms, blended with the practices of Thelemic Ritual Magick in the creation of sacredspace. Your trainer has more than 25 years’ practical experience in this ritual.

s the practice of working with the psychic reality

al wisdom fails and the only way forward is to discover a new path and new strengths re ready for change and we can confidently undertake the journey of Initiation.

What is the NOX meditation rite ?

Using an archetypal and poetic language of

The principal aim of the Nox meditation rite is to

ritual, we enlist the aid of Nox, the Goddess of

begin the work of exploring personal myth and

Night, to take us on a visionary journey. Nox is

vision. The practice helps to provide a method

the old Latin name for Night, the Ancient Greeks

of bringing about direct visionary experiences,

called her Nyx, while the Ancient Egyptians

which in time gradually reveal their symbolic

knew her as Nuit (pronounced ‘nu-ee’).

“I am the blue-lidded daughter of Sunset;

Using time-honoured methods of meditation, mantra, ritual and dance we begin to access the

I am the naked brilliance of the voluptuous night-sky.” Liber AL I.64

visions (living-dreams) expressed as a personal

The archetypal images of an ancient Mother

myth. The practise is designed to help provoke

the unconscious and unlived parts of ourselves

from which we may seek the source of the

and draw us closer to a personal experience of

Creative in our psyche (soul). Using myth as our

the psychic reality. By ritualising the practise we

passport, we enter Her nocturnal world of the

move into the realm of archetypal myth, which

ancient and sacred (the Collective Unconscious)

can provide a more conscious way of connecting

in an effort to open visions (dreams) and their

to the symbolic significance of our visions.

neglected gifts into our conscious mind.

NEXT NOX workshop and ritual Dates get announced on our website and Facebook Page (see below) Fees: range from $80 depending on whether ritual-workshops are 1–2 days.

Witch Camp Australia and the Witches Workshop are a teaching and training model developed with the intention of broadening your experience of the many varieties of witchcraft and magick. Our

Tim Hartridge has been a practicing Witch since his early teens, and became involved in coven-based Witchcraft in 1973. An active Pagan advocate, Tim is a contributing author to several Australian books on Witchcraft. Since relocating to Sydney from Adelaide in

Witch Camps and Workshops are an

1984 he helped found the Dark Circle

Collective and designed the NOX ritual

yourself in helping to develop the local

practices. He has developed many public and private retreats, workshops

skills and competency in magickal practices.

communities. Tori Collins grew up near

Glastonbury, the spiritual heart of the UK, and has been practicing earthbased magick since she was 19. She has

to contemporary and traditional magickal

always had a passion for the Healing

Arts. Tori has worked closely with Tim for several years. An initiated coven member of Dark Circle she holds a

key role in organising and assisting with workshops and retreats. 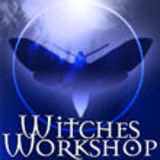