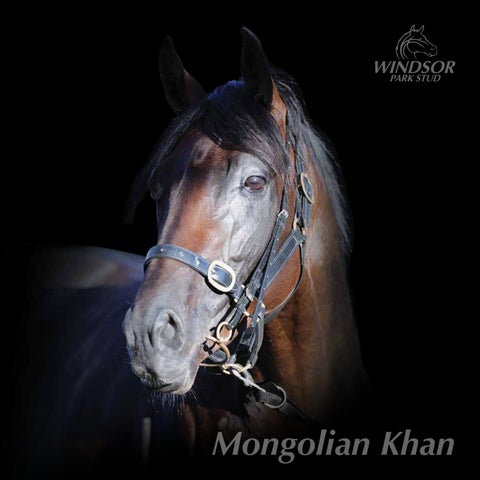 His trophy cabinet also includes the New Zealand Horse Of The Year and Champion 3YO awards. A multiple Group One winner of eight races from 1400m to 2400m, Mongolian Khan won in excess of $4 million in prizemoney on the racetrack and last season became the first horse since the mighty Bonecrusher three decades earlier, to win both the ATC Australian Derby and New Zealand Derby. This season as a 4YO, Mongolian Khan was successful in the time-honoured Gr.1 Caulfield Cup at Melbourneâ&amp;#x20AC;&amp;#x2122;s Spring Carnival. Following his Caulfield Cup victory he earned a Timeform Rating of 126, the highest for a 4YO colt this season. Only the freakish race-mare Winx has achieved a higher rating in the 4YO category in 2016. Mongolian Khan is a son of Danehillâ&amp;#x20AC;&amp;#x2122;s highest rated 2YO and internationally successful sire-son Holy Roman Emperor and is from Centafit, a daughter of Dewar Stallion Award winner and Champion Broodmare Sire, Centaine. Mongolian Khan is the highest profile trailblazer for the initial investment into the New Zealand Racing Industry by the Inner Mongolia Rider Horse Group and Windsor Park is proud to partner with them in offering breeders another very special racehorse on our stallion roster.

RACE RECORD 17 starts 8 -0-1- 1 A$3,963,604 8 wins from 1400m to 2400m, A$3,963,604. Horse Of The Year &amp; Champion Stayer in NZ in 2014-15 &amp; 2015-16. Champion 3YO in NZ in 2014-15. Top male on The 2014-15 NZ 3YO Free H (1600m+). Won MRC Caulfield Cup, Gr.1 (2400m), ARC New Zealand Derby, Gr.1 (2400m), ATC Australian Derby, Gr.1 (2400m), ARC Avondale Guineas, Gr.2 (2100m), Waikato Guineas, Gr.2 (2000m), ARC Champion Stakes Prelude, L (2100m), 3rd MRC Caulfield Stakes Gr.1, 4th MRC Underwood S., Gr.1. Mongolian Khan was a debut winner as an early Spring 3YO and progressed to win six of his first seven races. Blessed with a high cruising speed and a brilliant turn of foot, Mongolian Khan followed a Listed win at his fourth start with Gr.2 wins in the Waikato and Avondale Guineas prior to Gr.1 success in the New Zealand Derby. Mongolian Khan then crossed the Tasman to dominate his Australian contempories, closing out his 3YO season with victory in the Gr.1 Australian Derby. Mongolian Khan is the first horse since Bonecrusher 29 years earlier, to win both the Australian and New Zealand Derbies, his classic success securing him the New Zealand Horse Of The Year, Champion 3YO and Champion Stayer titles for 2015. Resuming racing as a 4YO, Mongolian Khan’s four Spring Gr.1 races culminated with history-making success in the time honoured Caulfield Cup. He is the first horse ever to win the Australian Derby, New Zealand Derby and Caulfield Cup which secured him back to back Horse Of The Year and Champion Stayer titles in 2016. Mongolian Khan raced sound throughout his history-making career and retired the winner of 8 races – 6 in Group or Listed company - from 1400m to 2400m and in excess of NZ$4 million. A triple Gr.1 winner as a 3 &amp; 4YO in Australia, Mongolian Khan achieved a Timeform Rating of 126 to be the highest rated colt in the 4YO category in 2016 with only the freakish racemare Winx rated above him. 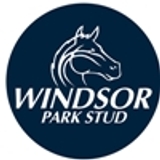