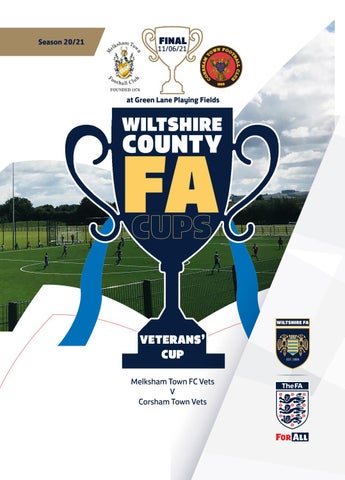 WELCOME TO THE FINAL OF THE VETERANS’ CUP

The Vets Team from Melksham Town FC were formed in Season 2019-20 playing in the Wiltshire County FA Veterans’ Cup, reaching the semi-final before the Coronavirus struck. The team entered the Corsham Print Wiltshire Senior League Veterans Division for the first time in Season 2020-21.

Reliable Goalkeeper who has a passion of falling off horses.

Match fee collector. Don’t mess with him, his son is a undefeated boxer.

Scared to put his foot in. Deadly from 12 yards. Never buys a pint.

Actually got better at playing than when he was younger.

The quiet assassin. The good looking bloke in the team.

The enforcer, when he plays well, we play well.

Tough tackling midfielder, who loves a beer or 10.

In case you never knew has played at Wembley with two others!!!

In the top 2, as the worst finisher within the team.

A lot happier in the last year or so. Has taken 30 years though.

Captain of the team. Another one who will tell you all about Wembley! Bothered.

Top scorer, but in the top 2 with Stadds. Scored at Wembley for Stevenage. Also played for Swindon, FGR, Wycombe Wanderers. Tells us every game about it!

The Darren Anderton of the side. Always injured.

A tortoise is quicker!!!!

The only assistant managers NOT to be at a game this season.

Biggest hands ever. Don’t think I have ever seen anyone go down injured or have a rub yet!!!

Captained Wiltshire under 18s. Won Western League, Les Phillips Cup and Wiltshire Senior Cup with Corsham Town. After knee surgery had spells at Malmesbury Vics and Calne Town. Also great in goal, except he often forgets he is an outfield player hence why he has received 3 straight reds for deliberate handball with his most recent being against Marlborough in the Semi Finals of this Cup!

Previous clubs Trowbridge Town, Paulton Rovers, Bath City &amp; Chippenham Town where he captained the side at Wembley. However, biggest career moment was his diving header winner in the last minute verses Trowbridge Tigers a couple of weeks ago!

Previous clubs Bradford Town, Calne Town and predominantly at Corsham. If his feet were as good as his head he would have played a lot higher. Youngest ever player to play in the western league at 15 for Calne after his dad forced him to play against Bridgewater away, lost 7-0. Would have had a better game if he didn’t have to do his paper round in the morning! Favourite players Zidane, Messi, Gerrard and Lee Burns. Least favourite son of Mel’s.

Made his Western League debut for Corsham in 2007/08. Has a lovely left peg, is agile, looks good in our new all green strip and he is quiet and assuming. Hardly hear a word from him when he’s on the pitch! Younger looking brother of Craig and Mel’s favourite son.

What he lacks in speed he makes up in passion. Started his Western League career for Corsham Town back when he was 17. He moved to Wales and played in the Welsh league. He has recently returned to Wiltshire and signed for Corsham Town vets to be reunited with his beloved Corsham Town team mates even if some of them used to shout at him when he first broke into the first team!

Clearly the most well bread person in the team as he has some land! Played for Corsham, Cheddar and Bridgewater Town. In later years played for Box and Colerne Sunday teams. On his honours board is 5 Saturday league wins plus 3 cups and 6 Sunday league wins and 1 cup. Most respected player Chris Jones!

Joined Corsham Town as a 16 year old. Won western league title, Les Phillips and several Wilts Senior Cup titles with Corsham. Spent 3 seasons away from the club with rivals Calne and Melksham before re-joining for his final spell in the Western League under the influential Mel Gingell.

Played in the West Yorkshire League, primarily for York R.I. and Rowntrees FC, interspersed with a 3 year sabbatical on the inferior side of the Pennines, playing for clubs in the North Lancashire Premier Division and for Lancaster University. Arriving in Wiltshire, had a brief spell with Bradford Town before settling down to a decade and counting (hamstrings permitting) of Chippenham Sunday league.

A Corsham Town regular throughout the 90’s helping the team win 3 cups, the Wilts League 1 title and promotion to the Western League, including scoring Corsham’s first goal at this level. Partial to a drag back or two and a fancy flick on the edge of his own box which Chris Jones has loved for 30 years!

(Looks 25 as suggested by every opponent so far this season). First season representing Corsham Vets. Majority of my playing time have been in the Hellenic League, representing Bicester Town FC and Upper Heyford FC. The new Luke as he also loves a drag back or two and a fancy flick on the edge of his own box which Chris Jones has loved for 6 months thus far!

Joined Corsham Town in the early 90s and went on to win multiple trophies as player and coach of both the first team and reserves. Renowned for his goal-scoring and fitness; he is currently out for 6 weeks with an injury and has a solitary goal to his name which was a cross!

Previously represented Corsham Town, Calne Town, Devizes Town and Swindon Supermarine. A player who spent an entire career demonstrating a spectacular lack of self-awareness, his ambition completely outstripping his ability. The most remarkable thing about him was just how unremarkable his achievements were as a player.

Can play anywhere on the left side. His 51 previous clubs include Chippenham, Melksham, Calne &amp; Corsham . Very quick in my day and was known as the club joker. Nowadays everyone is laughing at (not with) his Tik Toks. First player to score a hat trick for Corsham in the Western League.

Number 2 was always my shirt playing right back or right wing back for many seasons; ‘was’ is the operative word as he might be lucky to get number 16! Always looking to attack but mainly a reliable defender. Played for Corsham winning numerous trophies with the standout being the Screwfix Premier League. Has also played for Malmesbury Vics, Chippenham and Hungerford town.

Played for Corsham Town for many years and was part of the Western League Premier Winning Team in 2006-07 season. Despite losing a few yards of pace he has consistently maintains a 1 in 5 (sometimes 10) conversation rate in front of goal. Defenders do not have the slightest clue how to deal with him which is ideal as his team mates don’t have a clue what he is going to do next either!

Started off playing for Corsham as a 16 year old representing the U18s before going on to play for the reserves and first team. Hamstrings made of candy floss. Has always known where the net is and is one of the youngest in the side. He has one of the worst hair lines in the team but a least he can have a choice of how he has his hair!

Previous clubs include Bradford Town, Melksham Town, Calne Town, Larkhall and Corsham. Loves football as well as a good moan and is why he gets on so well with Joner. Can play anywhere, has an eye for goal and has a wand of a left peg. Unfortunately his right peg is like Douglas Bader’s. For you youngsters replace Douglas Bader for Oscar Pistorius!

Started career at Brighton &amp; Hove Albion, moved into non-league with Poole Town &amp; Weymouth and Trowbridge Town Now work for Southampton Academy. Fox in the box, if you need a goal get Bowney on but mobility nowadays is provided by a zimmer frame!

Has predominately represented Corsham Town through his career and was the Captain for Corsham’s promotion to, and first game in the Western League. Played his first Western League game for Melksham in the Mel Gingell era in the 80’s! Highlight of his career was when he was on the bench for Melksham at the old Yeovil ground and Mel put himself on before him! With no manager on the bench he brought himself on a couple of minutes later and as expected received Mel’s wrath!

CONGRATULATIONS TO ALL FINALISTS

More than just another box ticked... We make incredible merchandise to support amazing businesses promote their own brands. Service

GET READY FOR NEXT SEASON WITH

myClubinsurance For amateur and semi-professional sports clubs To make sure you are appropriately covered, our myClubinsurance policy can be built around your particular needs. Whether you require stand-alone liability cover or full buildings and contents protection, the policy can be adapted to suit.

myclub@bluefinsport.co.uk | bluefinsport.co.uk/myclub 0023-0918 Bluefin Sport is a trading name of Marsh Ltd. Marsh Ltd is authorised and regulated by the Financial Conduct Authority for General Insurance Distribution and Credit Broking (Firm Reference No.307511). Registered in England and Wales Number: 1507274. 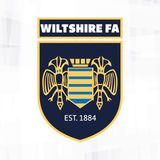