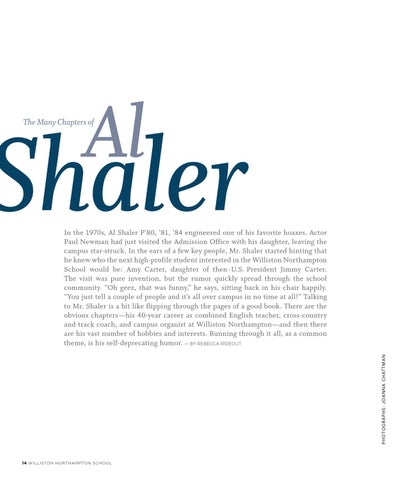 Shaler The Many Chapters of

In the 1970s, Al Shaler P’80, ’81, ’84 engineered one of his favorite hoaxes. Actor Paul Newman had just visited the Admission Office with his daughter, leaving the campus star-struck. In the ears of a few key people, Mr. Shaler started hinting that he knew who the next high-profile student interested in the Williston Northampton School would be: Amy Carter, daughter of then -U.S. President Jimmy Carter. The visit was pure invention, but the rumor quickly spread through the school community. “Oh geez, that was funny,” he says, sitting back in his chair happily. “You just tell a couple of people and it’s all over campus in no time at all!” Talking to Mr. Shaler is a bit like flipping through the pages of a good book. There are the obvious chapters—his 40-year career as combined English teacher, cross-country and track coach, and campus organist at Williston Northampton—and then there are his vast number of hobbies and interests. Running through it all, as a common theme, is his self-deprecating humor. — By Rebecca Rideout

This is the spring 2013 edition of Bulletin, the Williston Northampton School's bi-annual alumni magazine. 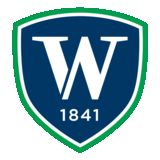