WILL POWELL Architecture Student The University of Texas at Austin Portfolio.

The Lady Bird Lake Waterfront is one of Austinâ&#x20AC;&#x2122;s most attractive amenities, creating a greenbelt of parks and public spaces connected by the Ann and Roy Butler Hike and Bike Trail. However, the waterfront suffers from an underdeveloped connection with the rapidly expanding Central Business District. As people continue to move into the downtown area the need for an engaging connection to the waterfront increases.

To avoid interrupting the continuum of the park, this project is conceptualized as an open pavilion with a minimal amount of enclosed program. All services and back-of-house functions are contained underground. There are three enclosed volumes that form performance spaces, each corresponding to a specific size and type of event. Finally, a single, united canopy connects indoor and outdoor spaces and projects the park out over Lady Bird Lake.

The Austin Event Center is a platform for Austin culture. It is sited to integrate with the new Austin Central Library in one of the fastest growing areas of the city. This project provides direct access to the waterfront by bringing the Shoal Creek Trail under Cesar Chavez Street, and concluding in a grand plaza over the lake.

The Austin Event Center brings the vibrant and interactive culture of Austin to the waterfront. It forms the connection between Austinâ&#x20AC;&#x2122;s growing Central Business District and the greater Lady Bird Lake park network.

The Austin Event Center is sited to integrate with the new Austin Central Library in one of the fastest growing areas of the city. This project provides direct access to the waterfront by bringing the Shoal Creek Trail under Cesar Chavez Street, and concluding in a grand plaza over the lake.

The Canopy The canopy unites the event spaces and shelters the building and surrounding urban waterfront. It acts as a datum projecting the park out over lady bird lake. It mediates the boundary between interior and exterior dissolving the line between building and public space.

The Events The event space consists of three enclosed volumes each corresponding to a specific size and program of event. Together, the volumes implicitly frame the space between them creating a gateway to the waterfront.

Back of House Waterfront Pier

The Plinth The plinth is an extension of the urban waterfront and public space through the project. It contains all service and back of house functions and connects the event spaces without interrupter the park above.

Back of House Gallery / Cafe

The canopy unites the three volumes and projects the park out over the water.

Study abroad offers the unique opportunity to investigate architecture in an entirely unfamiliar context, disassociated from the comfort of the familiar. As foreigners designing in the deeply historic Tuscan hilltown of Castiglion Fiorentino, our mission is to investigate the culture that makes this place. The town of Castiglion Fiorentino has a rich history dating back to the Etruscans and later developing into a walled medieval hill-town. The livelihood of the city is based on the rich agriculture coming from the surrounding river valley, Val De Chiama. As such there is a strong cultural connection to both the land and the food. Due to a rapid increase in development outside of the historic city walls over the past century, the agricultural fields are being pushed further away from the medieval city-center. Recently, tourism has become

a major source of income for the city. However, the town suffers from poor planning and arduous terrain making the route form the train station to the historic center both challenging to navigate and physically demanding. Our proposal focuses on reinforcing this historic connection between the medieval hill-town and the supporting agriculture of Val De Chiama by reintroducing farming near the city-center. A new pedestrian path from the train station to the hill-top Cassero allows visitors to experience the relationship between the local people and the land, and creates a more direct route into the city. Built into land, a community kitchen and accompanying gallery offers a platform to showcase local food and art, creating a point of contact for locals and tourist to interact and experience the unique culture of this region.

The typology of the wall is deeply rooted in the history of Castiglion Fiorentino. The city has three defensive walls forming concentric rings around the hill-top. These walls not only protected the city, but they also terrace the streets, preventing erosion, and even become structure for adjoining buildings.

The program of the project is arranged in three parts, each associated with a terracing wall

The view of Val De Chiama

The second level is dedicated to the function of learning. A central gallery is flanked by a theater to the right, addressing the school, and the loading dock to the left, addressing the adjacent farmland. Like a renaissance cathedral, the walls are carved to contain complimentary programs, services and vertical circulation allowing the main space to flow unobstructed.

The rapid gentrification of the Saltillo district requires a new typology of housing to meet the demand for increased density while maintain the vibrant social atmosphere of East Austin. This project combines the verticality of a traditional highrise with the social order of a vernacular neighborhood to create a ‘vertical neighborhood’. Traditionally, housing projects are torn between creating personal identity through variation, and the efficiency that comes from repetition. This project consists of 6 sub-communities defined by 3 - 6 unites with shared outdoor space.

These sub-communities are alternated, and stacked on top of each other, giving the tower it’s unique form. By using an obscured modular stacking system, personal identity can be maintained with the efficiency of repeated units. At the center of this project is an ‘open core’ which acts a vertical street connecting semi-public community terraces. This stair case is open to communal spaces encouraging chance encounters and social interaction that is not possible in a traditional high-rise. The semi-public outdoor spaces are the social heart of the project. The terraces provide shared outdoor space for units that would otherwise be completely isolated.

The community terrace is the heart of the vertical neighborhood. Instead of small individual balconies, this project combines the semi-public outdoor space of each unit with the central circulation resulting in vibrant shared spaces that encourage chance encounters and community involvement.

PILOTI is a slender, wood and concrete fixture, developed to increase overall luminance within a space through primarily uplighting strategies. Just as important, and equally considered throughout the design process, is the aesthetic effect of the luminaire in the space while on and off. The commanding presence anchors the room; reading as a strong monolithic sculpture during the day, and at night becoming a far more intricate source of ambient light. The plywood housing has been CNC routed in a way that leaves

only 1/42â&#x20AC;? of material where the pattern occurs. Because the material is never penetrated, when light is not passing through the surface there is no sign of any modification to the wood. The designers have gone to extensive lengths to hide all structure, working to create a piece that has massive qualities while remaining extremely delicate. Initially developed for residential applications, PILOTIâ&#x20AC;&#x2122;s scale and strong sense of materiality easily make it applicable in commercial architecture.

The McDonald and Paul M. Dunn research Forest is located in the Willamette river-valley foothills ecoregion in North-East Oregon. This forest is home to a diverse group of users and activities due to a unique relationship to the city of Corvallis and Oregon State University. Radically different uses correspond to equally varied views on the value of forests in modern society. This project endeavors to bridge the gap between these two fundamentally opposed ideals to demonstrate the value and necessity of both and present a holistic view of the modern forest. The architectural intervention of a conference center is used to unite the industrial and the recreational; the orderly and the wild; the ephemeral and the enduring; the utilitarian and the consecrated.

Sited at a critical junction between these two forest management strategies, this projects creates a connection between the forest as sanctuary and the forest as resource. The campus expands around the shoulder of a hill which faces a recreational, old-growth forest to the East, and a commercially logged, industrial forest to the West. Program is arranged according to its relation with the ideal of forest as sanctuary, and forest as resource. At a center of this junction between sanctuary and resource is a hearth, which unites users from both groups around a communal fire-pit and mantle. The hearth is carved into the ground and defined by a series of community buildings to create and inwardly focused and protected space.

Section A - The Forest as Sanctuary

Section B - The Forest as Resource

The forest as a resource

The forest as a sanctuary

EDUCATION The University of Texas at Austin Bachelor of Architecture Anticipated Graduation: May, 2018 GPA : 3.9

Team member for a high-rise project in Cambridge from the beginning of schematic design through design development. 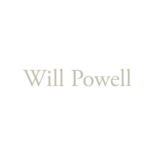