Who Are South Asians?

IN DIAN OCE AN

FIGURE 6.10 Population density of South Asia. People are primarily clustered in major cities, along the Ganges and Indus Rivers, and in coastal areas of South Asia.

The organization or arrangement of an ancient city reveals what the people and their culture valued and how their land use, art, engineering, and architecture represented their cultural values. In Mesopotamia and the Nile River Valley, researchers can clearly identify the leadership class by how the city was distinctly divided into zones that each had a certain purpose, known as the city’s functional zonation. In the Nile River Valley, elaborate structures such as pyramids where leaders were buried with riches beyond imagination point clearly to the leaders of society and also to the thousands of slaves who built the structures. In Mesopotamia, temples called ziggurats stood at the center of cities as a home for gods. Marking the connection between the leadership class (who took their domain from 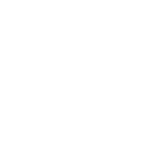