American Rivers Center for Environmental Law and Policy Earth Ministry League of Women Voters of the United States Pacific Rivers Save Our wild Salmon Coalition Sierra Club WaterWatch of Oregon June 30, 2021 To: Hon. Marc Garneau, Minister of Foreign Affairs, Global Affairs Canada Hon. Katrine Conroy, Minister Responsible for the Columbia Basin Trust, Columbia Power Corporation, and Columbia River Treaty, Province of British Columbia Kathryn Teneese, Nation Executive Council Chair, Ktunaxa Nation Kukpi7 Wayne Christian, Council Chief, Secwépemc Nation Chief Clarence Louie, Chiefs Executive Council Chair, Syilx Okanagan Nation Linda Worley, Chair, Columbia River Treaty Local Governments Committee We write from the U.S. side of the border to thank your governments for a service to the entire Columbia River watershed and its people. That service is your sustained collaborative engagement with Canadian citizens, communities, and stakeholders in ongoing negotiations toward a modernized Columbia River Treaty. By making your citizens and communities real partners in the Canadian side of the negotiation, you are helping bring forth a better Treaty for our shared watershed. And it appears to us you have maintained effective citizen engagement through the pandemic – a real feat. Since 2010, our organizations have worked to influence the United States’ priorities in a modernized Treaty. Adding ecosystem function as a Treaty purpose and adding an expert voice for ecosystem health to the U.S. Treaty Entity are our main priorities. We have regularly urged our Department of State, and the two agencies that currently comprise the U.S. Treaty Entity, to establish regular, transparent, two-way engagement with citizens in the U.S. part of the Columbia Basin. However, since no such engagement has occurred since formal negotiations began in May 2018, we learn most of what we know about the process by following your extensive communications about it with Canadians. Your public engagement efforts include: 1. Dozens of regular public meetings that are sufficiently long, allow for substantive twoway dialogue, and are documented (by video, in summary reports, and other accessible formats). 2. A comprehensive website, regular newsletters, media articles, and other communications that provide substantive new information, as well as historical records. Collectively, these foster up-to-date public understanding of the status of Treaty negotiations and your governments’ work in them.

3. A formal public advisory committee that receives updates with more information about the negotiations than is available to the general public and which, as a result, can provide well-informed ongoing feedback to Treaty negotiators, while respecting the confidentiality of the negotiations. 4. Funding research to inform the negotiations that is responsive to public interests, and involves recognized (non-anonymous) experts and sharing the results regularly with the public, accompanied by clear explanations. 5. Providing reliable and substantive responses to public inquiries that fall outside formally organized engagement opportunities. 6. Committing that your negotiating team will not make final decisions on a modernized Treaty without first conducting a final consultation with residents of the Canadian Columbia Basin. We also wish to acknowledge the impressive work of the Columbia River Treaty Local Governments’ Committee. The Committee brings the local communities of the Canadian Columbia Basin together to provide your negotiating team with clear consensus recommendations for the future of the Treaty. And we wish to thank the governments of the Ktunaxa, Secwépemc, and Syilx Okanagan nations, and Canada and British Columbia, for developing a partnership, as governments with shared sovereignty, to work together on the Treaty and related issues. The U.S. Government has so far fallen short of such partnership with Indigenous Columbia Basin nations (tribes) on this side of the border. Thank you for demonstrating with your actions how Indigenous rights and expertise can be better incorporated into the Treaty negotiations process. You are giving the new Administration of President Biden, and the U.S. Entity that implements the Treaty, a demonstration that actively engaging people and communities on the Treaty is possible, and fruitful for reaching agreement on a better Treaty for all in the Basin. We believe citizens and communities, not large institutions, will do most of the work to steward our amazing watershed through ecosystem changes, rising temperatures, and ever-larger numbers of people. Thank you for your leadership to equip us, and for setting an example. Sincerely, Bill Arthur Snake/Columbia River Salmon Campaign Chair, Sierra Club Seattle, WA Greg Haller Executive Director, Pacific Rivers Portland, OR 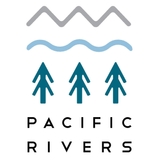