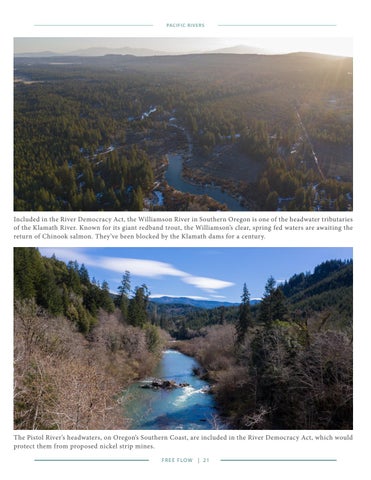 Included in the River Democracy Act, the Williamson River in Southern Oregon is one of the headwater tributaries of the Klamath River. Known for its giant redband trout, the Williamson’s clear, spring fed waters are awaiting the return of Chinook salmon. They’ve been blocked by the Klamath dams for a century.