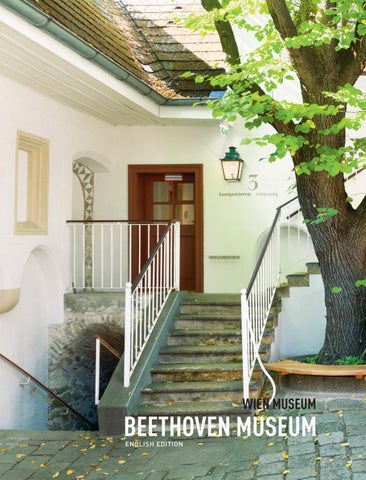 Ludwig van Beethoven (1770–1827) lived in Vienna from 1792 until his death. He spent the summer of 1802 in Heiligenstadt, a popular spa town at the time. Here, Beethoven composed his “Tempest” sonata and the first sketches of his eventual Third Symphony (“Eroica”). Besides the compositions that originated here, Beethoven wrote a letter that has gone down in history as the Heiligenstadt Testament — a striking document that served as a kind of “spiritual and intellectual confession” concerning his encroaching deafness. Beethoven-the-extraordinary-artist takes center stage at the museum, as does his remarkable music. But not only that: The museum also takes up themes such as the listening habits of Beethoven’s audiences two hundred years ago, the social boundaries of his times, and his sounding of new musical possibilities.

“Dear Beethoven! You are about to leave for Vienna to fulfill your long-denied wishes. Mozart’s genius [protective spirit] still mourns and weeps over the death of its pupil. It found refuge with the inexhaustible Hayden but no occupation. Through [Haydn], Mozart’s genius wishes again to become one with another. Through unremitting diligence you shall receive: Mozart’s spirit from the hands of Hayden. Bonn, the 29th Oct. 1792. Your true friend, Waldstein” When Beethoven set off for Vienna in 1792, his patron Count Ferdinand Ernst von Waldstein wrote these lines in the Stammbuch (a kind of autograph book and family album) presented to Beethoven as a parting gift. They appear almost prophetic, with Mozart, Haydn, and Beethoven mentioned in the same sentence.

FOREWORD Vienna is filled with memorials to composers and musicians. How could it be any different in a global capital of music? Plaques and banners adorn dozens of buildings that recall composers or musicians. Beyond that, numerous museumified memorials dot the city. The Wien Museum alone administers eight: three dedicated to Beethoven, two to Schubert, and one each to Mozart, Haydn, and Johann Strauss Jr. If Vienna’s “commemorative infrastructure” is awash with memorial sites, their efficacy is questionable. Certainly, these sites symbolize a musical topography, the sheer magnitude of which commands respect. Indeed, dozens of places of residence are documented for Beethoven alone. But all of these places assume that visitors have already accepted and internalized Beethoven’s relevance. “Beethoven lived here!” — This is a declaration that only a certain awe or reverence can inspire. For the uninitiated, though, the declaration’s message remains relatively meaningless. At this point we come to the fundamental difference between a memorial site and a museum. What the former assumes, the latter conveys. The ideal type of guest is not a pilgrim in search of a connection with a beloved hero, but rather someone inquisitive, someone open to new experiences and insights. It is precisely this curiosity that the Beethoven Museum seeks to facilitate. Before the Wien Museum converted the Beethoven Apartment in Heiligenstadt into a museum, it was a two-room memorial that marked the site where Beethoven wrote his Heiligenstadt Testament. Now, the Beethoven Museum is a 365 square-meter exhibition, a historical showcase that casts light on Beethoven’s life and impact from multiple perspectives. Beginning with a depiction of the young composer’s relocation from Bonn to Vienna, the exhibition goes on to address themes such as the role of politics and social constraints, as well as the significance of nature in Beethoven’s works. The master’s compositional strategies receive special attention, especially regarding his encroaching hearing impediment. All of this furnishes the extensive context surrounding Beethoven’s writing of his Heiligenstadt Testament, a document that proved decisive for his subsequent life. It expresses nothing less than Beethoven’s overcoming his despair through the acceptance of his mission as a composer. The Beethoven Museum is the first institution in Vienna that advances a comprehensive musical biography of this kind. Naturally, the museum aims to reach declared admirers of Beethoven with its novel exhibition, and Beethoven enthusiasts can still make pilgrimages to the site where the Heiligenstadt Testament was written. In addition, though, the museum holds forth the concrete prospect of introducing a new audience to this great composer. It is our hope that other memorial sites dedicated to composers and musicians will reposition themselves in a similar fashion. The Beethoven Museum Vienna has assumed its current form thanks to an amazing team and engaged partner organizations. I offer them my most heartfelt gratitude. Matti Bunzl Director Wien Museum

The history of the house on Probusgasse 6 in Heiligenstadt first appeared in written records in 1454. Among other things, the house served as the residence of the local magistrate before its purchase by a master baker in 1732. It remained a bakery almost without interruption right into the middle of the twentieth century. A 2016 investigation into the house’s history shed light on the building’s numerous renovations, expansions, adaptations, and alterations, bringing scholarship up to date on the function of individual rooms such as the bakery, the street-facing shop, the baker’s apartment, and the storage warehouse. Since 1850, artists have preserved the memory of Beethoven’s connection with the house in paintings, woodcuts and, later, in photographs.

1 arriving The Bakery in Heiligenstadt The history of this house on Probusgasse 6 (formerly Herren­ gasse) begins around the middle of the fifteenth century. After several modifications and renovations, the building became a bakery in 1732, complete with a bakehouse, a storefront shop, and a baker’s apartment above. The Heiligenstadt Testament of 1802 furnishes a written reference to Ludwig van Beethoven’s sojourn in Heiligenstadt. In this letter he wrote to his brothers but never sent, Beethoven expressed his despair at his worse­n­ ing deafness. In 1890, the music scholar Josef Böck-Gnadenau committed the oral tradition surrounding Beethoven’s stay to writing, noting the existence of a garden apartment in the bak­ ery building accessible via a wooden stairway in the courtyard. According to recent scholarship on the building, the garden apartment can only be the upper-right apartment in which Beethoven almost certainly spent the summer of 1802.

â&amp;#x20AC;&amp;#x201D; Land Register of Emperor Francis I, Heiligenstadt and Nussdorf, 1819, with a view from Heiligenstadt

— Phenakistoscope with a recording of the Piano Sonata No. 17 in D Minor, op.31 no.2

Carl Czerny, a student of Beethoven and author of a piano study manual still in use today, wrote the following in his Memories from My Life (1842): “He once saw a rider gallop by his window during one of his countryside stays in Heiligen­stadt near Vienna. The even canter gave him the idea for the theme of the D minor Sonata.” Beethoven composed the Piano Sonata No. 17 in D Minor between 1801 and 1802. Czerny described the sonata as “consummately perfect.” The phenakisto­scope plays upon Czerny’s description of the sonata’s origin.

— Placards for Beethoven exhibitions in Vienna — View of, and entry ticket for, the Beethoven Collection in Heiligenstadt, 1887

The Vienna Beethoven Society was founded in 1954 and was located at Pfarrplatz 2 before moving to Probusgasse 6 in 1970. The City of Vienna purchased the house on Probusgasse 6 in 1967 and, under the auspices of the Wien Museum, established a memorial site dedicated to Beethoven. Since its inception, the Beethoven Society has conducted research on the origins of Beethoven’s music along with its reception history. The organization has also developed exhibitions based on the material legacy of Beethoven’s estate.

French troops occupied part of the Rhineland during the war between revolution­ ary France and Austria, Prussia, and various other German states. Beethoven’s travel notes convey a sense of urgency: the coachman steered his passengers “right through the middle of the Hessian army and drove like the devil.” Had Beethoven left a day later, he would have had to turn back. Bonn and Vienna had been closely bound up politically since 1776. Maximilian Franz of Austria, the youngest brother of Emperor Joseph II, became archbishop and elector of Cologne from 1784. Maximilian adhered to a enlightened worldview, spearheaded comprehensive reforms of the political and educational systems, fostered artists based on the quality of their work, and placed little stock in rank and status. He wore no wig and chose to live in a burgher’s house on the banks of the Rhine rather than in the palace of the elector. 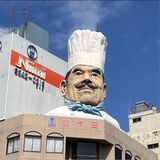